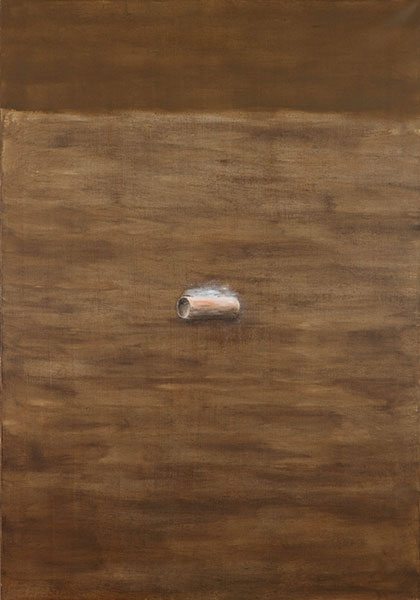 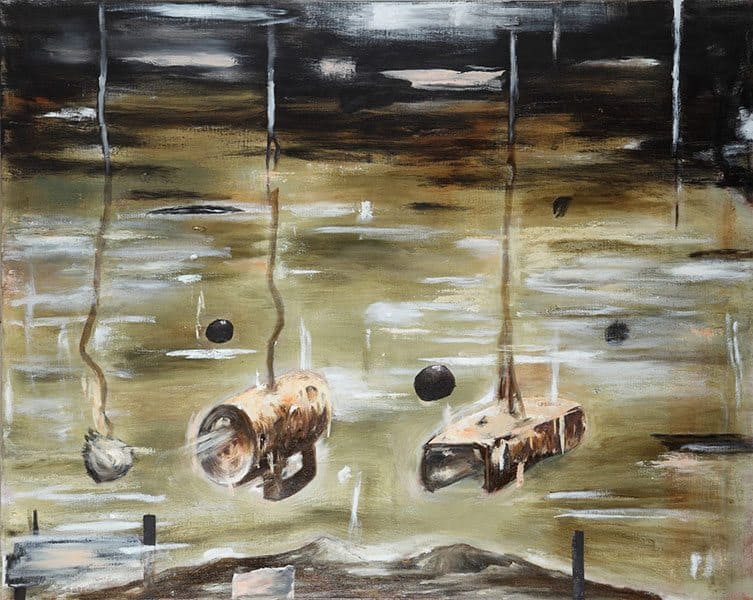 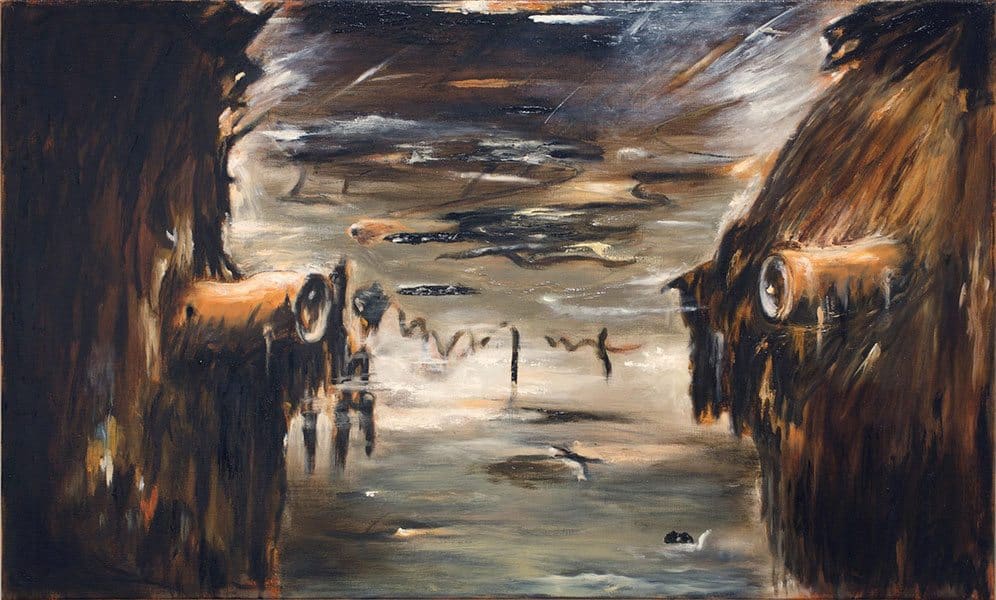 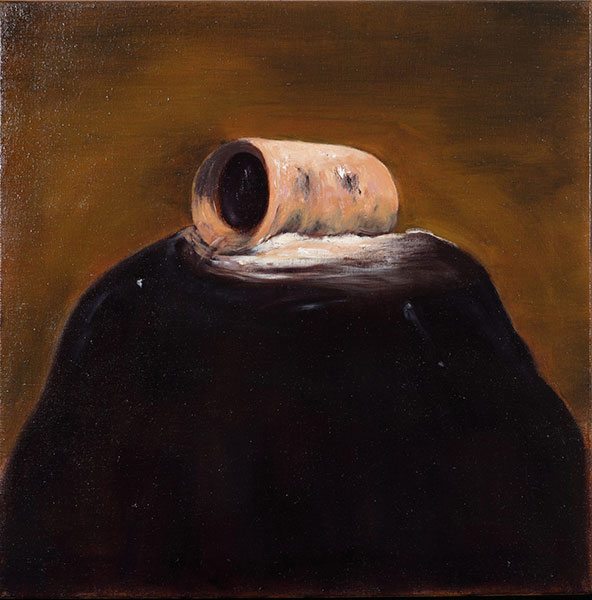 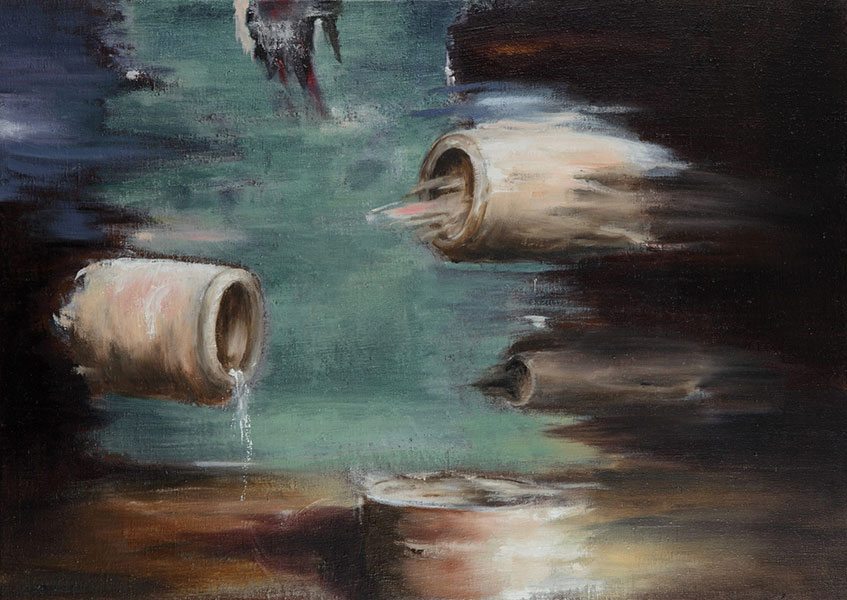 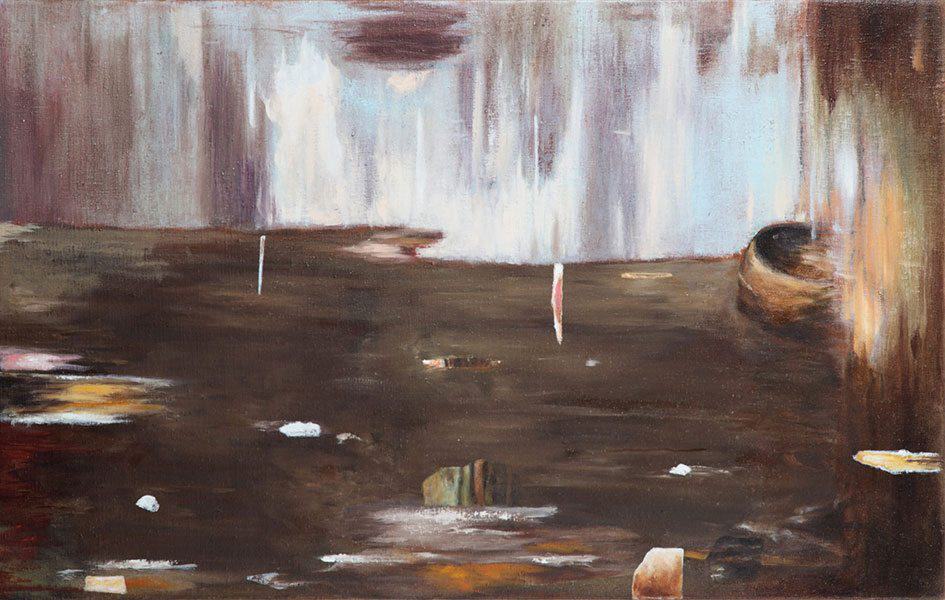 Tyra Hutchens is a Melbourne-based artist who uses traditional oil painting techniques to address the anxious and uncertain times we live in through the synthesising of Old Master, 19th Century, Surrealist and abstract painting, along with an exploration of literary and philosophical themes.

”They are powerful works and stand alongside other artists who are willing to enter the haunting realms and mourn the predicament of the natural world, works that should be recognised as crucial to our human conscience,” said Sheridan Palmer.

Simon Lawrie wrote, “These enigmatic works address the lacuna between words and things, between representation and reality, imitating an existence that is anterior to our experience of it.”

On reflection during a 2010 visit to Spain Hutchens decided to return to painting. Hutchens held a major solo and produced a catalogue for Teeter at the Glen Eira City Council Gallery in 2016. In 2017 he had a solo recent paintings at Fox Galleries and was a finalist in the Wyndham Art Prize.

Hutchens has been involved with education for over 40 years.  Upon graduation from Portland State University he taught adult classes in sculpture and painting.  In Australia he taught adult classes in Albury and Wagga Wagga and lectured at the Riverina College of Advanced Education in Wagga Wagga.  Hutchens lectured at Xavier College for 35 years. In 1995 he traveled to China to study and supervise students studying traditional Chinese painting and print-making.  During Hutchens Masters study at Monash University he supervised undergraduate students during a 2 month study tour of Italy. 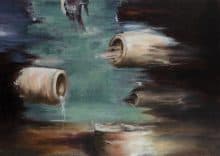