Fox Galleries is proud to present Points to View by Victor Rubin.

‘It’s the fire of the century’ was the first reaction of artist Victor Rubin to the images of the Notre-Dame de Paris alight on 15 April. To see this historic structure, built as a liber pauperum or ‘poor people’s book’ in the twelfth century, consumed in a devastating blaze was quite a sight.

Rubin was shocked and in a passionate response immediately started creating drawings of the Cathedral on fire. He completed his first painting in ‘Points to View’ within days.

He knew exactly how to render the scene. In 1990 he had spent the best part of a year at the Moira Dyring Studio in the Hotel de Ville on the Ile St Louis, Cite International des Arts, a stone’s throw from Notre Dame.

Returning home the following year Rubin made three large paintings of the Cathedral with an almost romantic hue, reflecting the optimism of the times and inspired by his time in Paris. Though these works were not revealed to the public and remained as part of his studio oeuvre, nearly thirty years later they served the artist a point to view the incredible scenes unfolding on his television.

He had kept in touch with friends in France and they told him, in a similar way to stories that circulated after 9-11 in 2001, that there was more to the eye about the fire than the official account.

Rubin was moved to depict his version of ‘Dante and Virgil in Hell’ by Eugene Delacroix, depicting a motley crew of characters being transported through the River Styx in the lower part of hell. He secretly included a newspaper article about the conflagration as a collage within the body of the painting. Notably the walls of the City of the Dead are on fire in the background.

Could it be that the events of April 15 and 16 carry a greater import to the age we are living in than just being a visually compelling blaze of an historic building?

To a world that feels in many ways on fire.

2019 Northwest Kimberley – The Lay of the Land, Fox Galleries, Melbourne 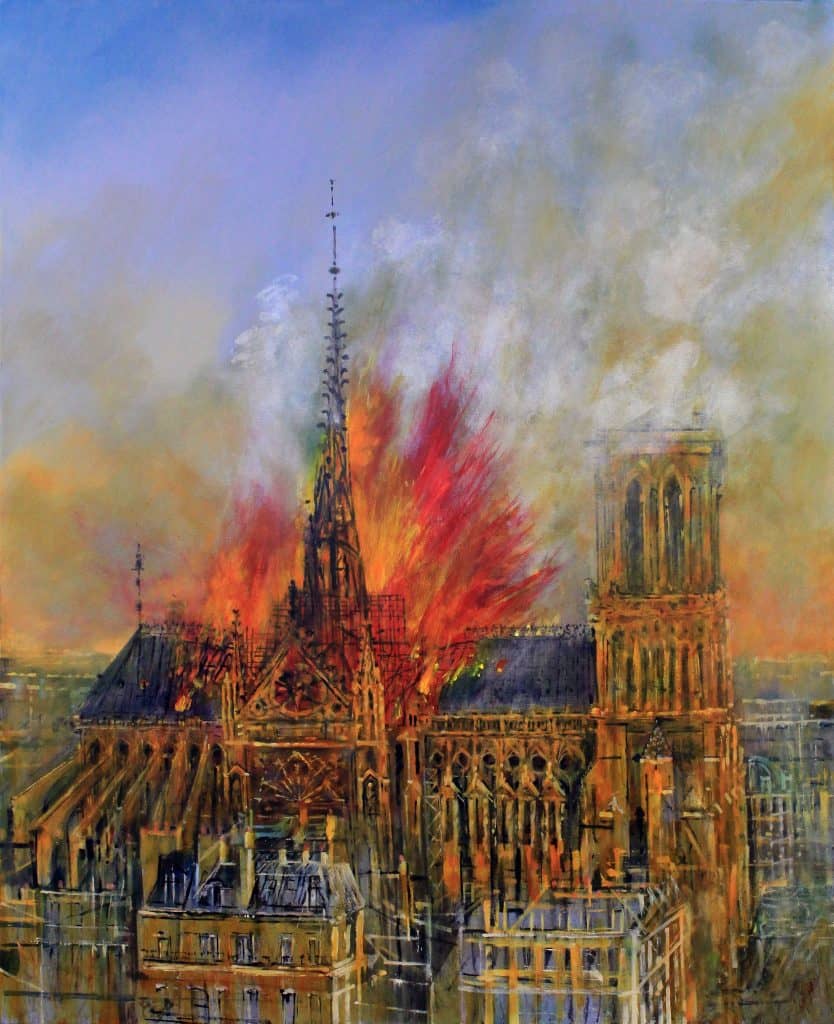 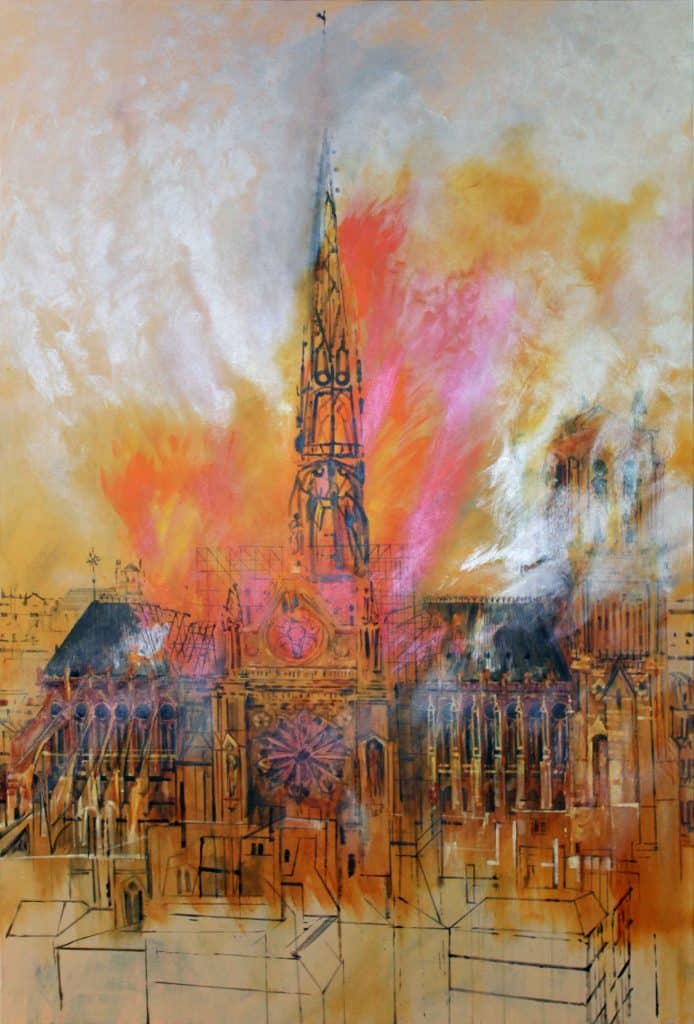 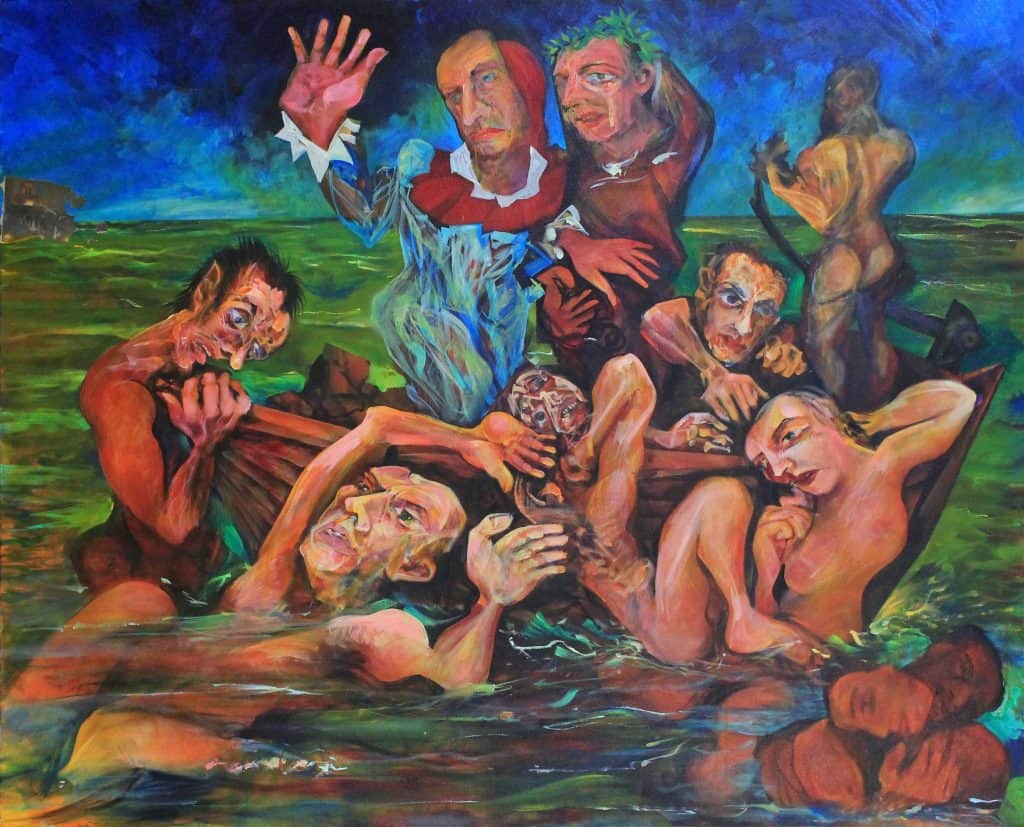 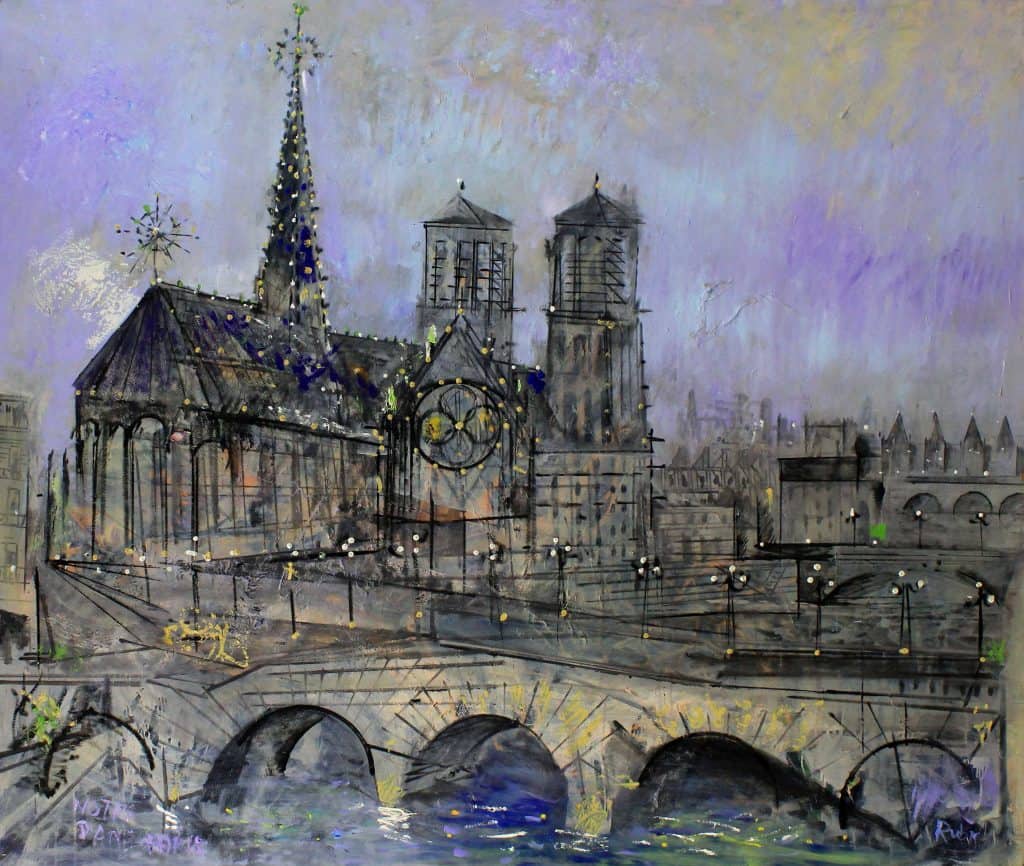 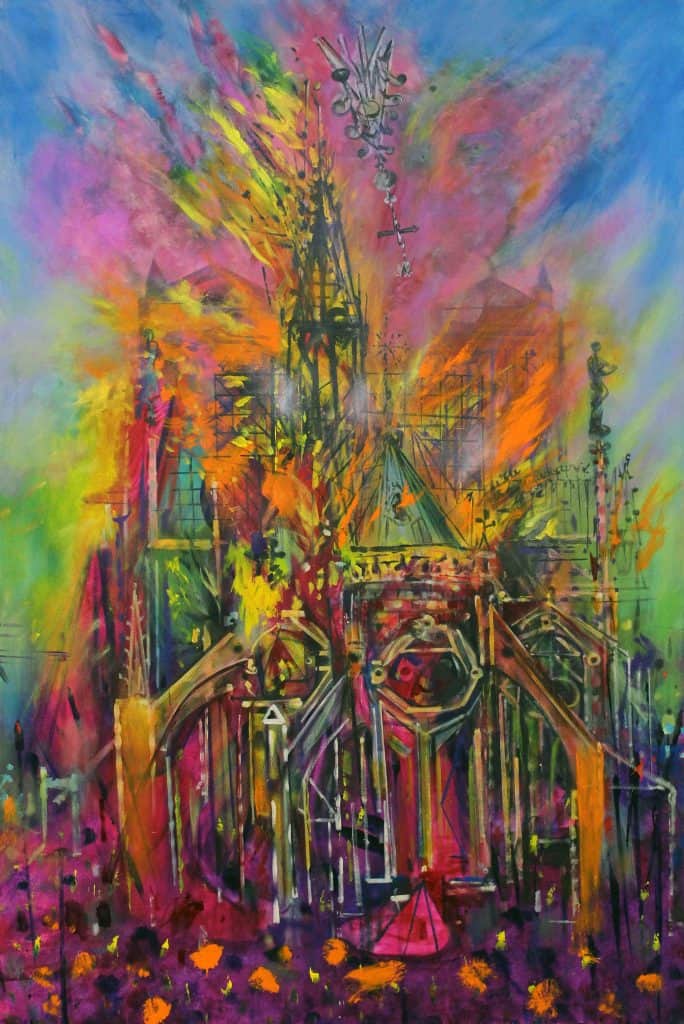 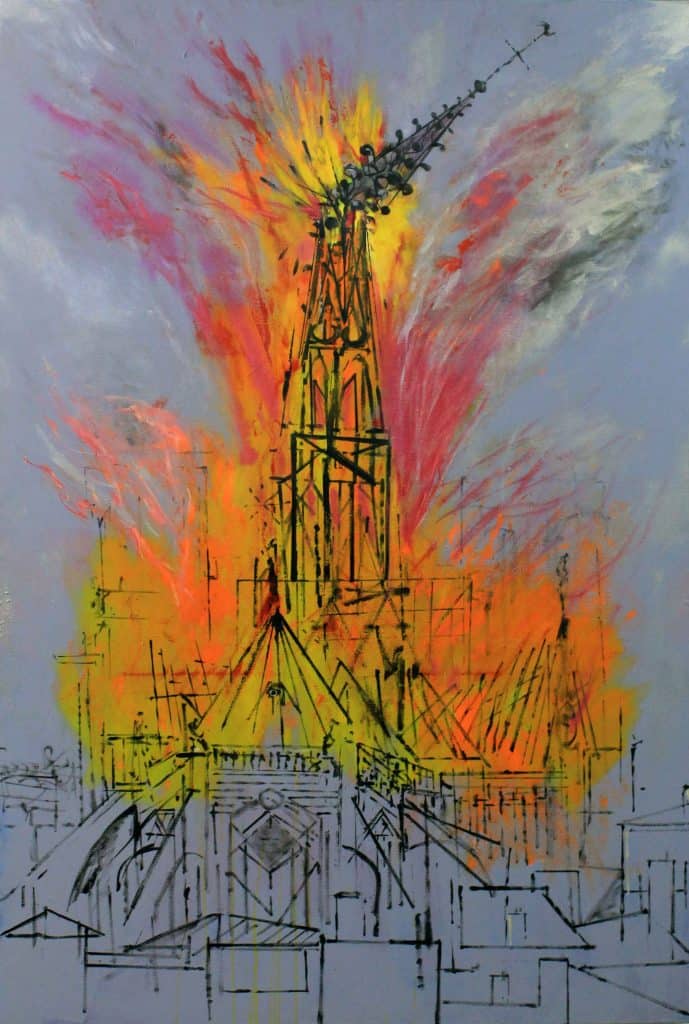 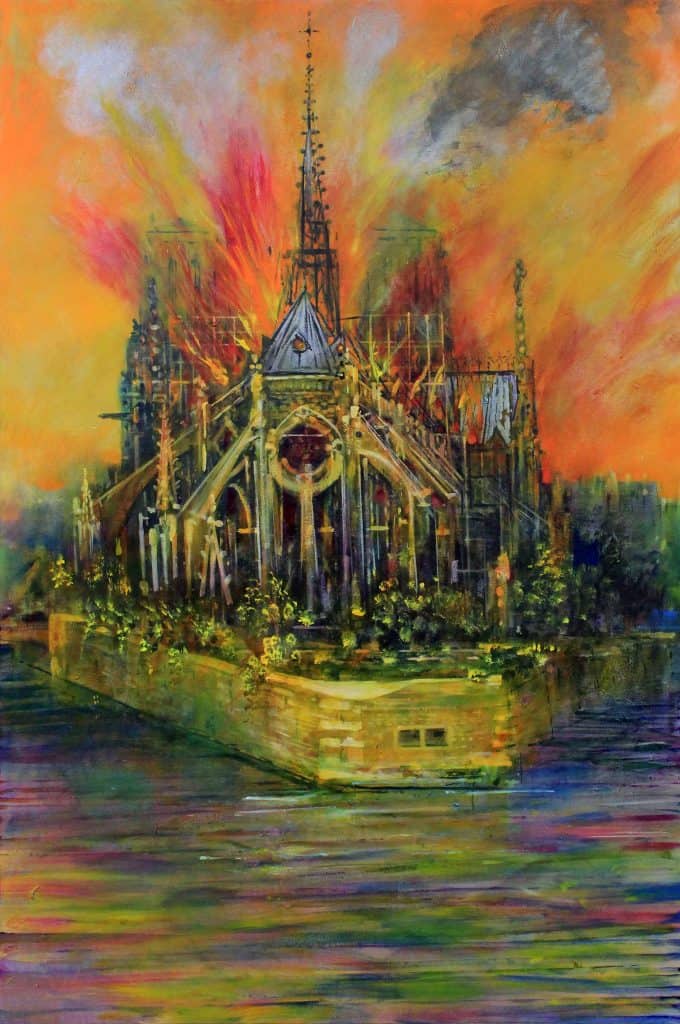 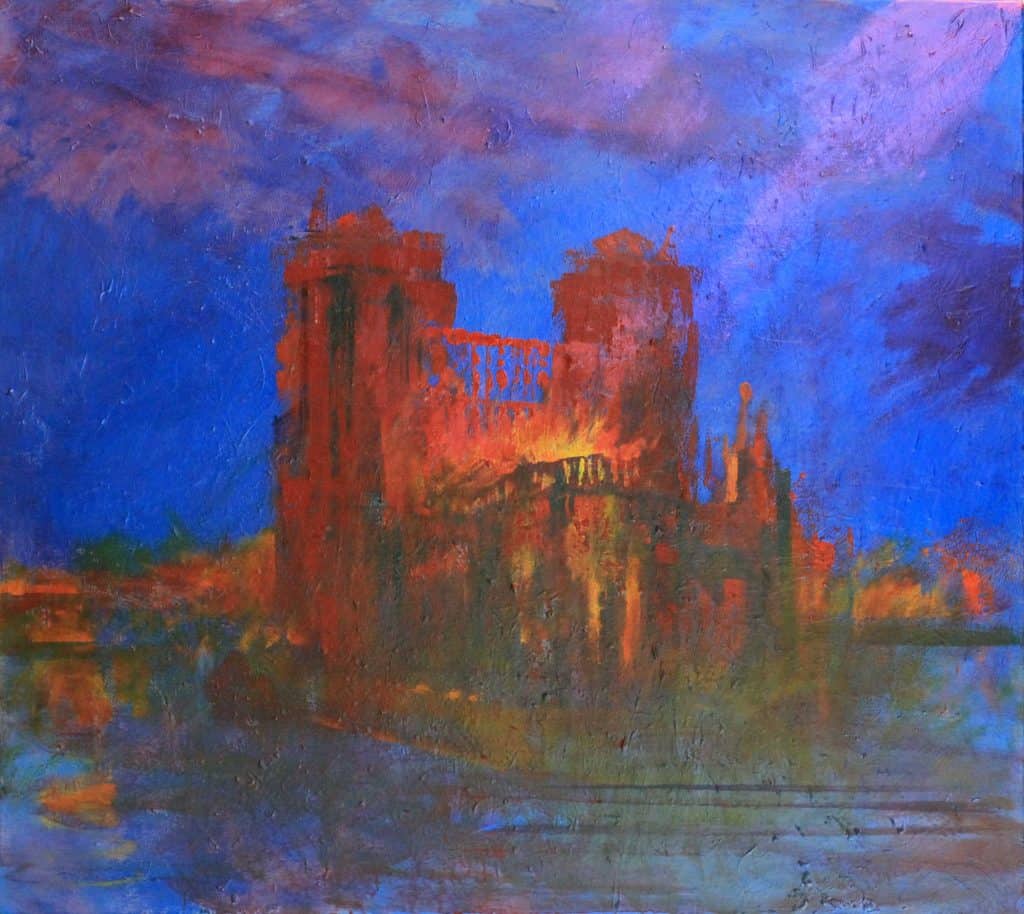 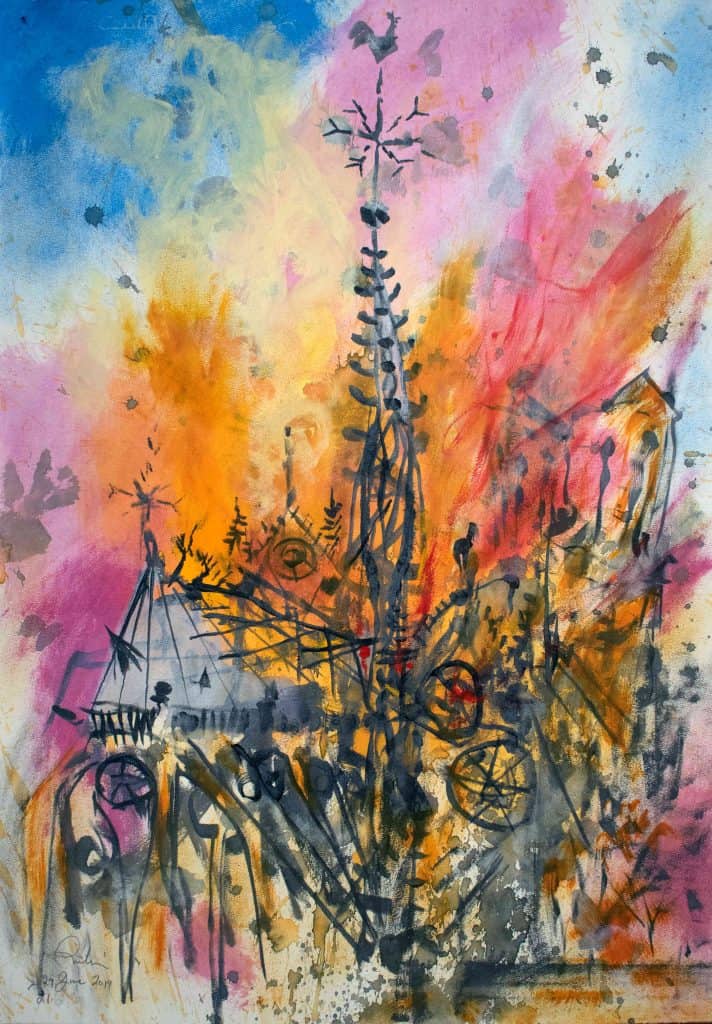 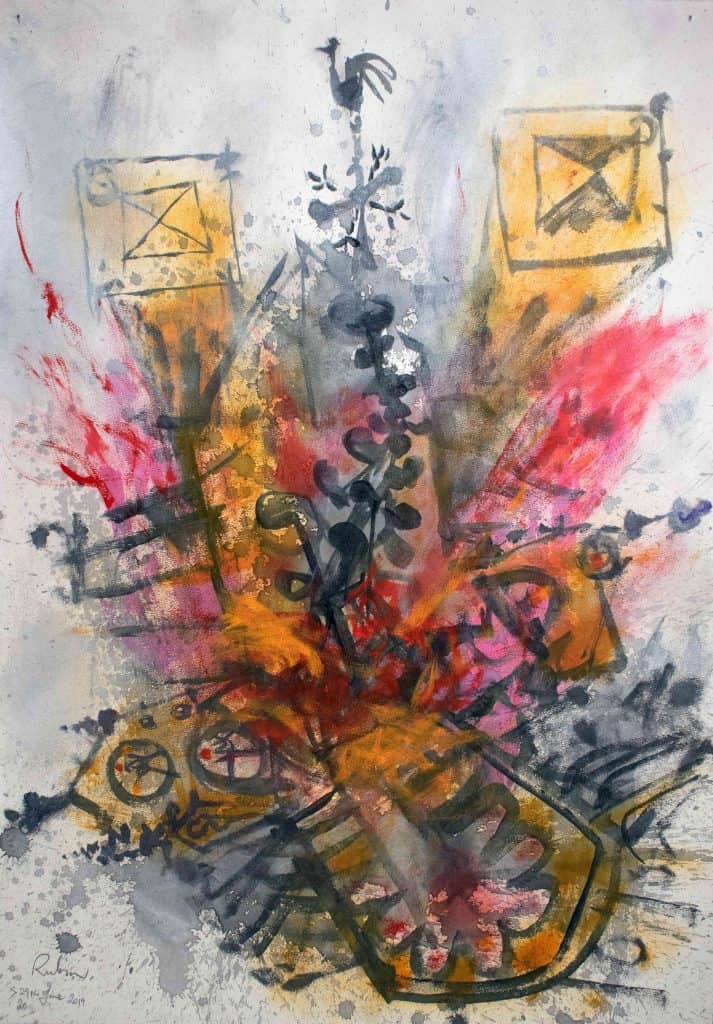 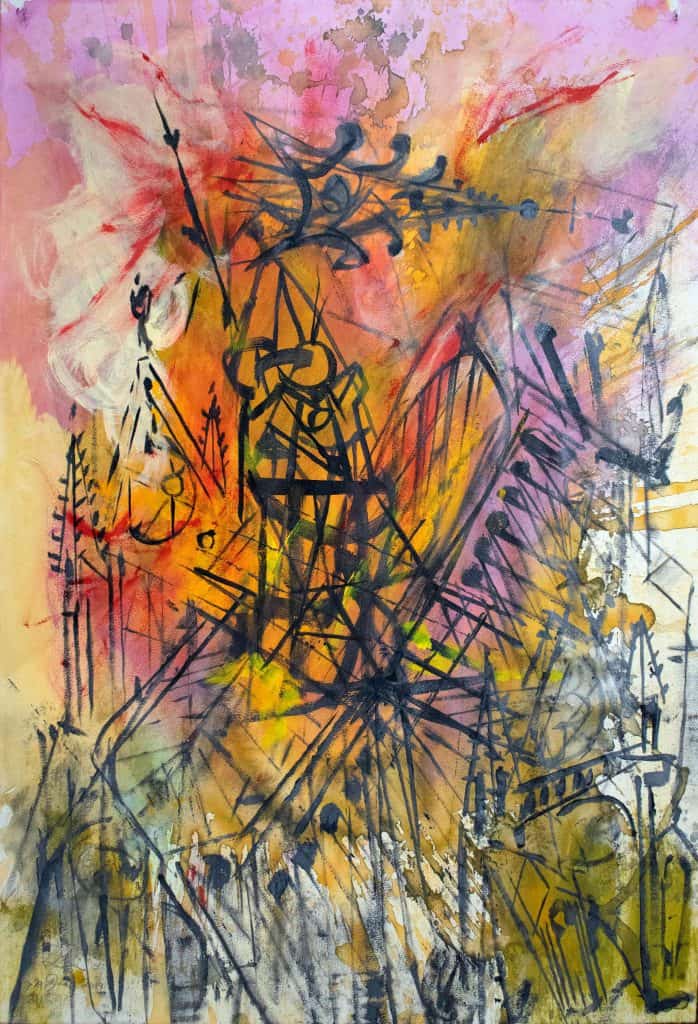 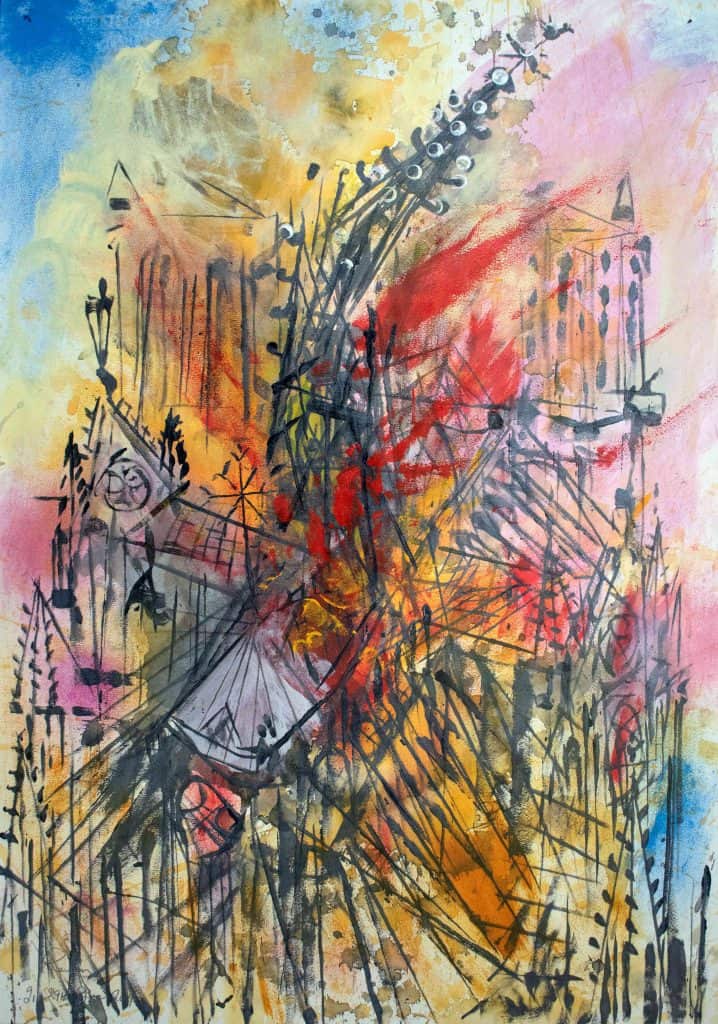 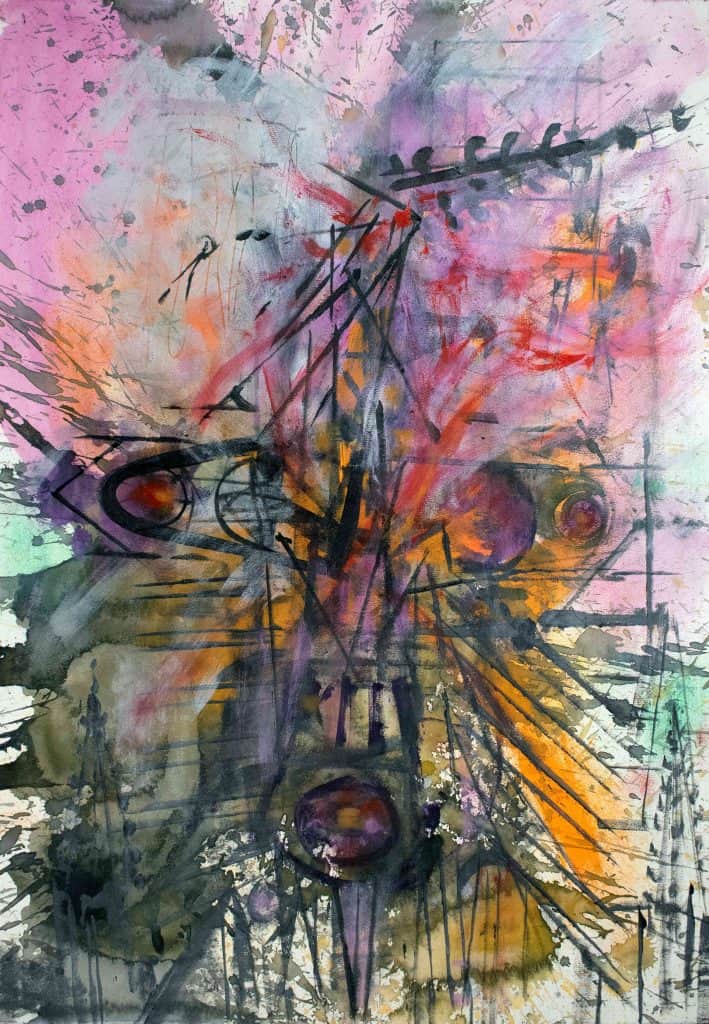 Victor Rubin
Points To View Variations on a Gothic Theme VI, 2019
Acrylic on Hahnemuhle paper, framed
78 cm by 53.5 cm
$3,000
There are no images associated with this tag. 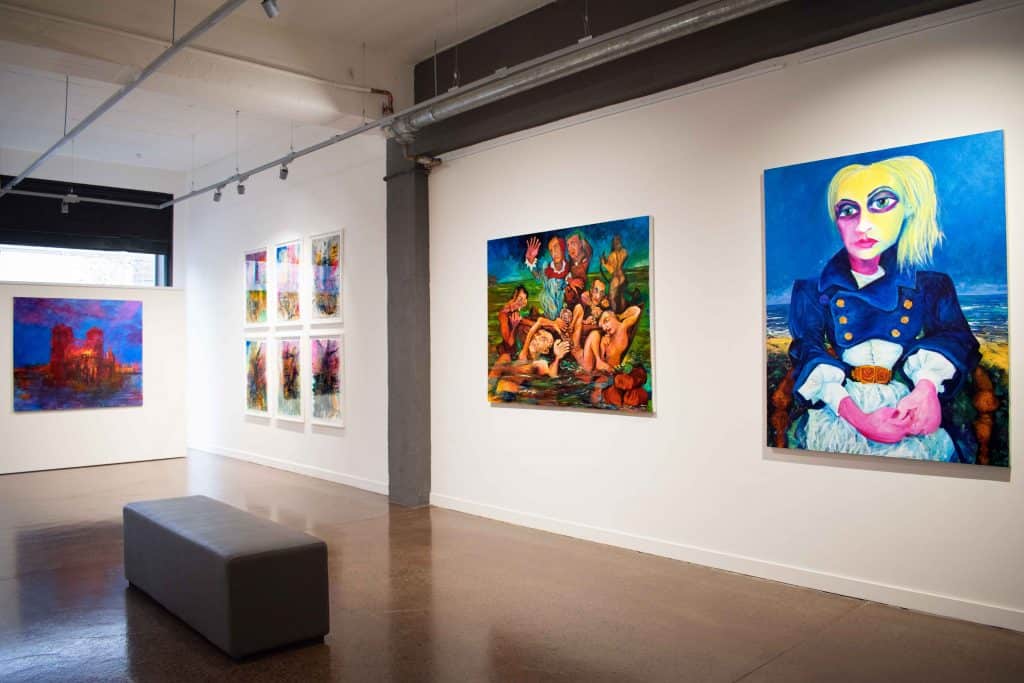 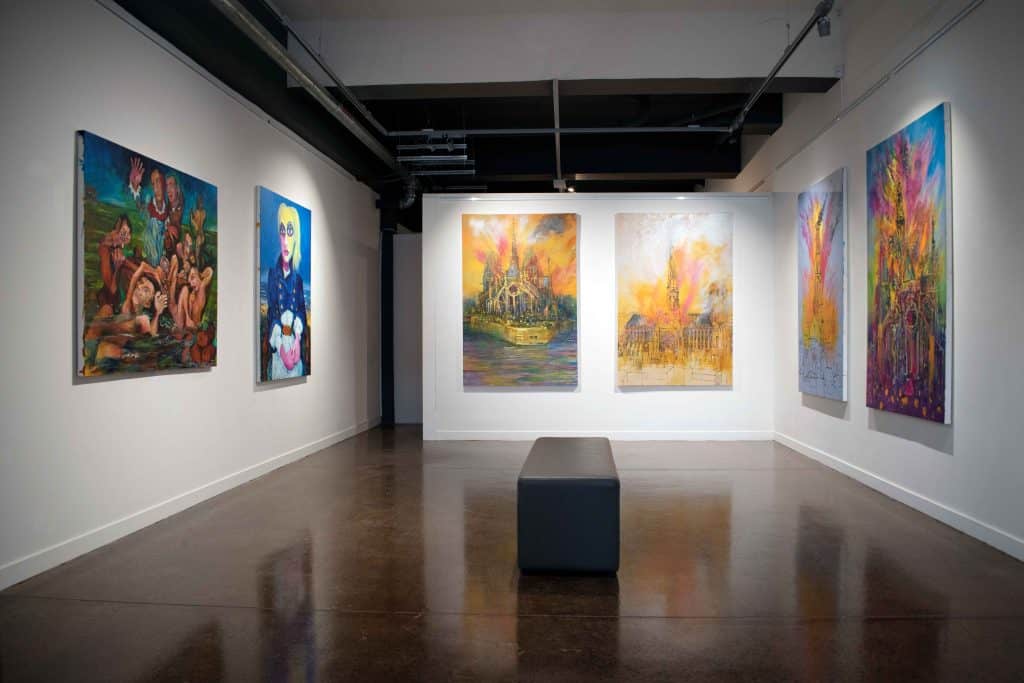