Northwest Kimberley
The Lay of the Land.

Fox Galleries is proud to present Northwest Kimberley…The Lay of the Land by Victor Rubin. This online exhibition can be viewed here or in our stockroom through March 6 – April 2 2019.

Northwest Kimberley…The Lay of the Land… is a collection of rare gouaches created by Victor Rubin in 1992.

After returning from London and Paris in 1990, Rubin travelled around Australia which inspired a body of landscapes. A number of these were acquired by the late Hugh Jamieson for himself and his law firm, which went on to finance a return to the Kimberleys on Beverley Hill Station.

These landscapes, bearing a sense of anatomy through the landscape, engage Rubin’s investigations into the spirit of the place. Some works were made partly en plein air, and partly in the studio.

These unique gouaches, now featured in this special online exhibition, have never been exhibited before now.

As the artist writes:

The lay of the land is sacred, the shapes of its anatomy forms the body, expressing how and why such a natural timelessness exists as pure energy ‘Yorro Yorro’[1]. Forming forms of rhythmic rock formations, explaining time’s eternity, turns boulders into faces and creatures – surprised to be noticed.

There they looked at me as they felt me in their seeing – my hand guides my faith on paper – in the underlying spirit of this place – like in a whirly whirly emanation – its vibration received and channelled…Amen.

The lay of the land is ‘Wandjina’[2] in which I wonder and wander a stranger and guest in these parts. The year I spent there coiled like a snake around a sword – in memory’s mind. The serpent’s choice was heeded…a lesson in dream time extended as the Song of the Earth came from within – so sacred is the lay of the land.

Rubin’s work has been exhibited in over fifty solo exhibitions and numerous group exhibitions including Vox Pop – Into the Eighties at the National Gallery of Victoria in 1983-84,  Australian Perspecta at the Art Gallery of New South Wales in 1983 and 1985, Identities: Art from Australia at the Taipei Fine Arts Museum in Taiwan in 1994 and Return of the White Bull at Geelong Regional Gallery in 2004. 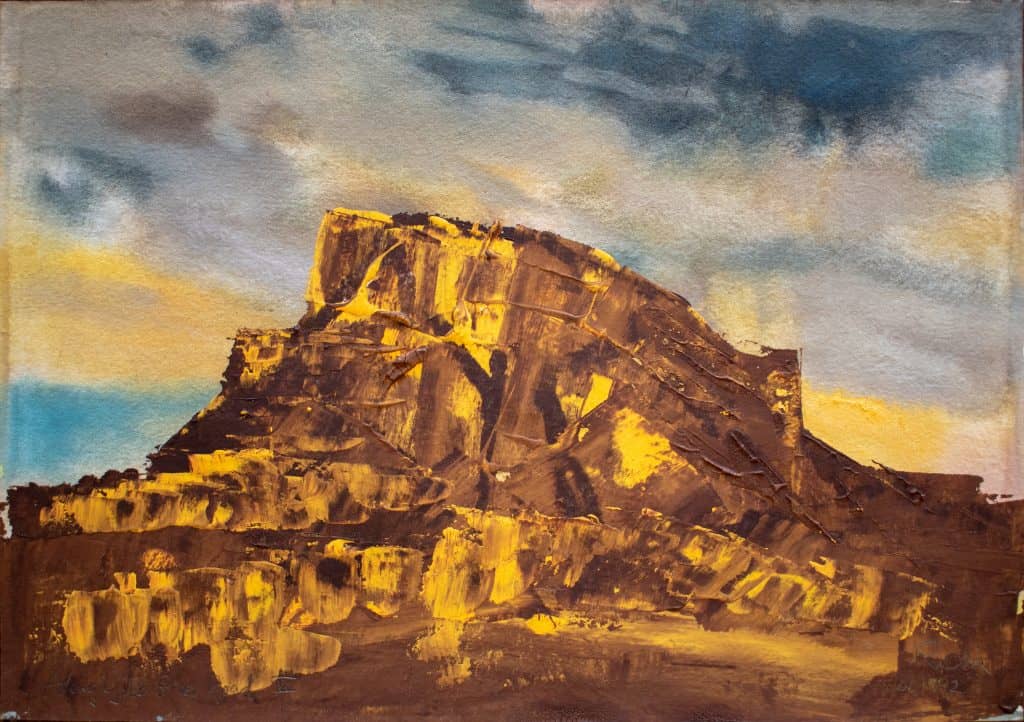 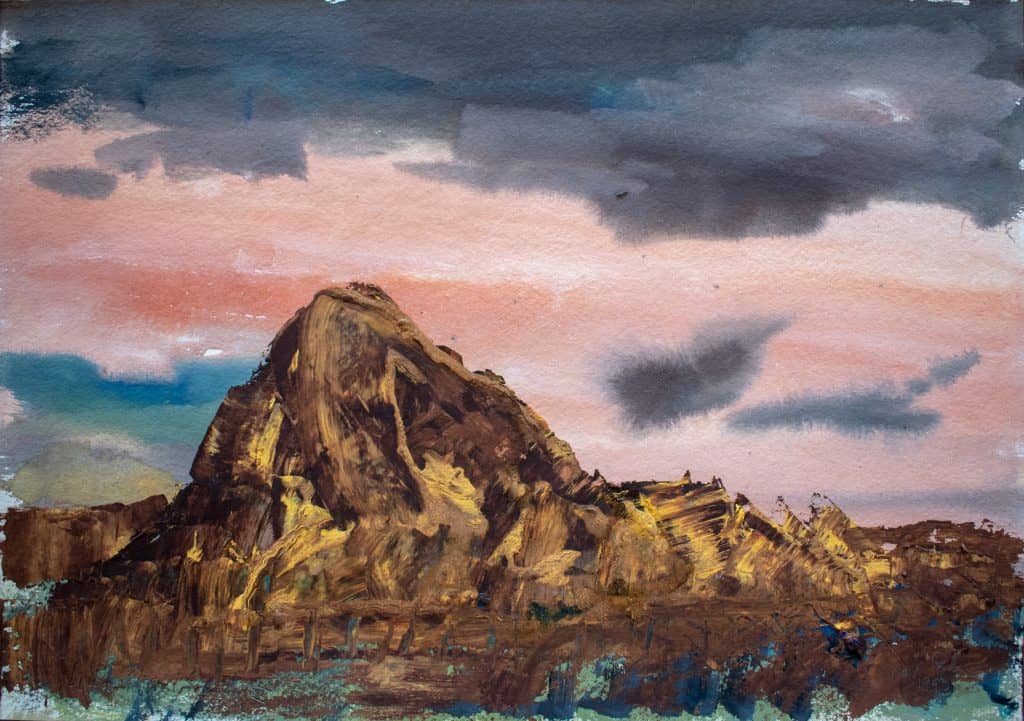 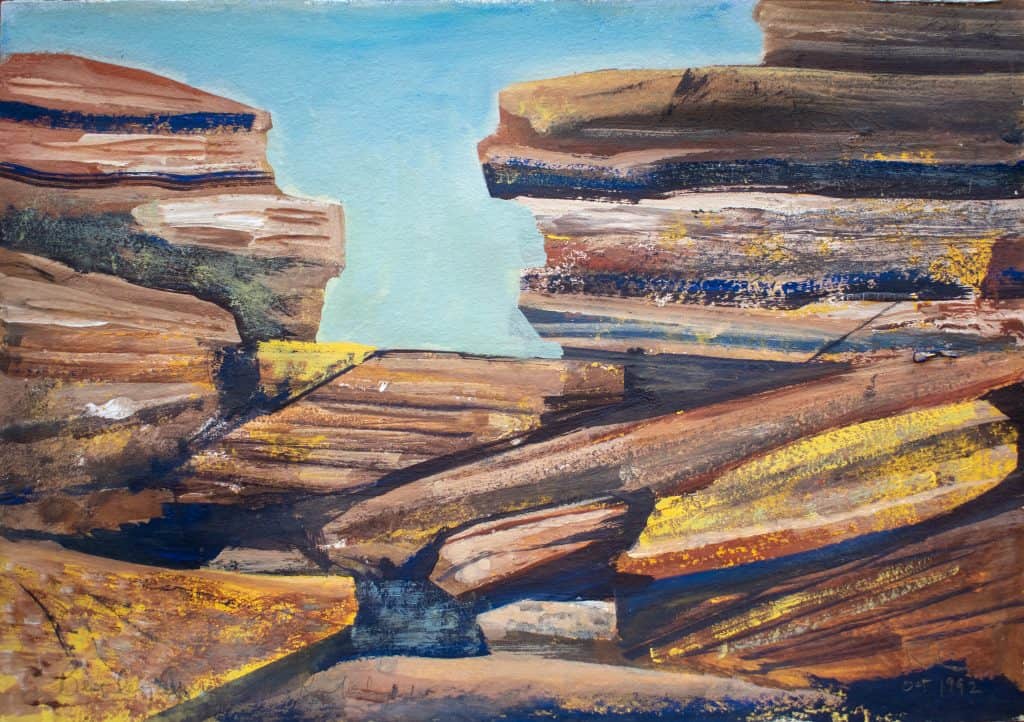 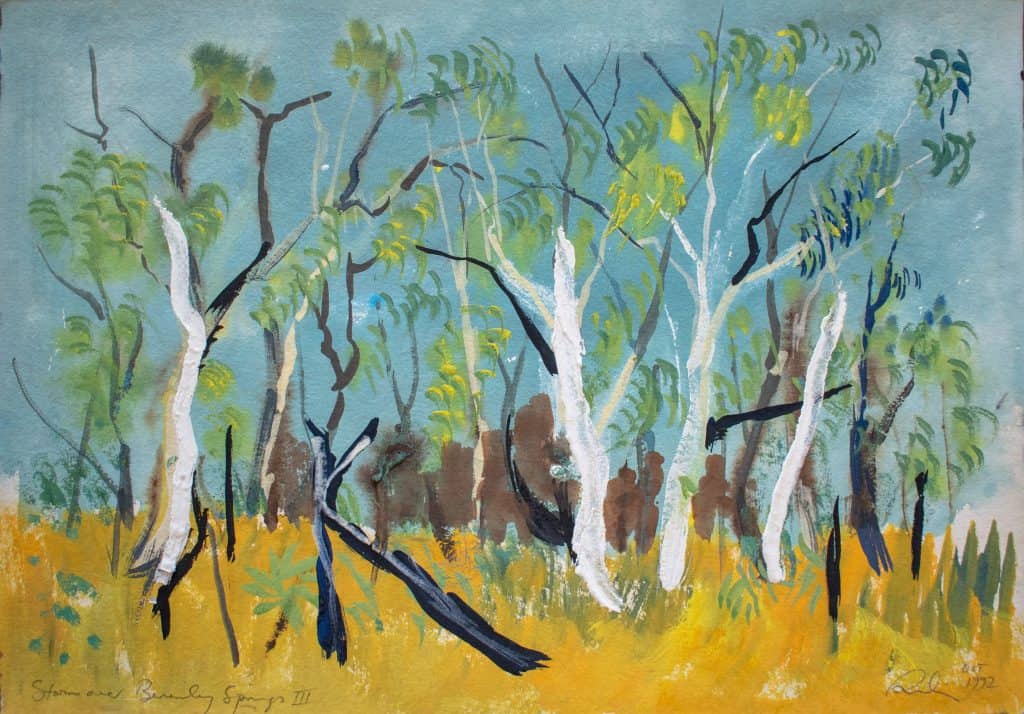 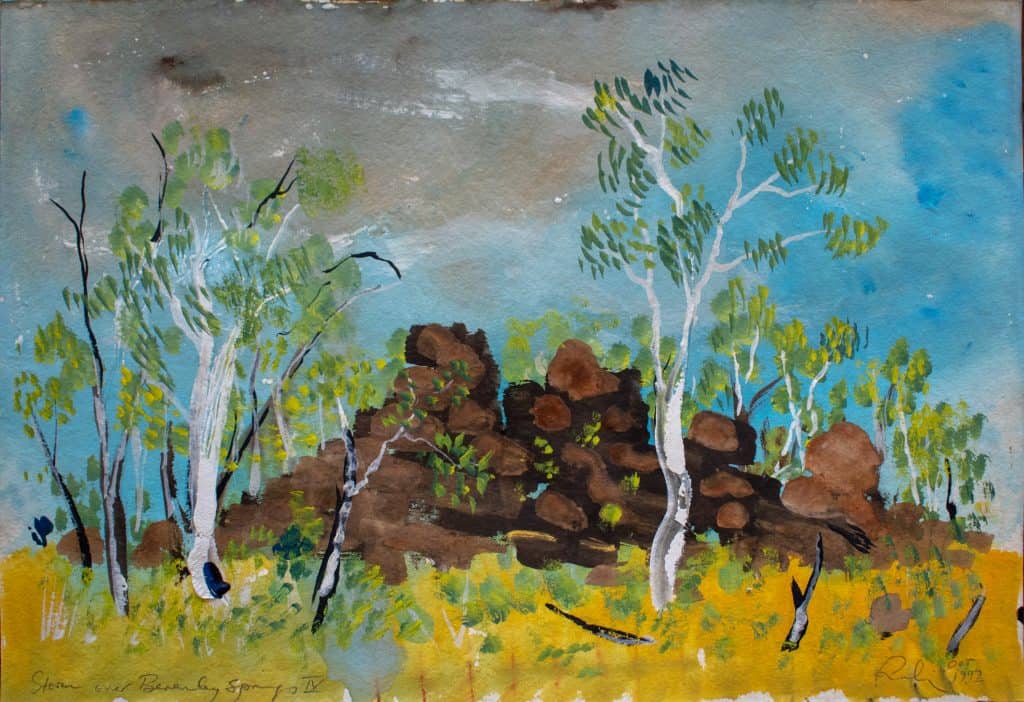 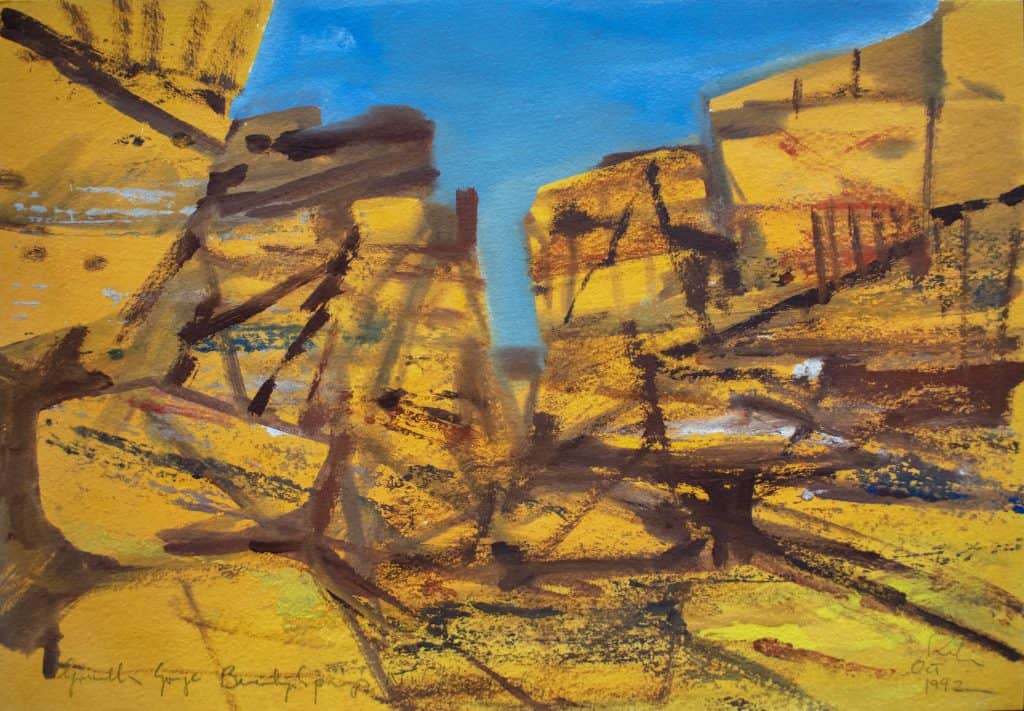 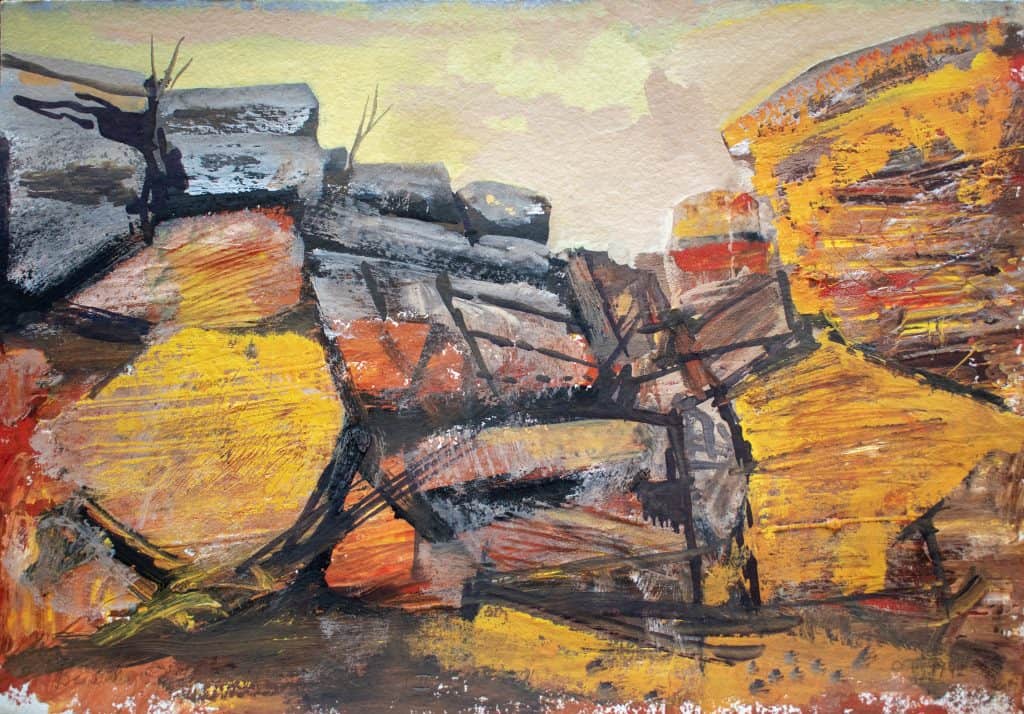 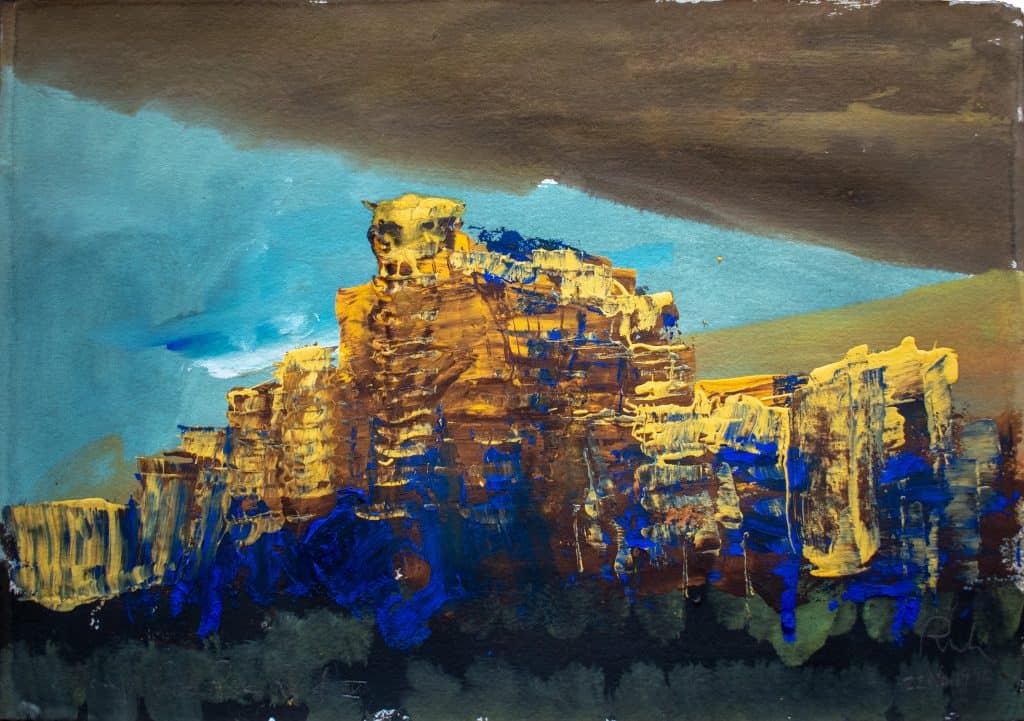 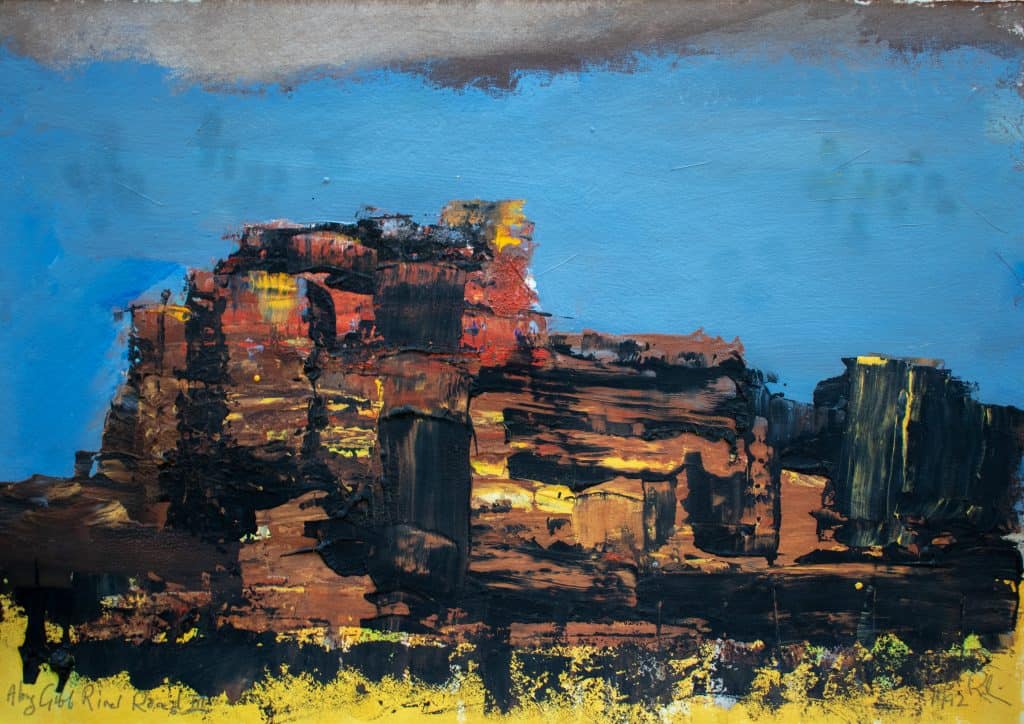 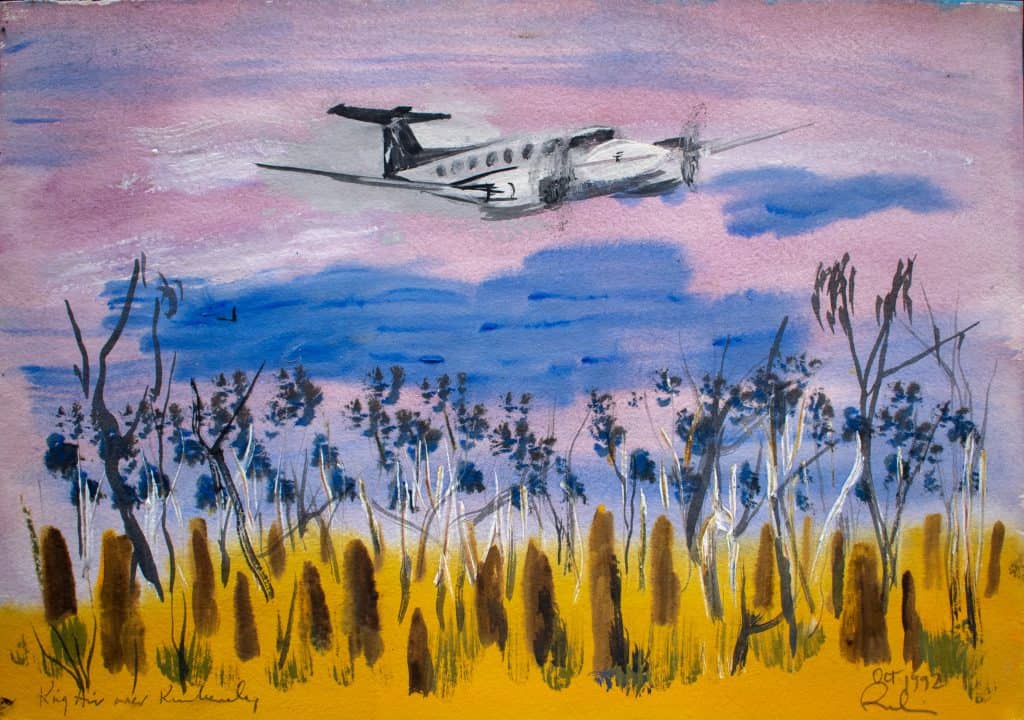 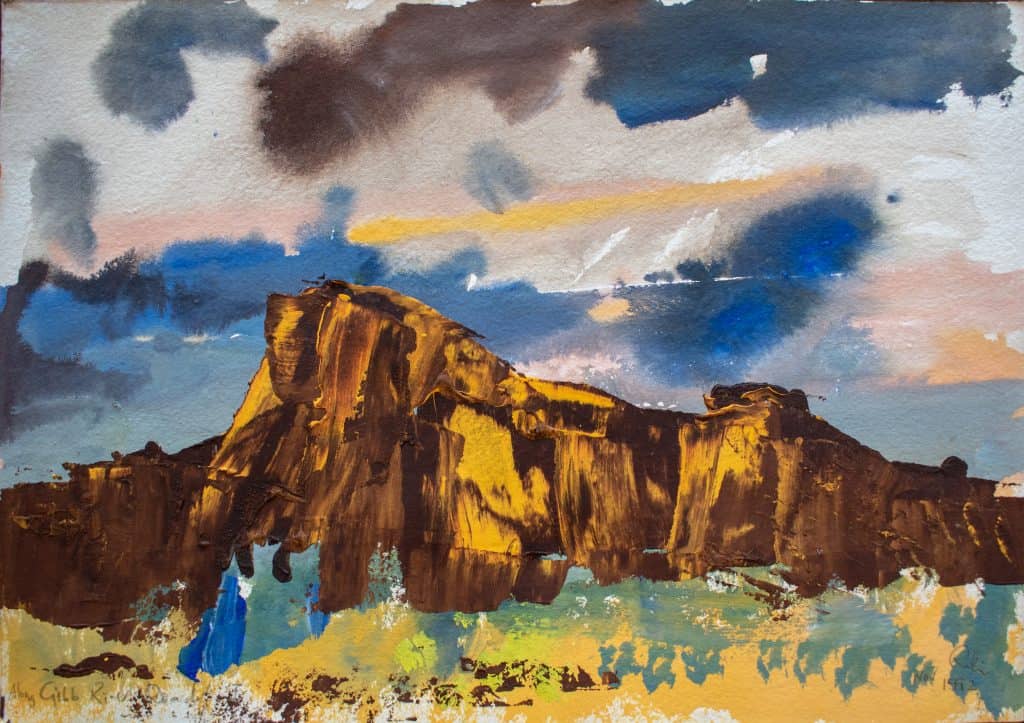 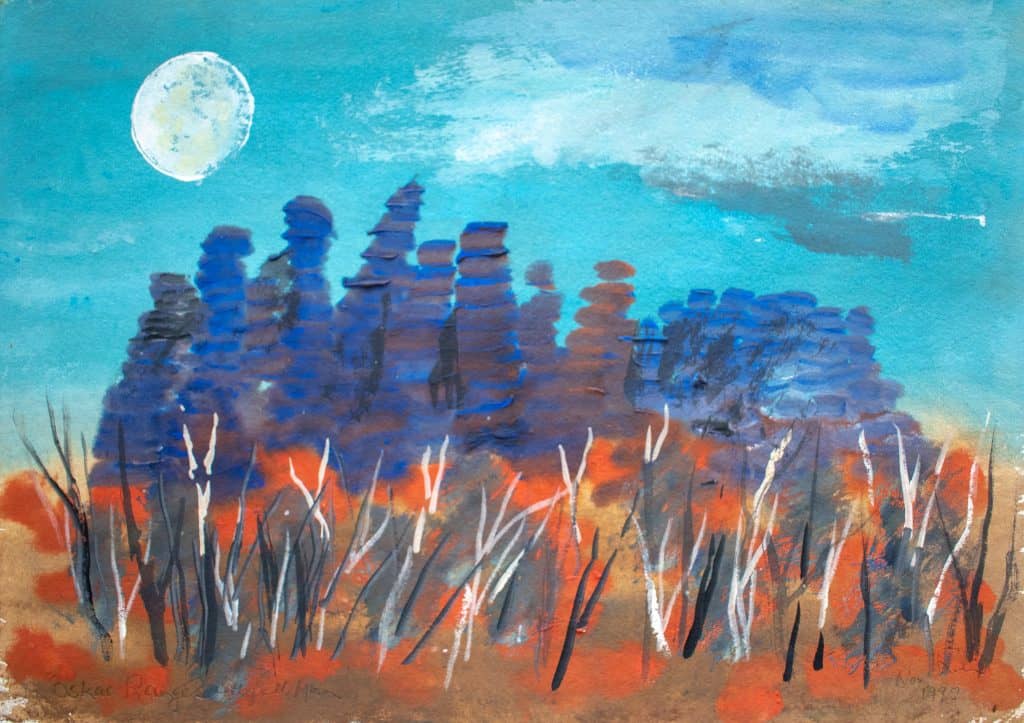