Birds and Animals from the Dreaming 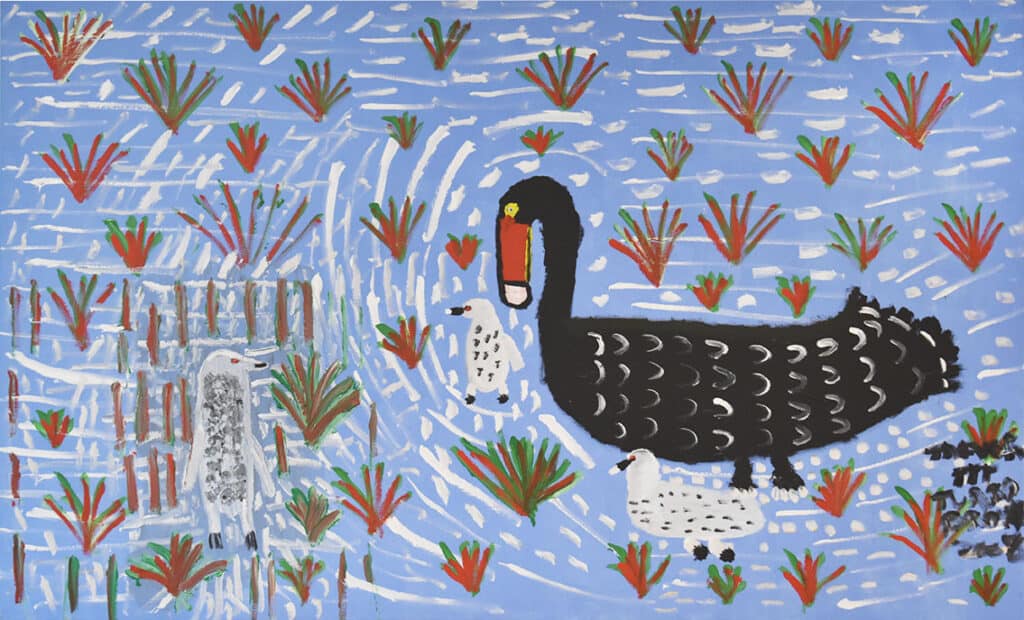 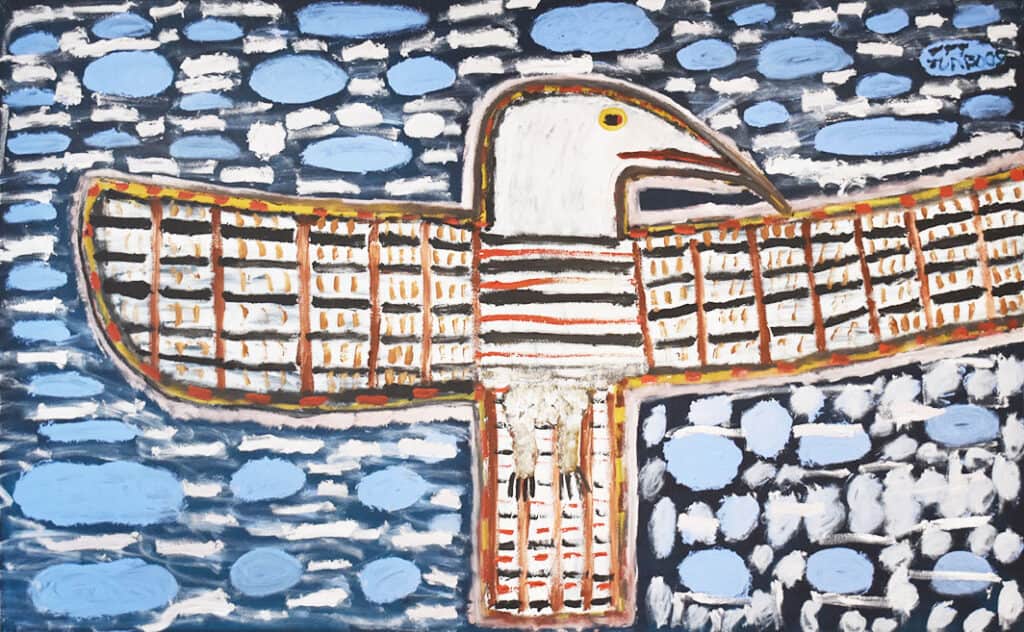 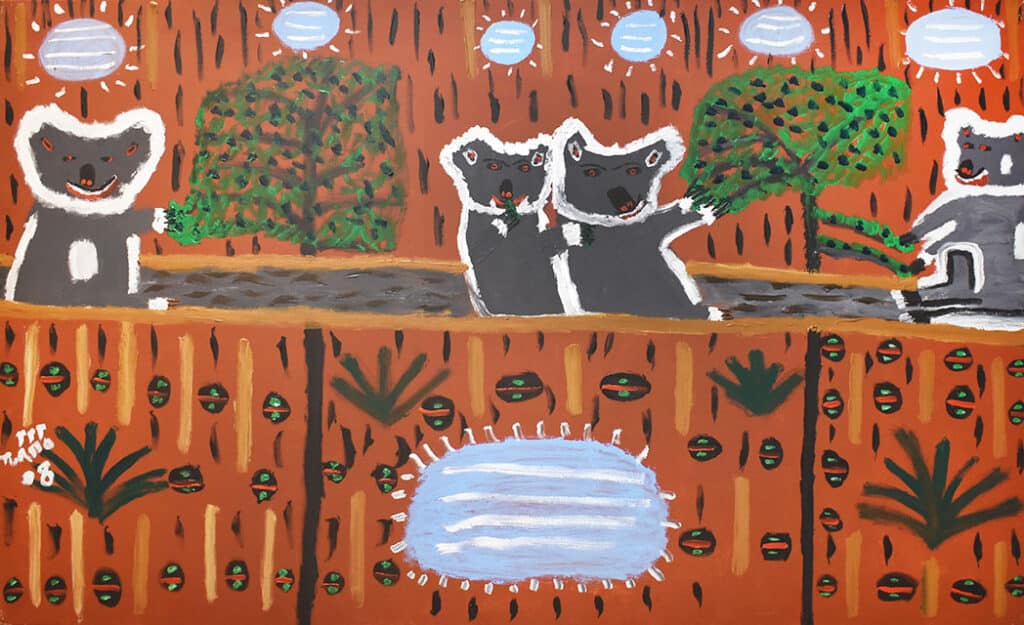 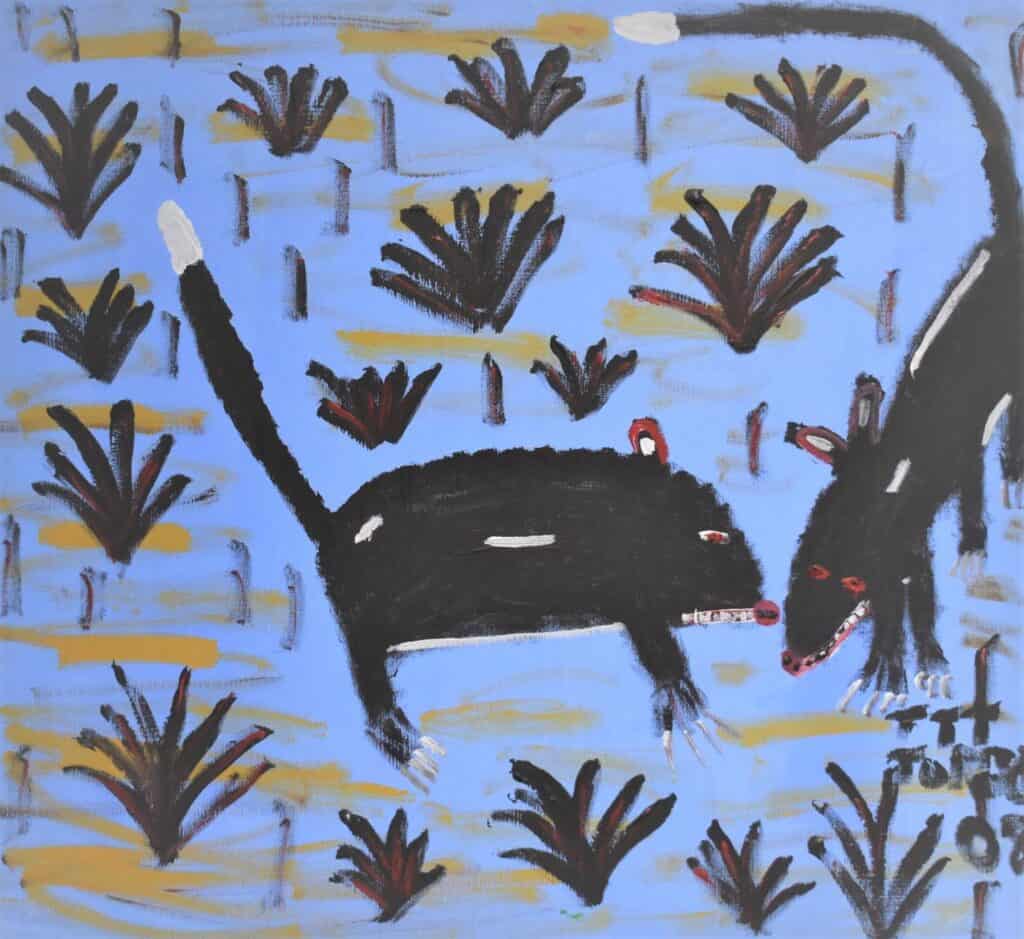 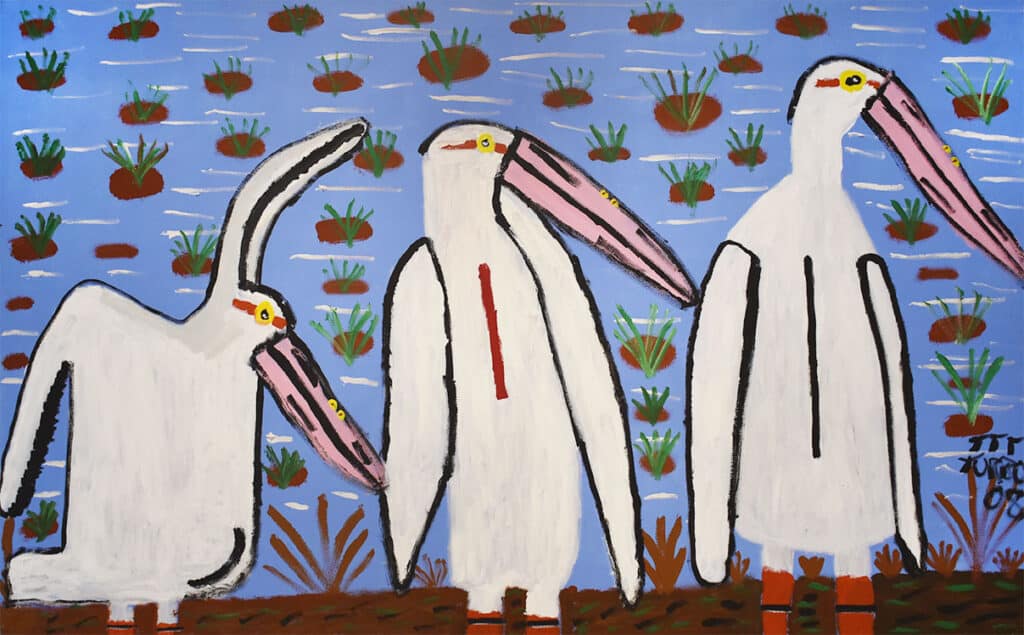 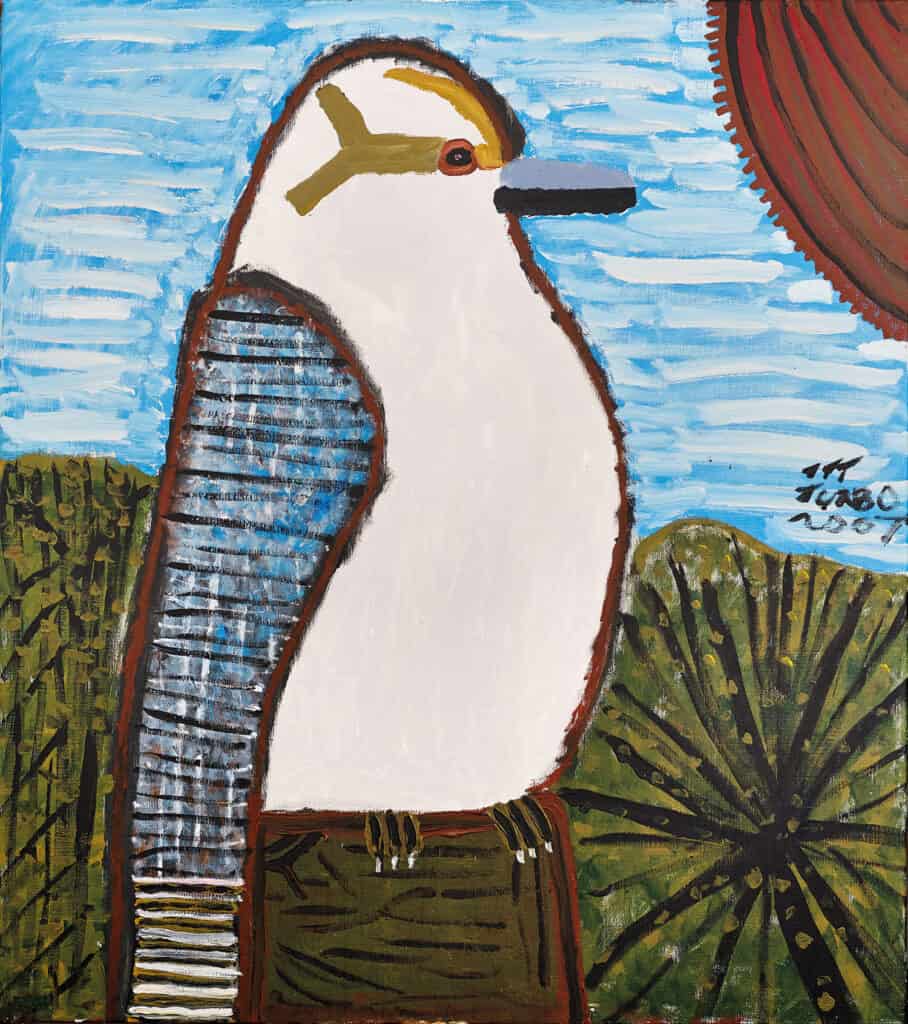 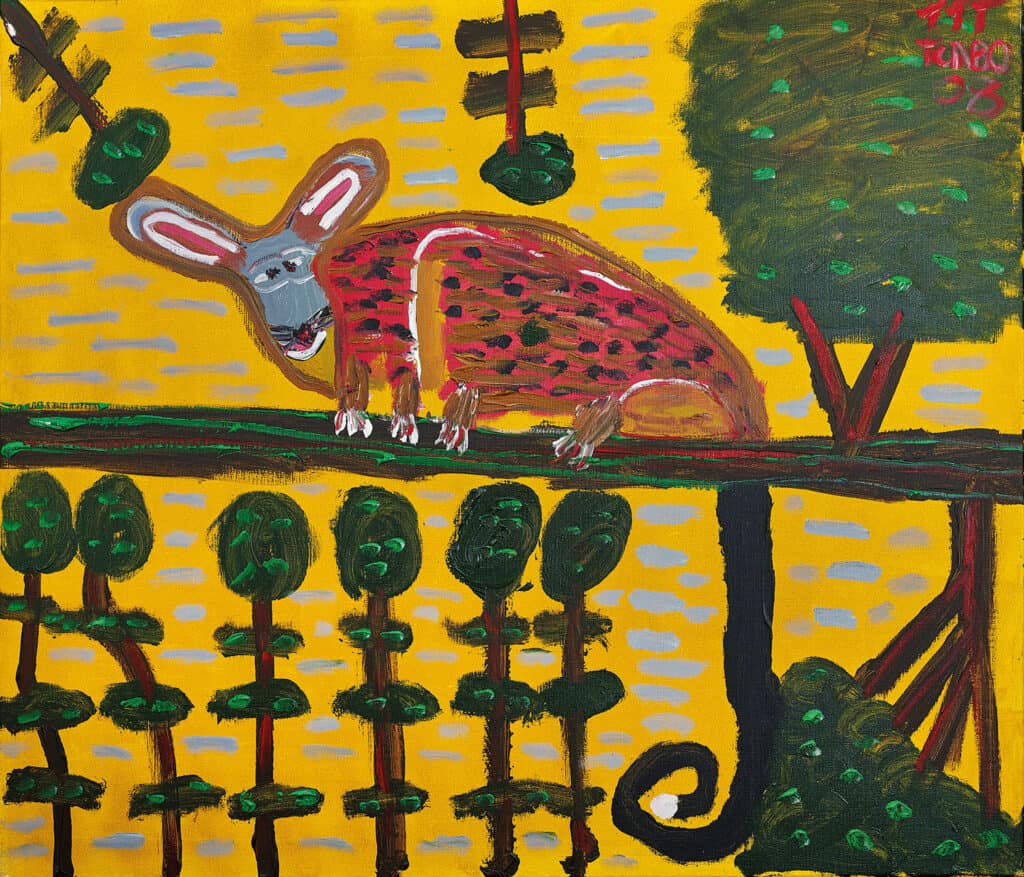 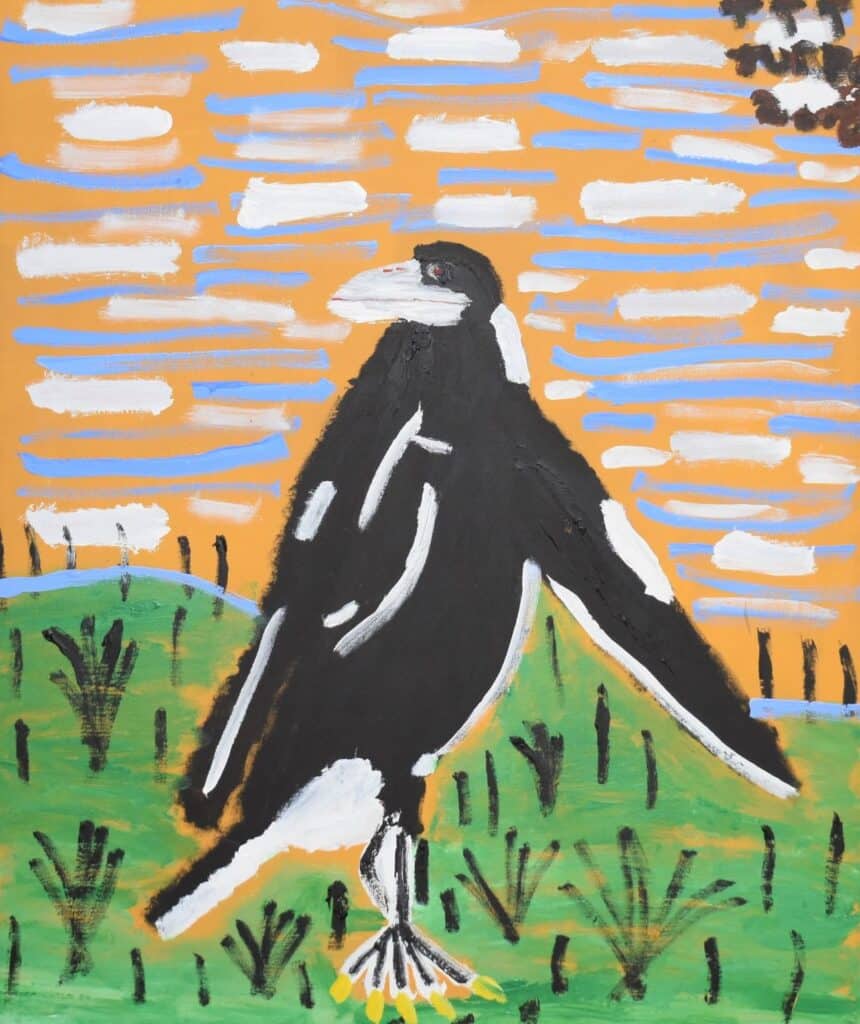 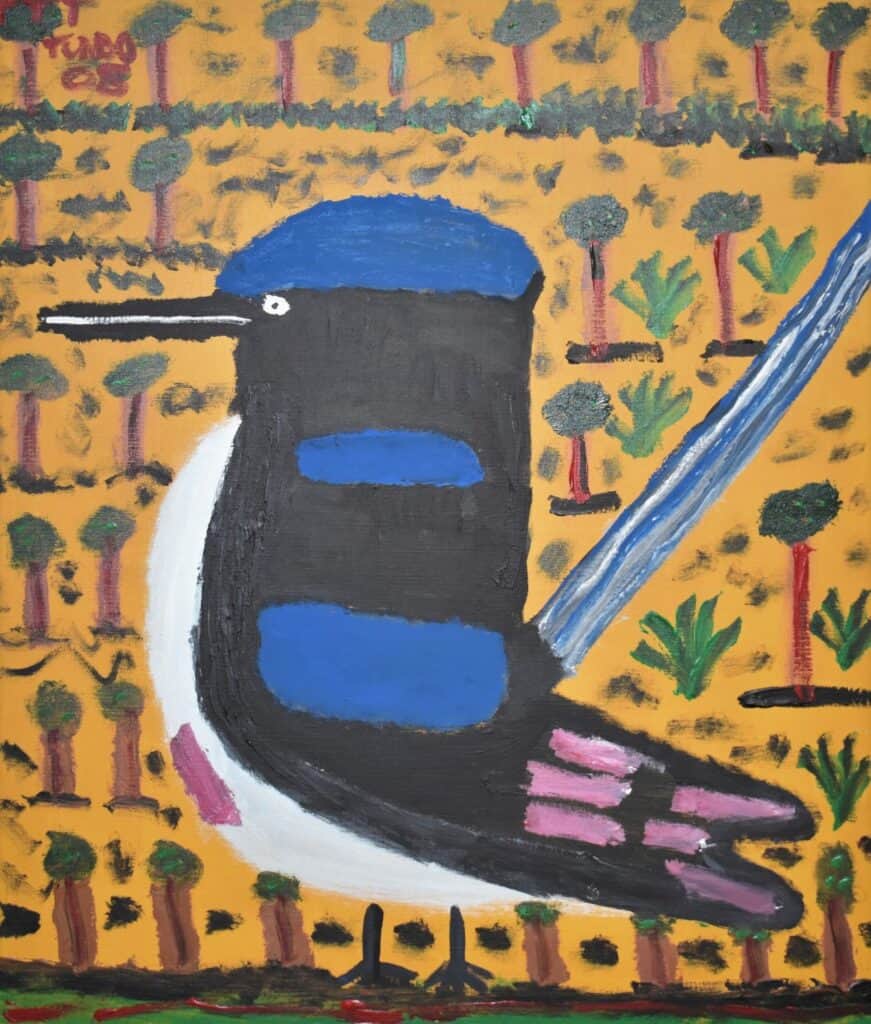 Turbo Brown was a Latje Latje man, born in Mildura in 1967.

Turbo spent most of his early years homeless, living an isolated existence, with local animals and wildlife his only companions. Adopted by Uncle Herb Batten and Aunty Bunta as a teenager, his new wards nurtured Turbo’s artistic output, encouraging him to train professionally by enrolling him in a Diploma of Arts (Visual Arts) at RMIT.

Turbo’s career flourished, as his dynamic observations of the natural environment captured the attention of the art world. Subsequently becoming a regular finalist in the National Aboriginal and Torres Strait Islander Art Awards, Turbo won the Deadly in 2012, the main prize for Indigenous art in Victoria.  Reserving his canvases for representations of animals and birds, Turbo painted with an energetic and bold flatness, his compositions depicting a subject matter dear to his heart.

Christine Morrow notes in an essay on the artist that: ‘It’s worth consulting his expressed belief in what happens after death: “I’ll still be around with these animals in one to two hundred years’ time,” he told a journalist. It’s not that he believed he would “rejoin” them in the afterlife, but rather that they were never apart in the past, nor would they separate in future; Turbo’s animals would stick by him for eternity, keeping him warm and keeping him company.’

Turbo Brown’s works are held in the collection of numerous public and private collections, both locally and internationally.