Fox Galleries is proud to present the first duo exhibition of Robert Andrew and Katie Breckon, two artists who have dedicated their practices to the land and its histories, exploring place, belonging, and the impact of Australian colonisation on individuals and communities.

Robert Andrew began making work to explore his Australian Indigenous ancestral history, which traces back to the Kimberley region. Katie Breckon lives on property she bought in the Kimberley and visually responds to objects found there.

Andrew will exhibit Country, Ground, Earth, Sand, Time and Space (2017) a time-based kinetic sculpture made using programmable technological machinery. Over the course of the exhibition local soil, unnaturally stratified into a vertical column, will erode, releasing the soil back into its natural form. Over several weeks a ‘landscape’ will form, inviting contemplation of the creative and destructive cycles we enact to and on the land.  In investigating issues of disruptions to his heritage, Andrew connects the realities of historic and ongoing disrespect for the diverse ecology of our lands and soils.

Breckon will exhibit a selection of monoprints from her series Safe Keeping, displaying large scale studies of stone tools found on her property, which had been collected by its previous owner, well-known bushman and crocodile hunter Vic Cox. Some of the tools had been marked with a location and date linking them to the Worrorra language group. With permission from her friend, Worrorra elder Nyorna Woolagoodja, Breckon began to redraw the tools considering the traditional craftsmanship and use. The shape of each stone tool has been cut out of multiple aluminium printing plates.

As Glenn Iseger-Pilkington wrote in the exhibition catalogue of Safe Keeping at PS Art Space, where Breckon’s work was first exhibited in 2018, “Stone tools have long been collected, or taken, by scientists in the study of people and place. Archaeological collection stores around the world are full of these displaced objects. These are, however, far more than just objects: they are important cultural tools that emanate with the energies of ancestors, of ceremony and of song. Embedded within each tool are both archaeological and cultural histories, they hold stories of this continent and its First Peoples. For many Aboriginal people, these tools and other cultural materials are extensions of the collective and individual self; physical objects that speak to the spiritual and metaphysical. They reflect the deep and enduring relationship between people and their Country.”

Robert Andrew & Katie Breckon will be on view concurrently with the group exhibition Colony: Frontier Wars at the NGV Australia including another of Andrew’s kinetic sculptures Moving out of muteness (2013). On 27 April, 2018 Andrew won the 40th Alice Prize for his work White Wash Over The Burn (2017). 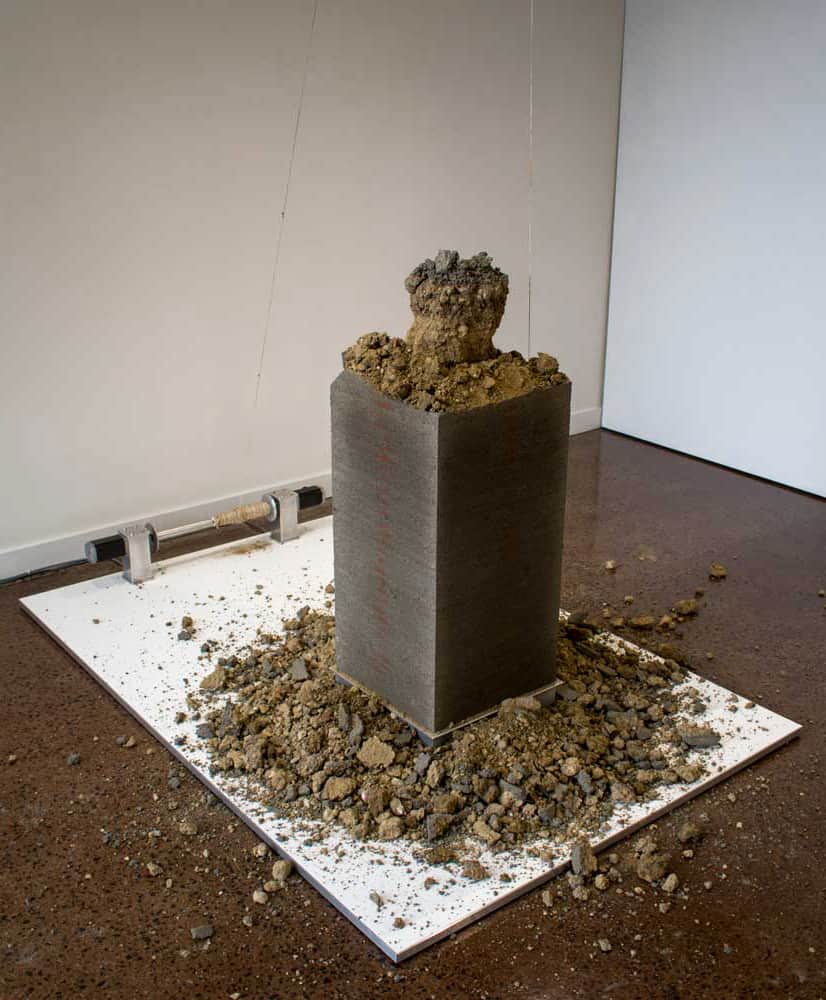 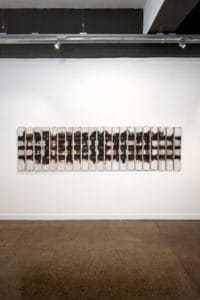 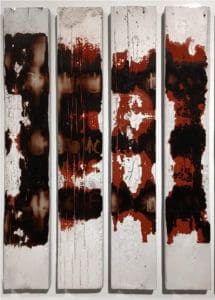 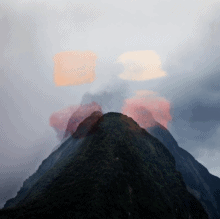