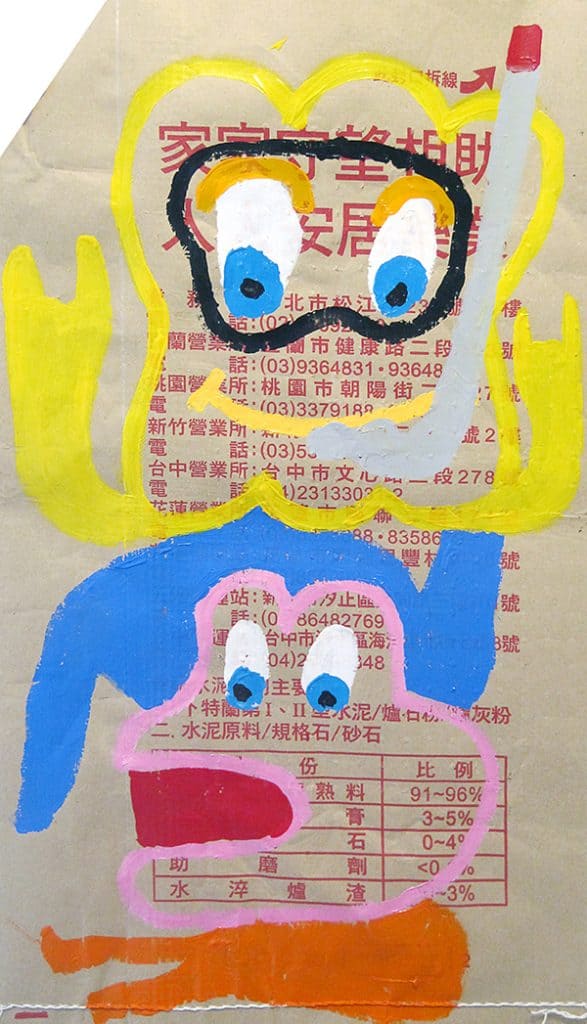 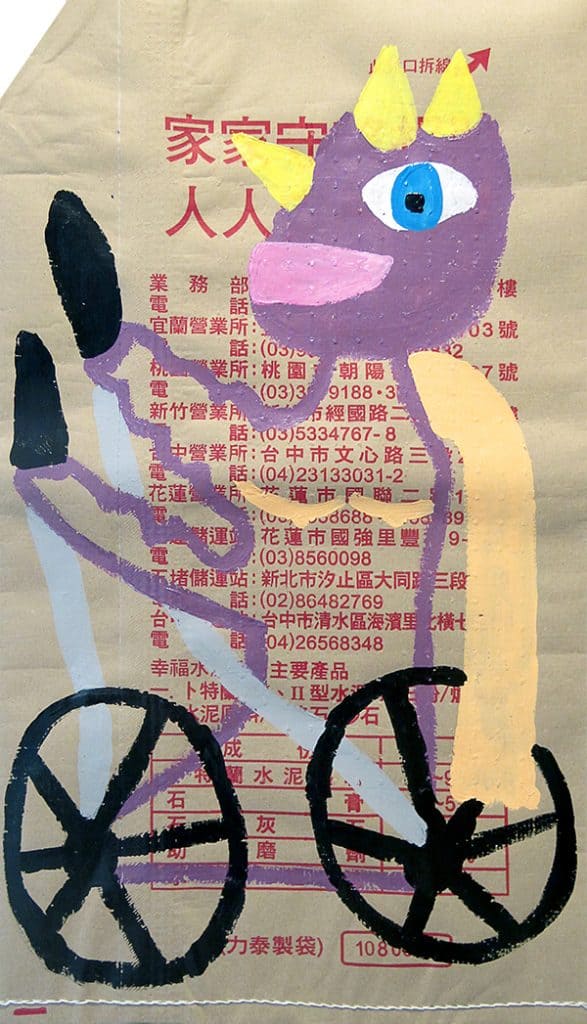 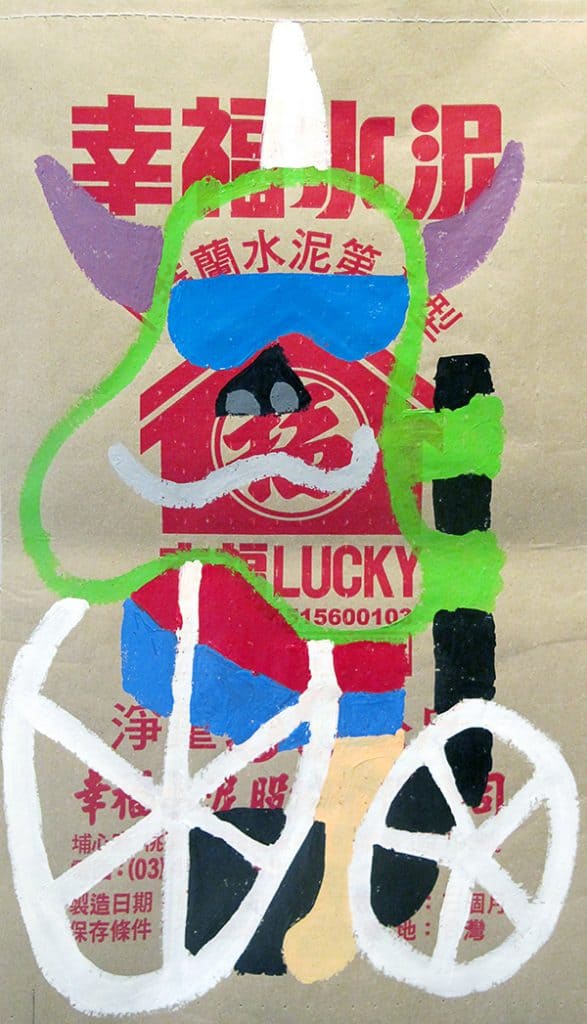 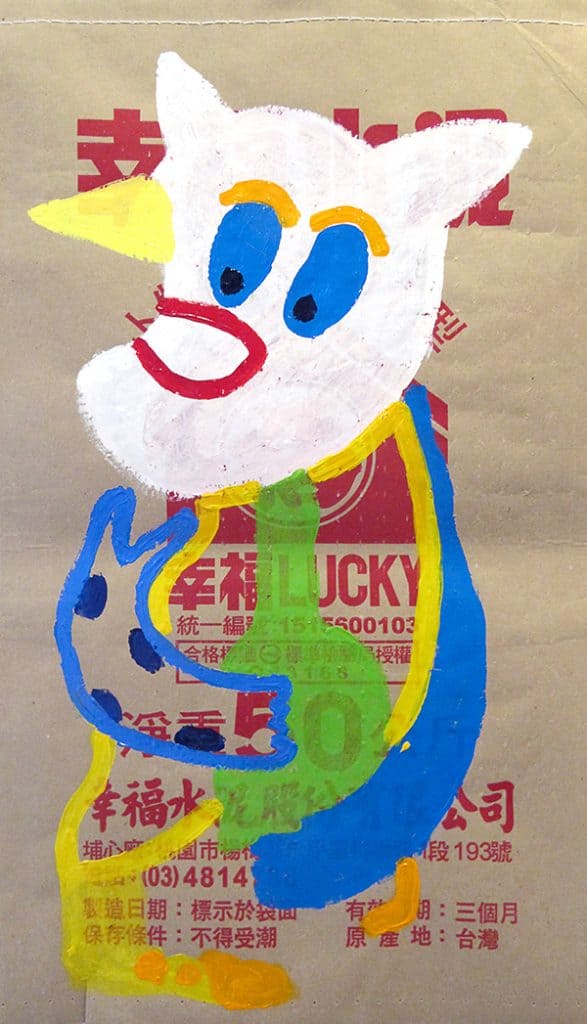 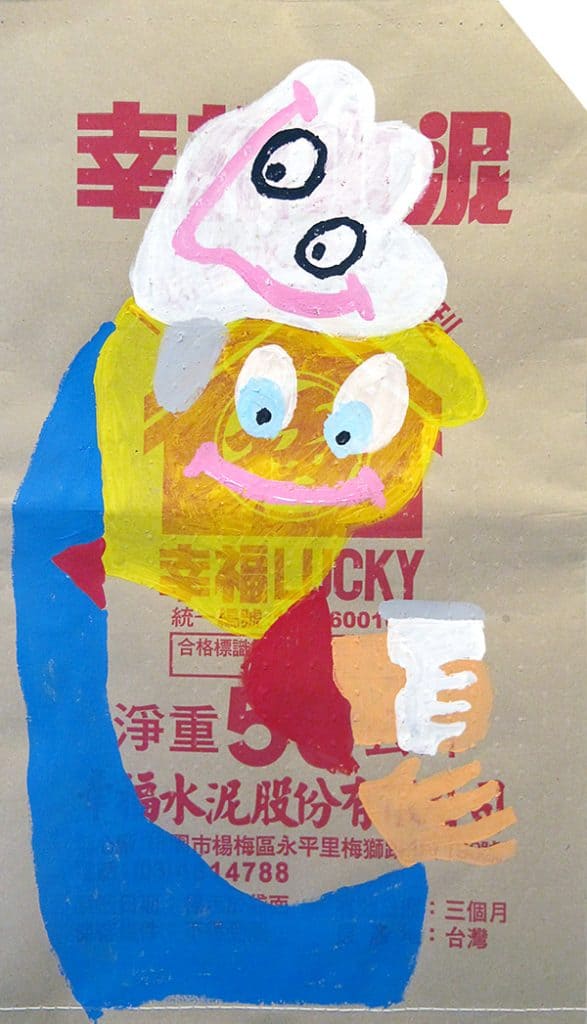 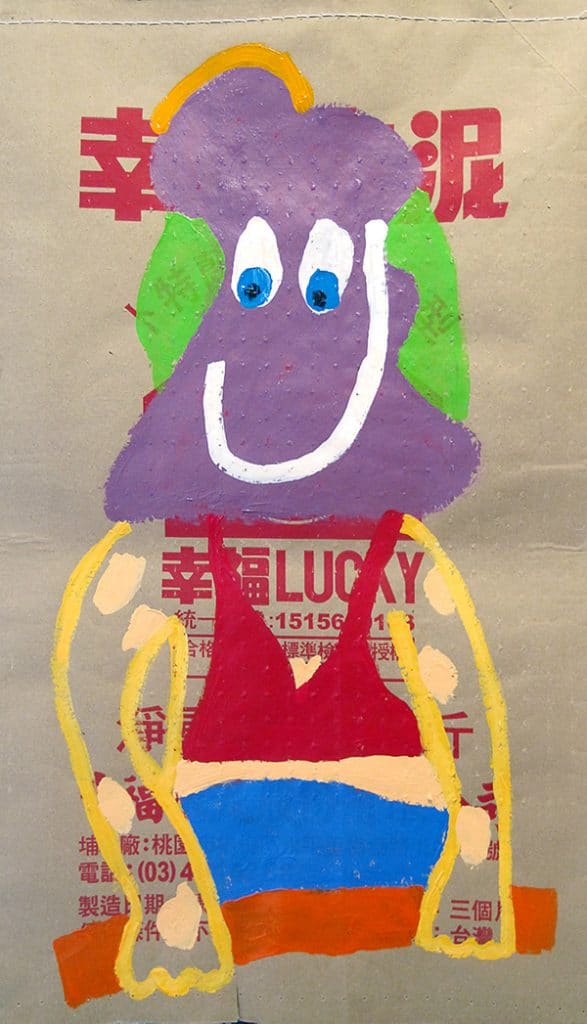 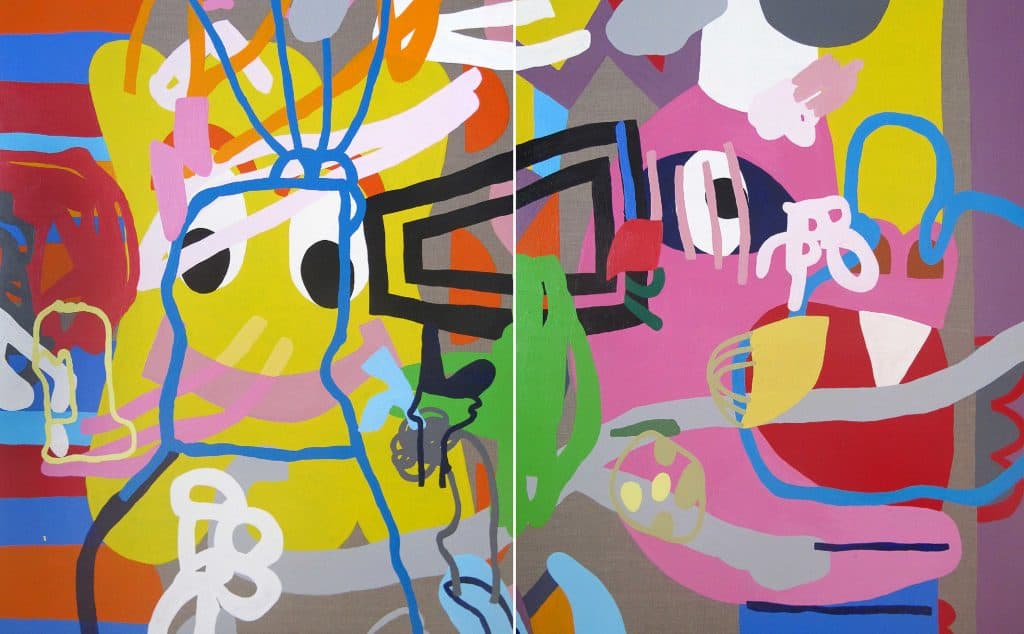 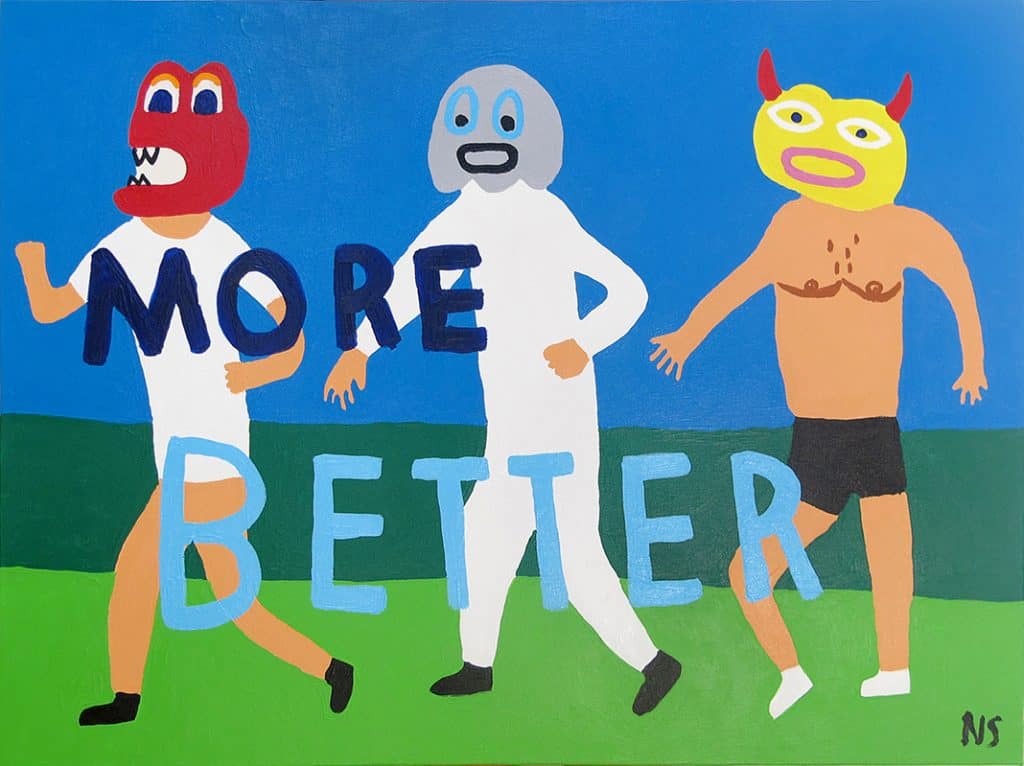 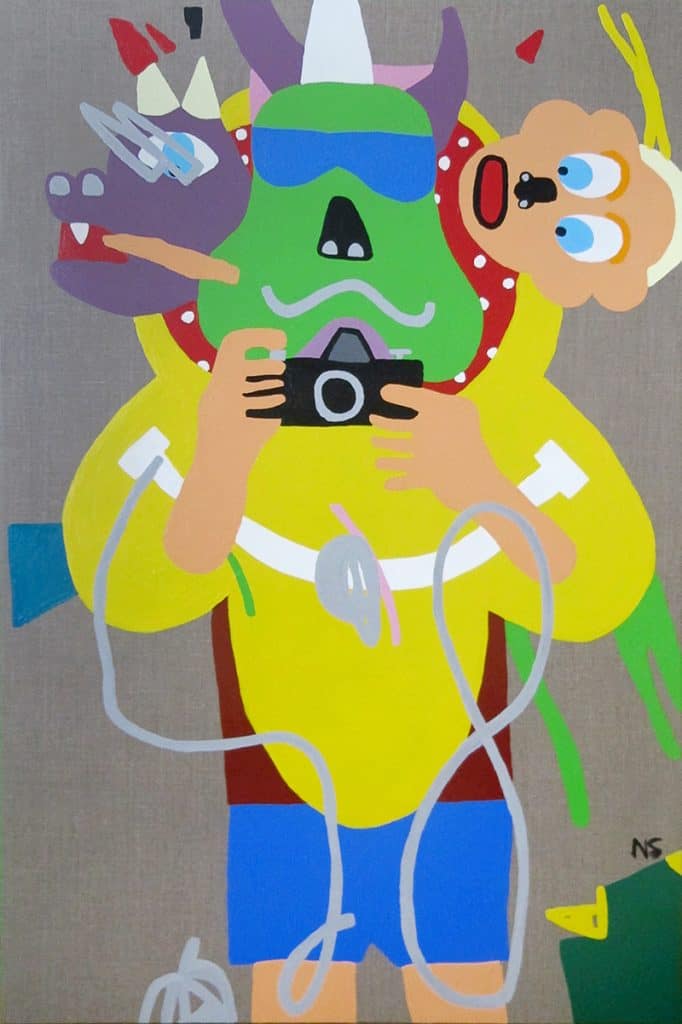 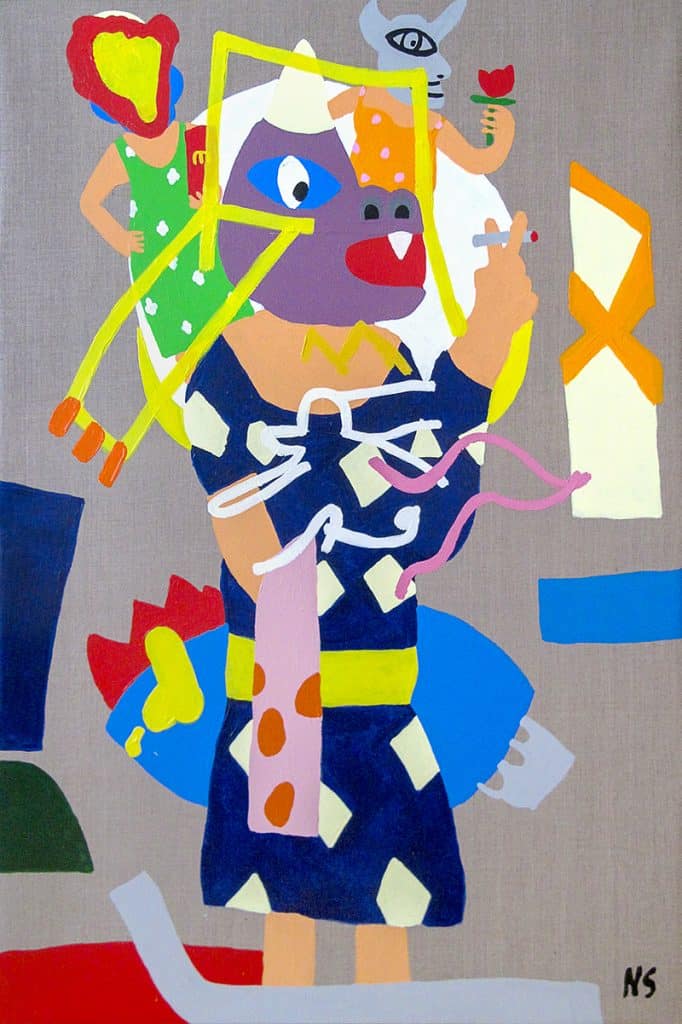 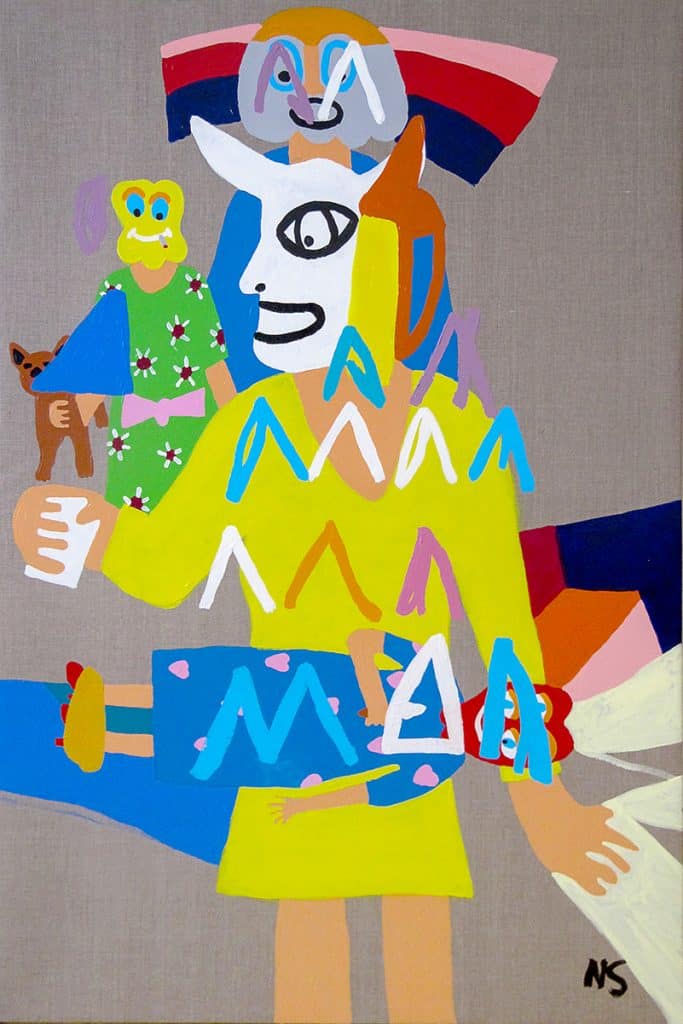 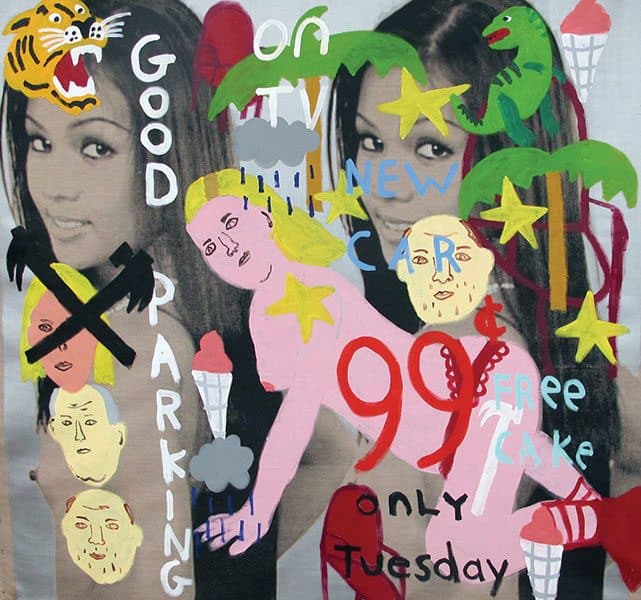 Nigel Sense is an Australian artist currently without a fixed address after making the decision to sell his home in Sydney to travel the world and devote himself to his art practice full-time.

Employing various pop art techniques and the tactic of painting the things he knows, Sense considers his role as an artist and his work reflects an inclusive suburban upbringing and experience. Sense’s paintings are immediate and striking, engaging the viewer in an intimate way with his everyday world. Communicating through fun and humour, his paint-ings seek understanding and empathy.

Describing his process as primal and instinctive, Sense paints energetically on canvas. His overlaid imagery mimics his state of mind at the end of the working day. Instead of trying to clear his thoughts from the day’s experiences, he paints them: conversations, emails, phone calls, what his colleagues discuss over morning tea; everything goes down on the canvas. His works appear unplanned because he works quickly, however his ideas have been formulated over time and these he lays down on canvas with bold direct marks. 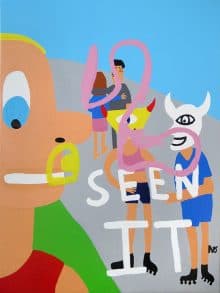 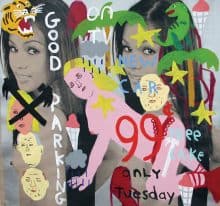 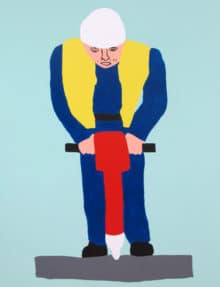 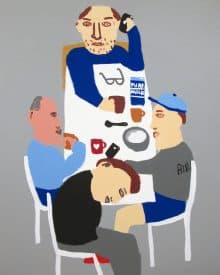