Fox Galleries is proud to present The Life Exotic by Maz Dixon, featuring new paintings examining the Australian experience in relation to exoticism and fantasy through the imagery of late 20th century postcards.

Dixon’s research has led her to images of pale-skinned tourists who have taken on the role of intrepid explorers. They roam through untamed wilderness or admire orderly rows of exotic agricultural produce. At the end of the day they lounge around the hotel pool, clasping tropical drinks while admiring tables laden with fruit.

But their rapidly reddening complexions signal the underlying discomfort embedded in these constructed images, whose protagonists appear ill-suited to their surroundings. Sandals are not built for traipsing among coral reefs, with their spiky growths and occasionally lethal fauna. Even pool-lounging is a fraught affair, as bikini-clad ladies are perched precariously on rails or armrests to show off their wares to best advantage.

Blending these images with memories of her own childhood holidays, Dixon’s new paintings are encoded with an idea of Australia defined by beaches, babes, Big Things, roadside signage and cheap motels. With an emphasis on negative space, the bush disappears and iconic attractions are surrounded by open rainbow skies. Rendered in vibrant hues, diving dolphins and their admirers pose and perform blissfully for the camera.

By bringing postcard aesthetics into the realm of painting, she links idealised European painting traditions exemplified in Frederick McCubbin and Joseph Lycett with the media that followed. Postcards were once a primary source of information about far-off places, but they have always functioned as marketing devices. Employing the implied truth of photography and the persuasive strategies of advertising they sold not only dreams of sunny holidays but more-so, they implied that pure happiness exists out there, for those willing to go find it.

The postcard is ever present, no longer analogue but sent en masse via Instagram posts and stories. With beaming smiles and arms outstretched in pure bliss, Dixon’s subjects could be modelled after the beachgoers of today. These social images evoke a vicarious experience, cropped and enhanced to maximum effect. Brighter, better and beyond reality, they spread a pervasive message of enjoyment that renders dull our everyday lives, often with negative psychological effects.

With humour, nostalgia and criticality, Dixon mines through different cultural eras and into the semiotics of images to create works that simultaneously capture and question a persisting idealised conception of Australian identity in relation to the land. But by leaving exposed her many layers of pencil and thinly applied acrylic, Dixon makes the act of constructing images the true subject. 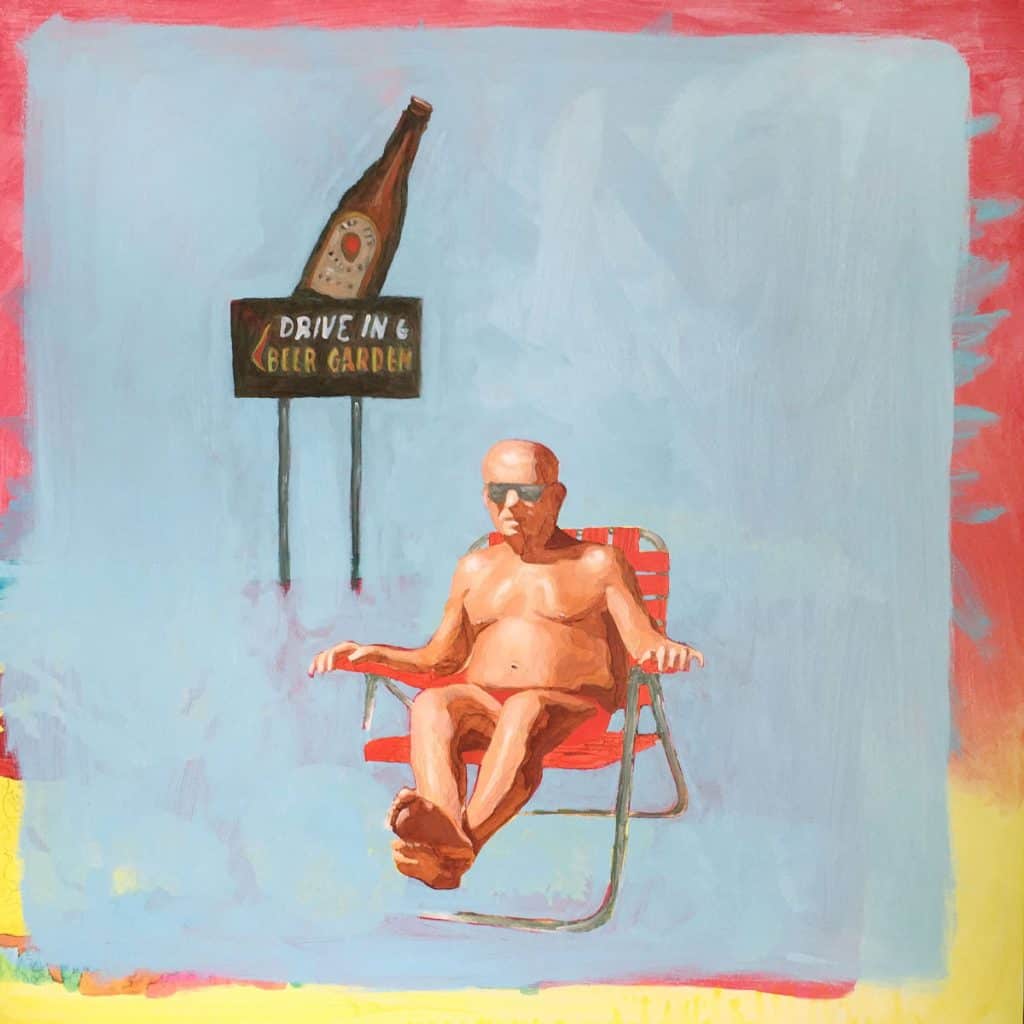