Fox Galleries is proud to present Two Worlds and In-between; a new body of work by Jason Moad reflecting a change of focus and personal philosophy within his practice.

Moad’s interest in these plants, initially hinged on aesthetics, has transitioned to a fascination with their aura of presence and personality in which they project. Previously, Moad’s work had been rooted firmly in the physical; fetishising the object in defiance of the digital revolution and the increasingly ephemeral quality of our cultural artefacts. Ironically, this new body of work embraces the ephemeral and a fascination with the primacy of something elusive and ineffable; that aforementioned sense of presence and personality. Spirit, if you like.

Moad has gradually come to subscribe to a position somewhere between Panpsychism and Animism. That is to say, Moad thinks person-hood is not exclusively the province of human beings. Indeed, if one starts from the increasingly likely position that consciousness is fundamental, non-human persons are to be found everywhere. New Zealand recently acknowledged this in law, granting personhood to certain sacred mountains and rivers. If this strikes one as a stretch, the current renaissance in botanical research is advancing such startling propositions as communication between trees in forests, via vast, underground mycelium networks; and a study at the University of Western Australia in 2014 demonstrated that at least some plants, in the absence of anything we might recognise as brains or nervous systems, are none the less capable of learning and memory. There has also been a resurgence of interest in the scientific community in plant psychedelics (like psilocybin-mushrooms and ayahuasca) and their effects on and interactions with consciousness. While it might jar our western, post-enlightenment sensibilities, plants and indeed all of nature can be conceived of as enspirited.  Until relatively recently in historical terms, of course, this would have seemed obvious to most people.

From Moad’s very first painting of an agave, he recognised the potential of plants to represent the other than human. Most of his subjects are drawn from The Royal Botanical Gardens in Melbourne, and so isolating them against backgrounds devoid of context also hints at the way they have been dislocated from their native environment and transplanted halfway around the world; in effect treating them as object rather than subject. Regardless, they loom like Triffids; self-possessed and with their own agency. 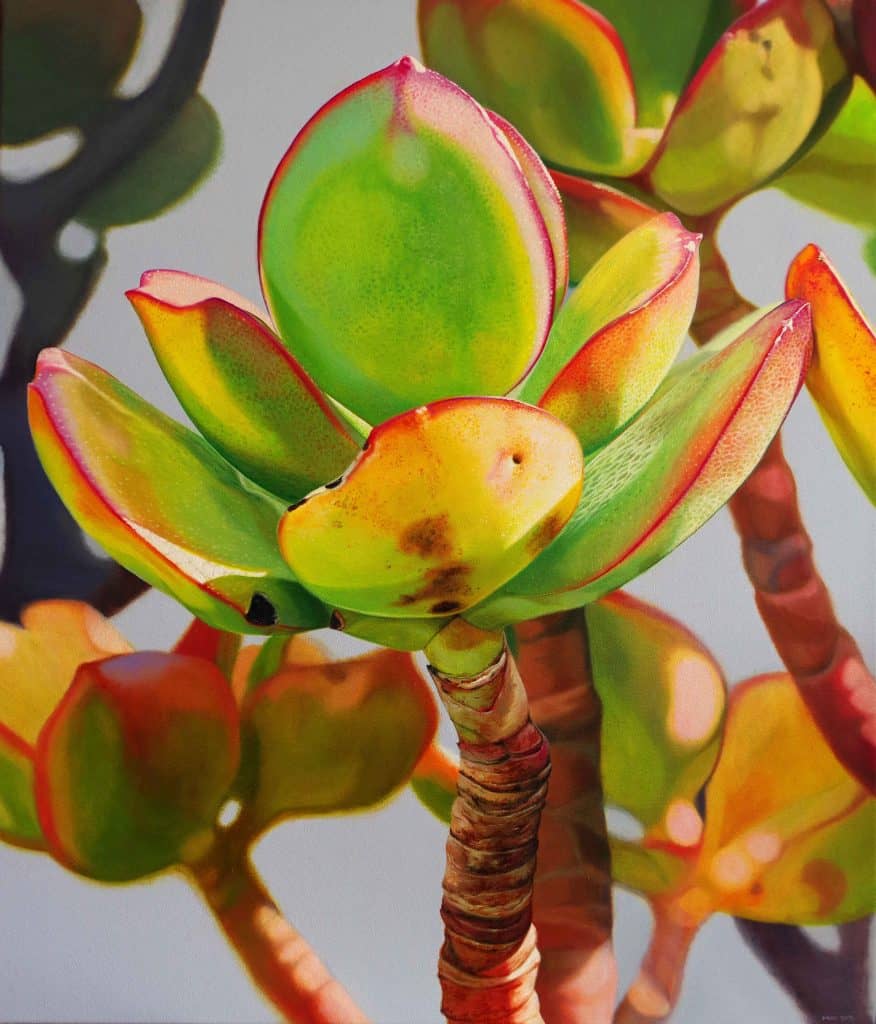 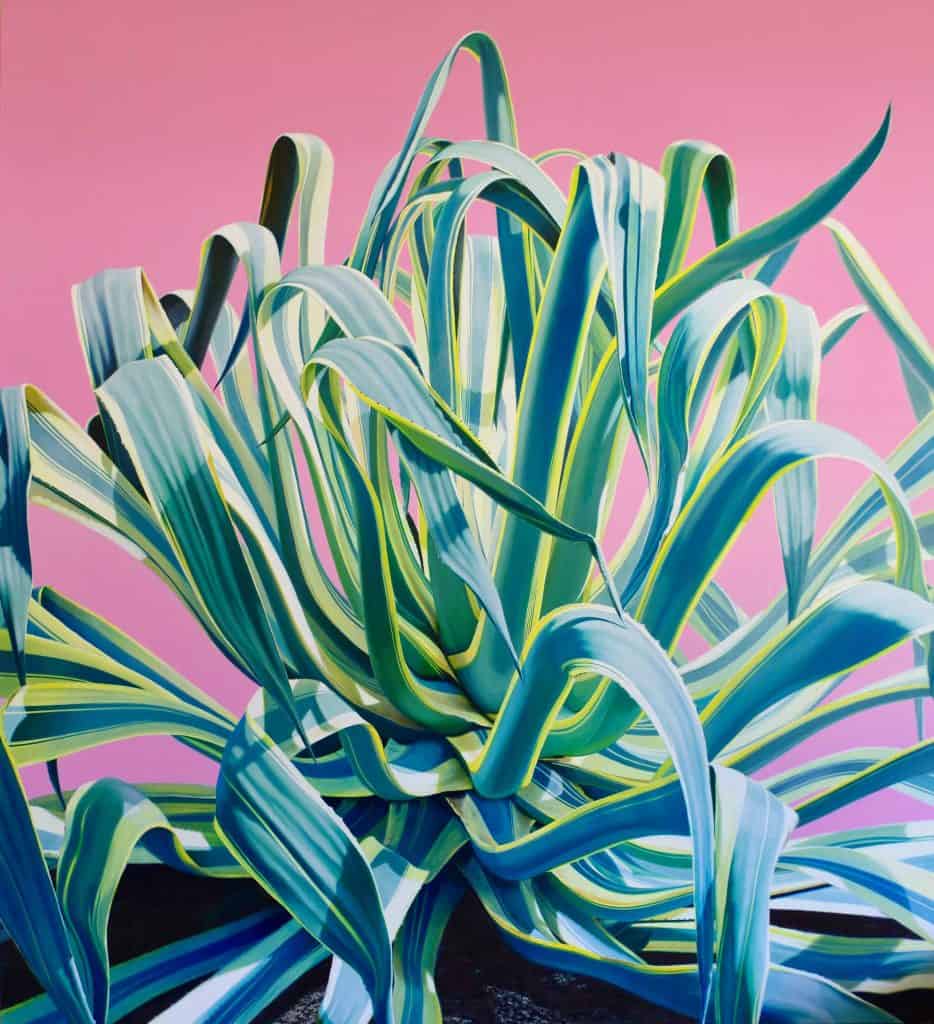 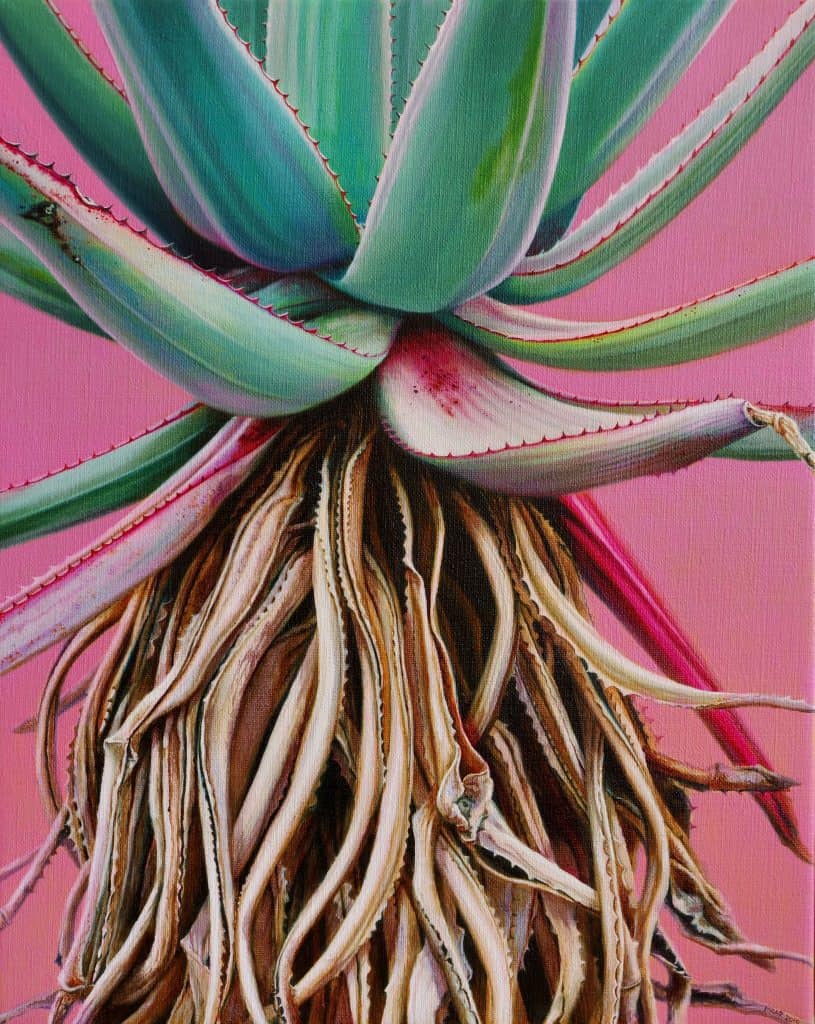 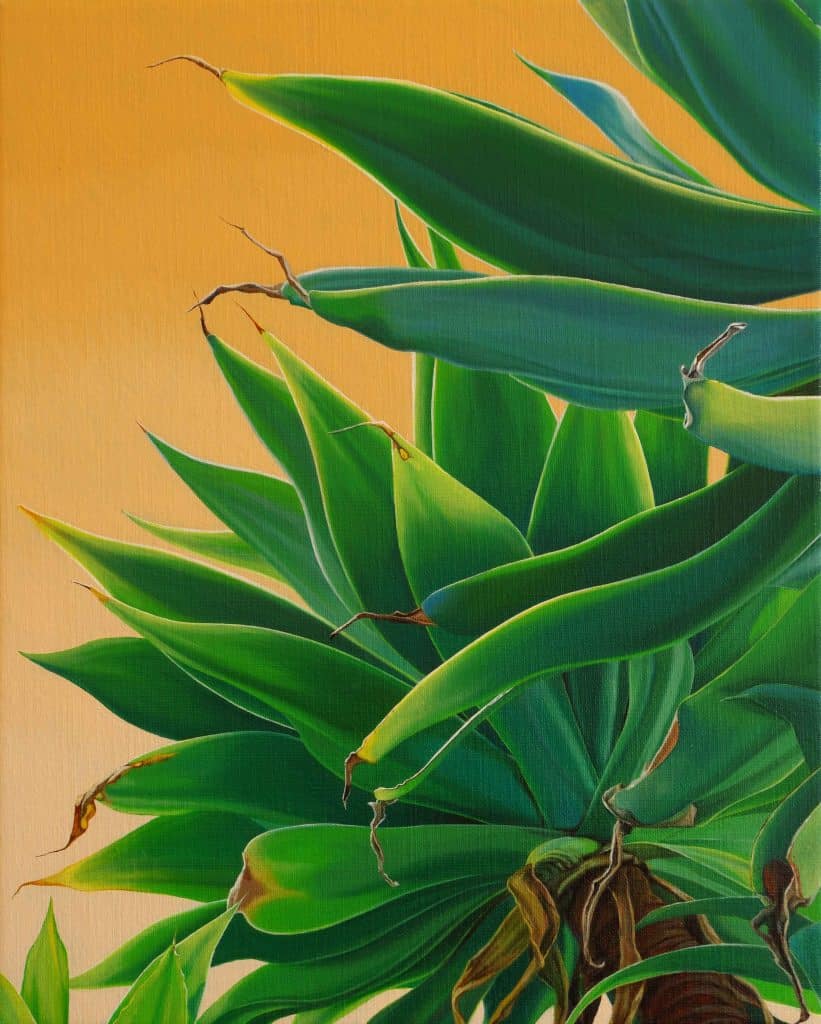 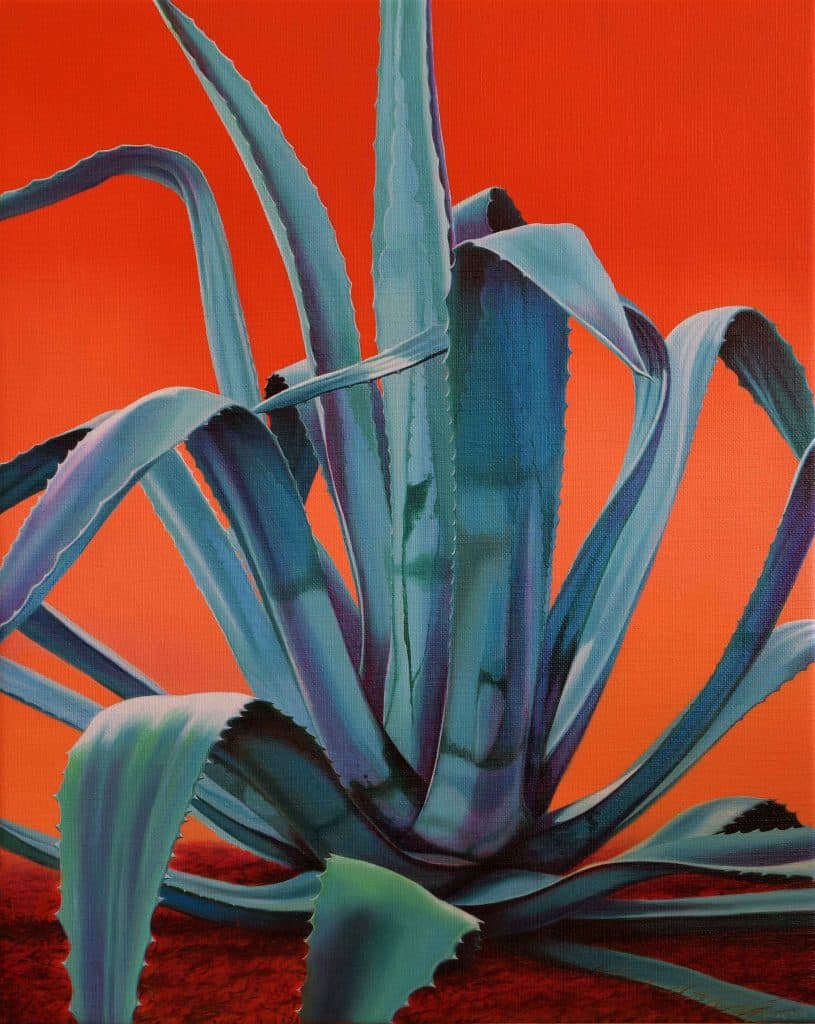 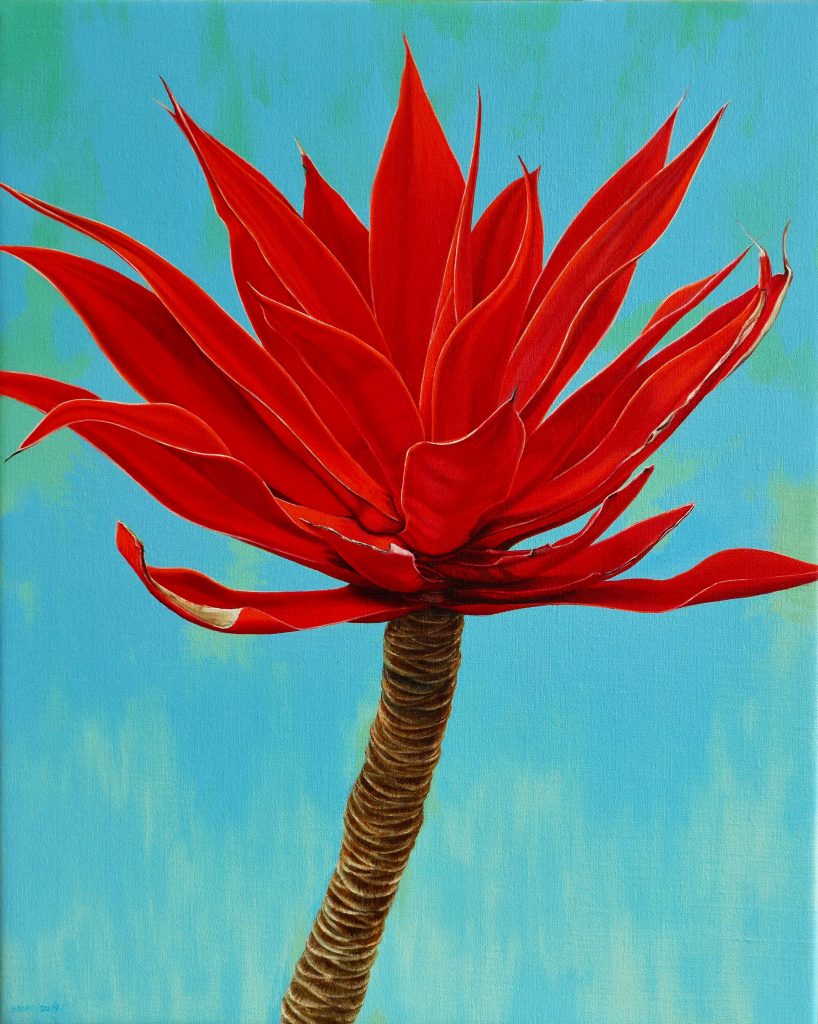 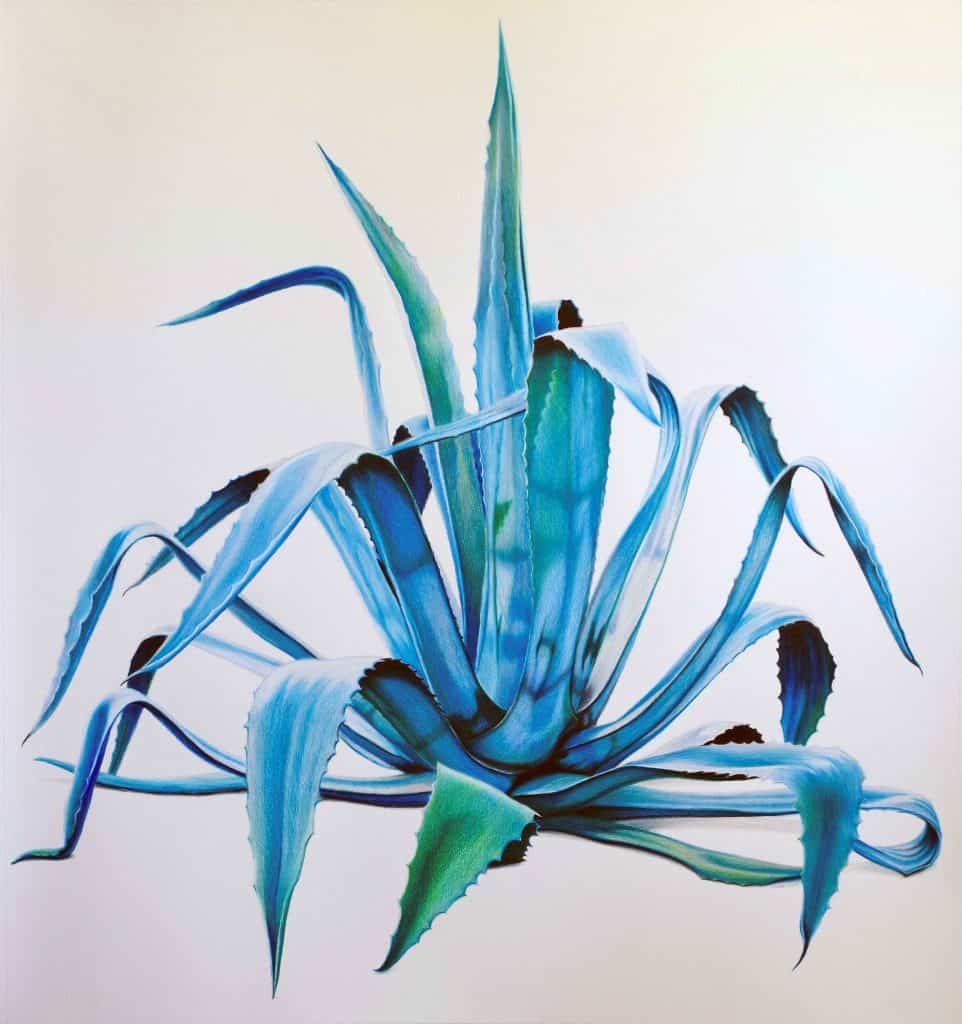 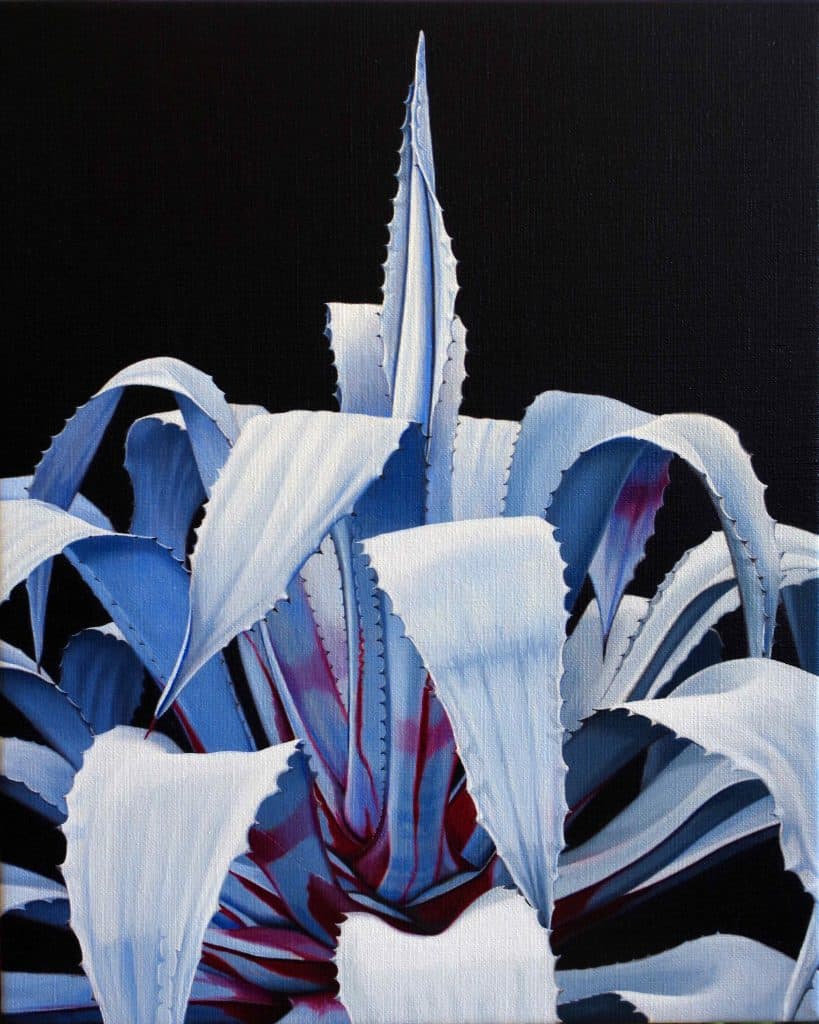 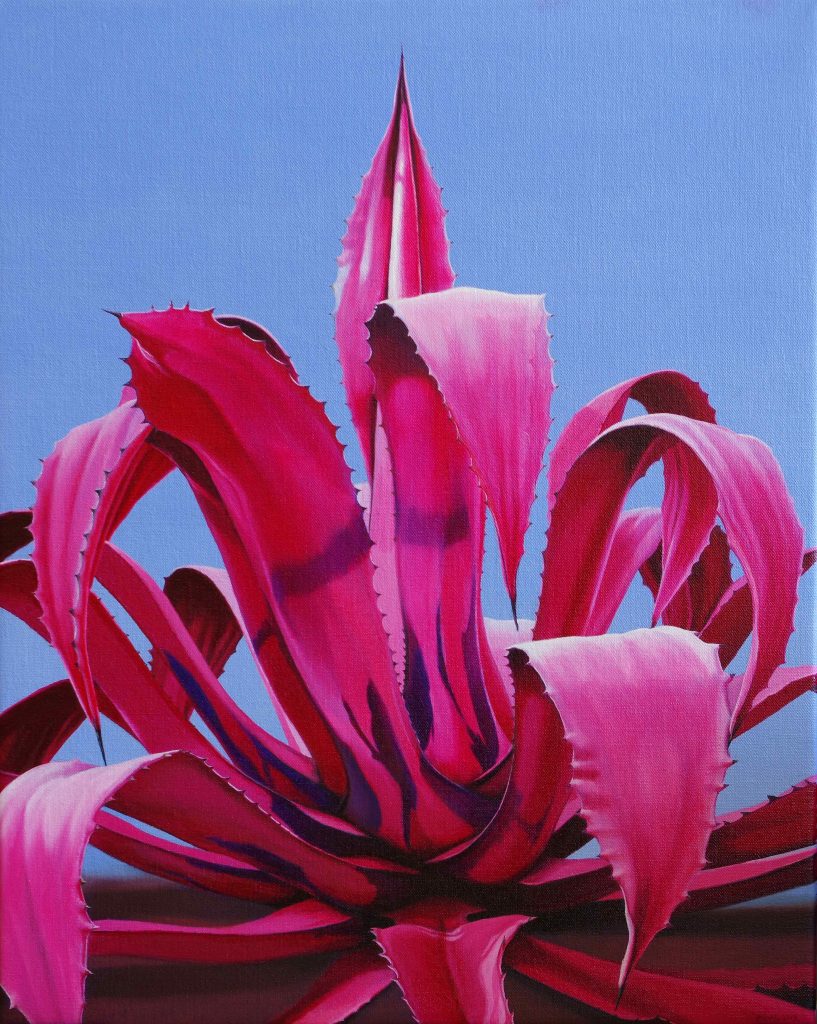 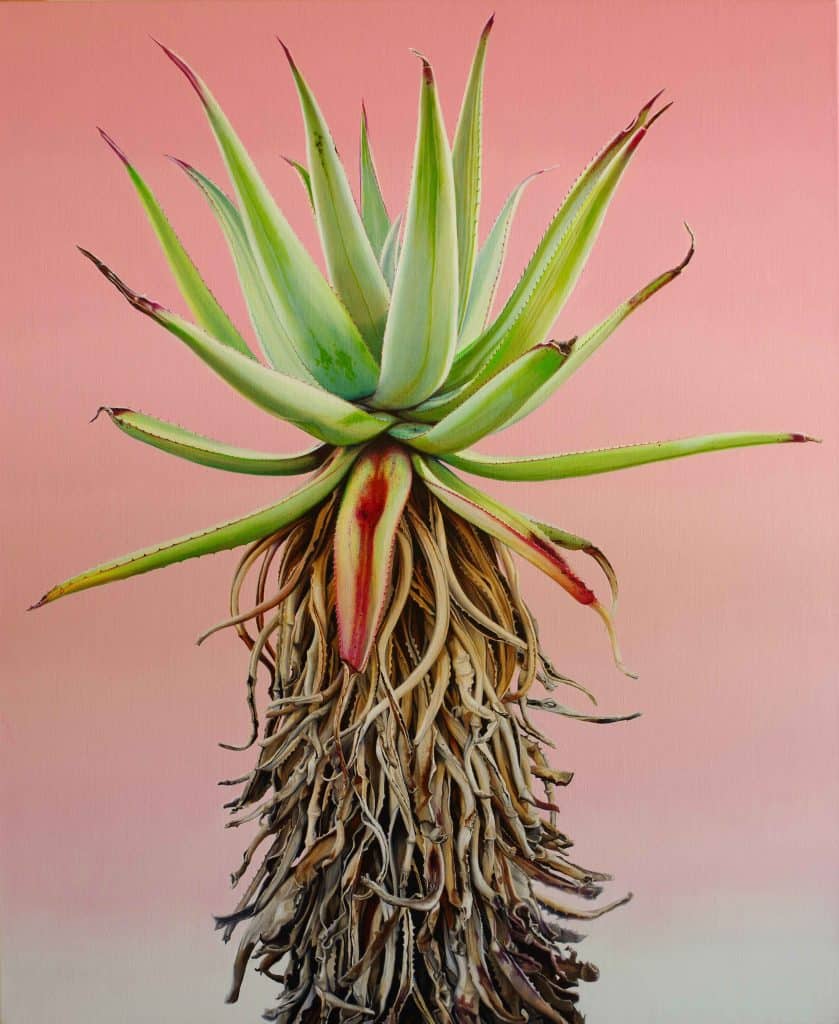 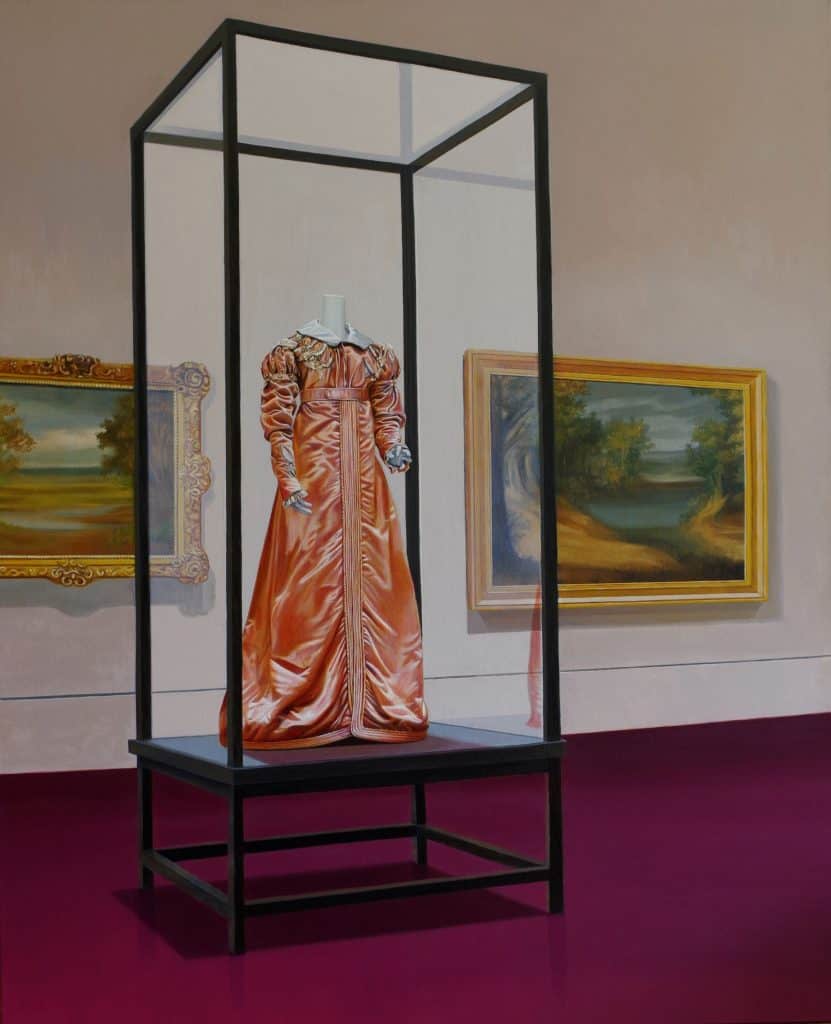