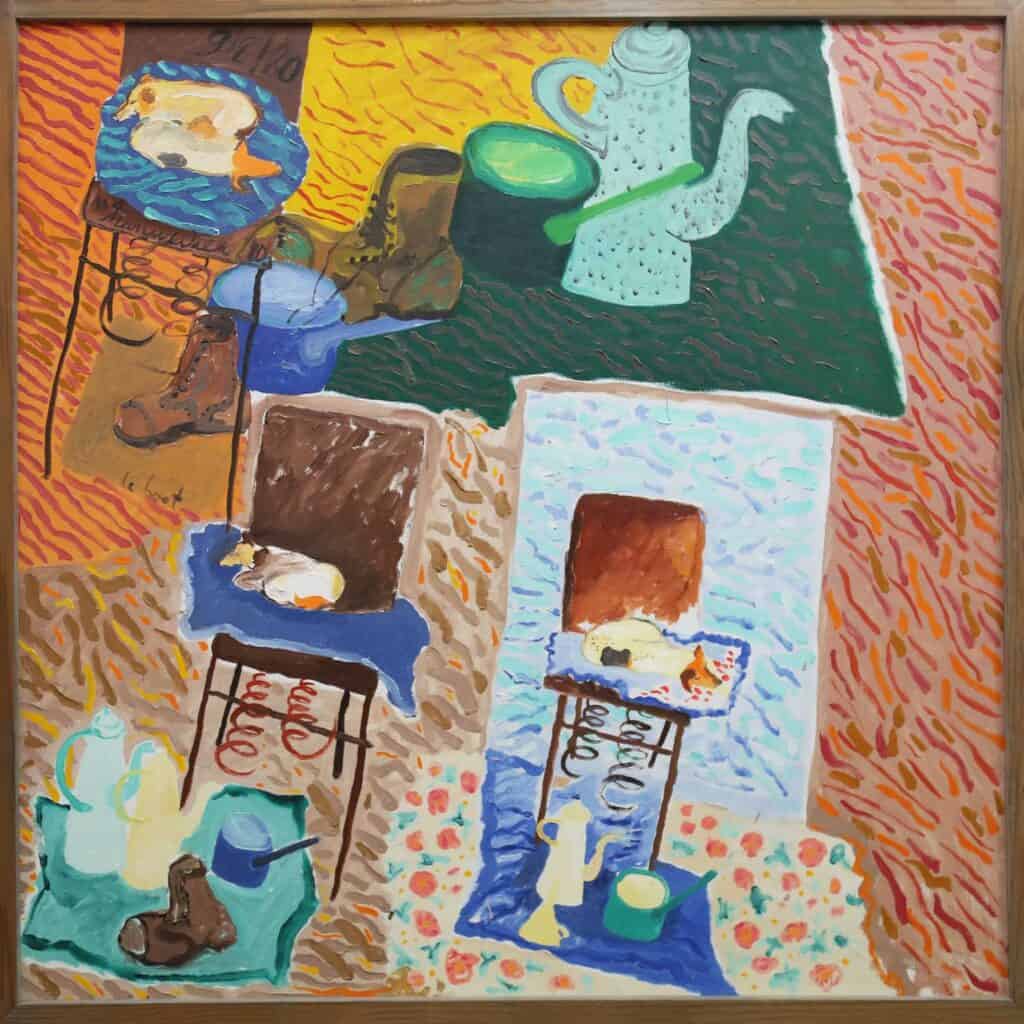 Fox Galleries is proud to announce our representation of Murray Walker.

Over a long career the artist has absorbed himself in the major international art movements of the twentieth century, from Dadaism to abstract expressionism to urban street art and the shift in the display of the art artifact within a museum context. At the same time, he has become recognised as both a contemporary and heir to the Australian modernist movement centred on Heide, Melbourne

Born in Ballarat, he studied at RMIT in the late 1950’s before moving to London in 1960 to study at the renowned Slade School, receiving a scholarship for further study in Italy during the summer of 1961. Exhibiting since 1963, he has become acclaimed internationally, while remaining relatively under the radar in Australia.

Internationally he is held in the collections of the British Museum, United Kingdom; the Picasso Museum Archives, France; the Munch Museum, Norway; the Smithsonian Institute, United States; and the Deutsches Historisches National Museum, Germany.

In May 2021 Fox Galleries will present ‘Spanning Time,’ the first major Australian gallery exhibition for the artist for a decade. It is apt to now present a survey of this continually inventive artist, following a year where for many, it was not possible to view an exhibition at all.