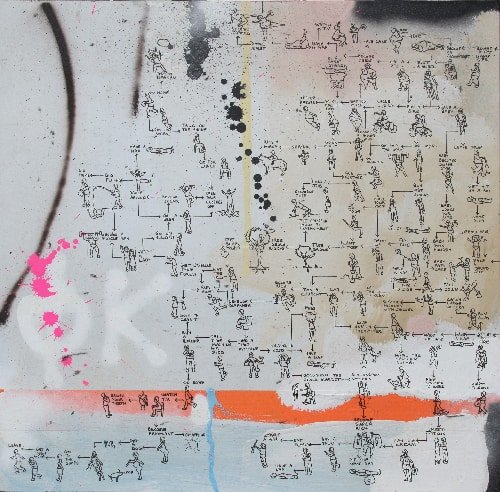 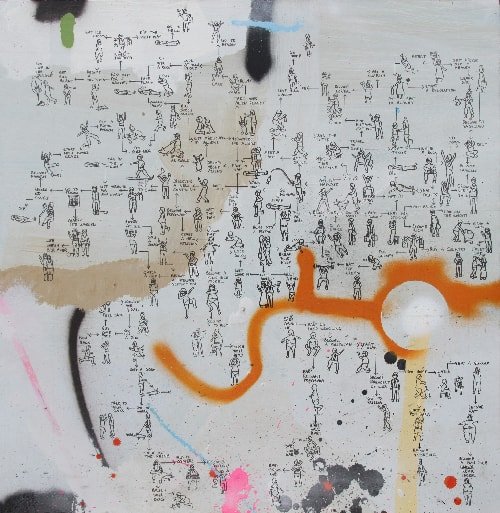 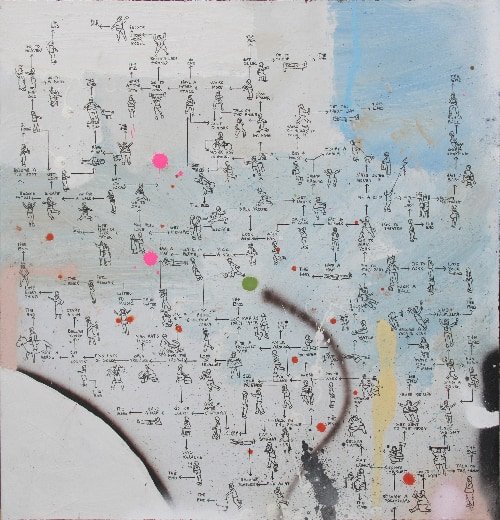 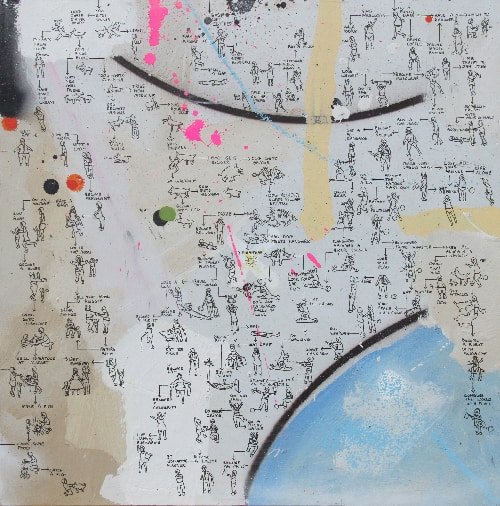 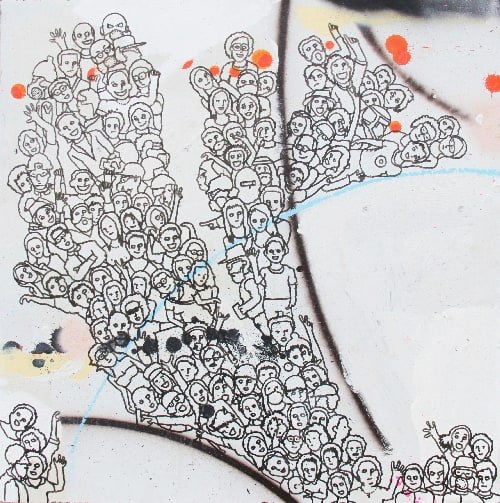 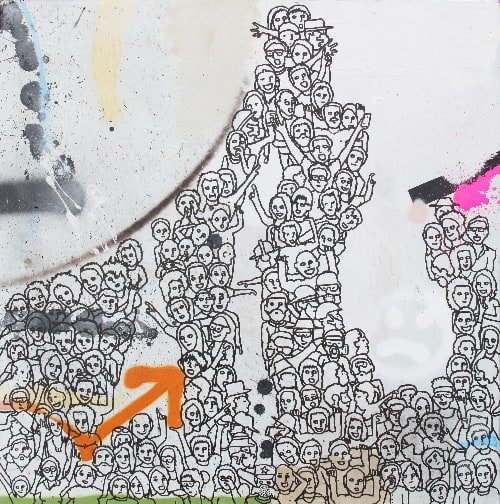 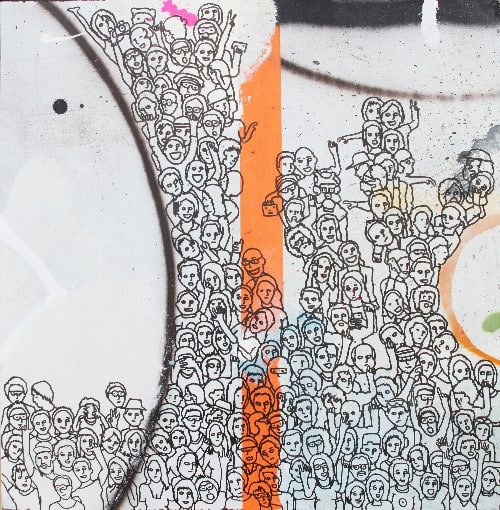 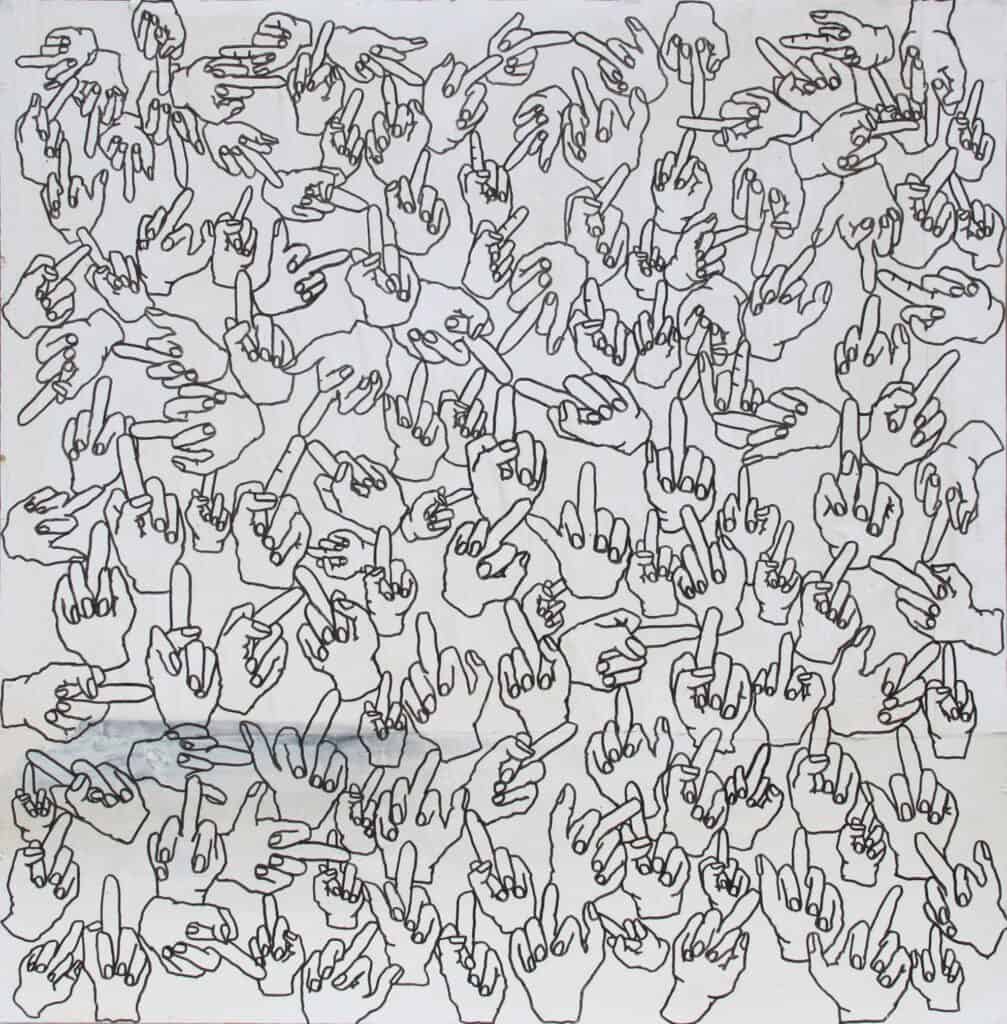 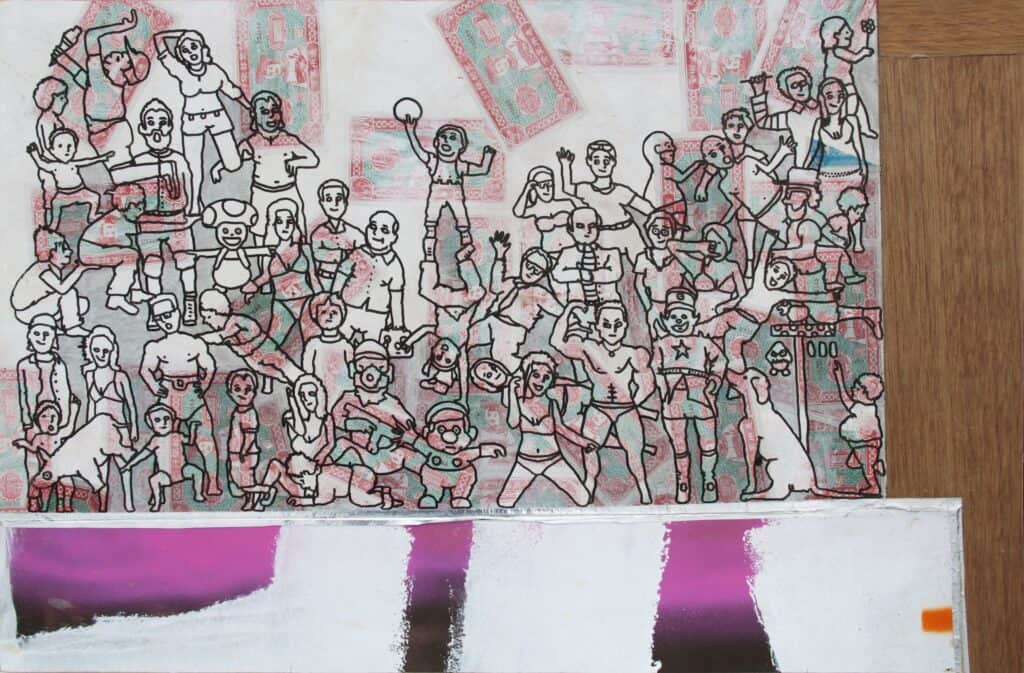 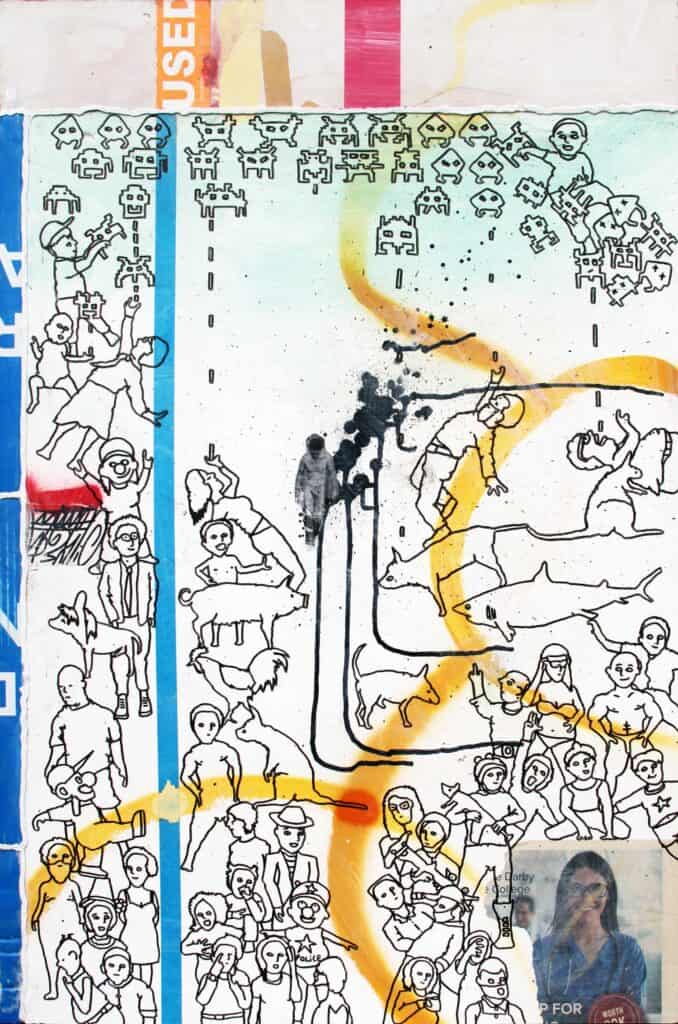 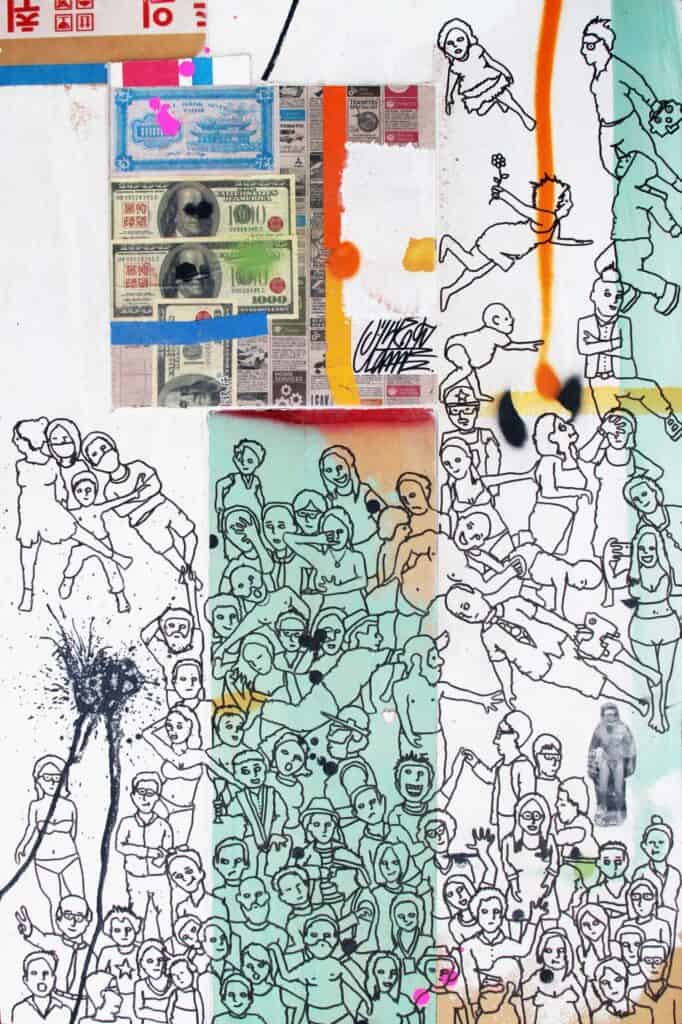 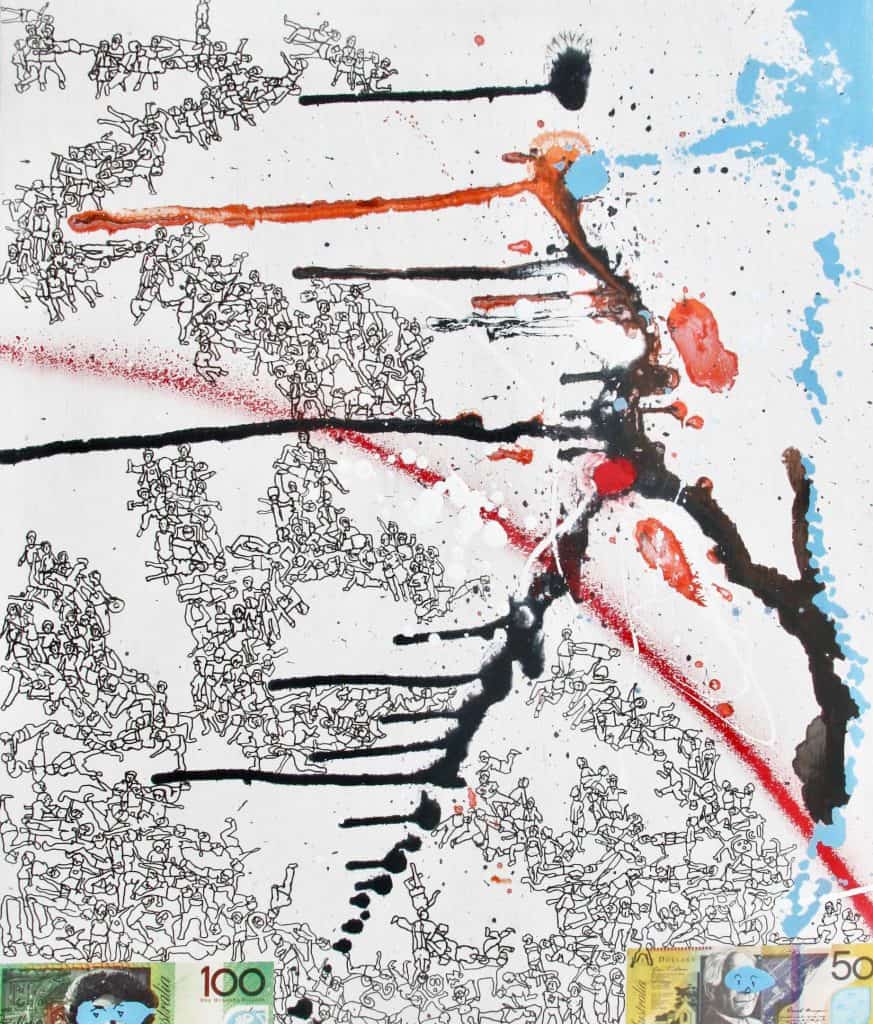 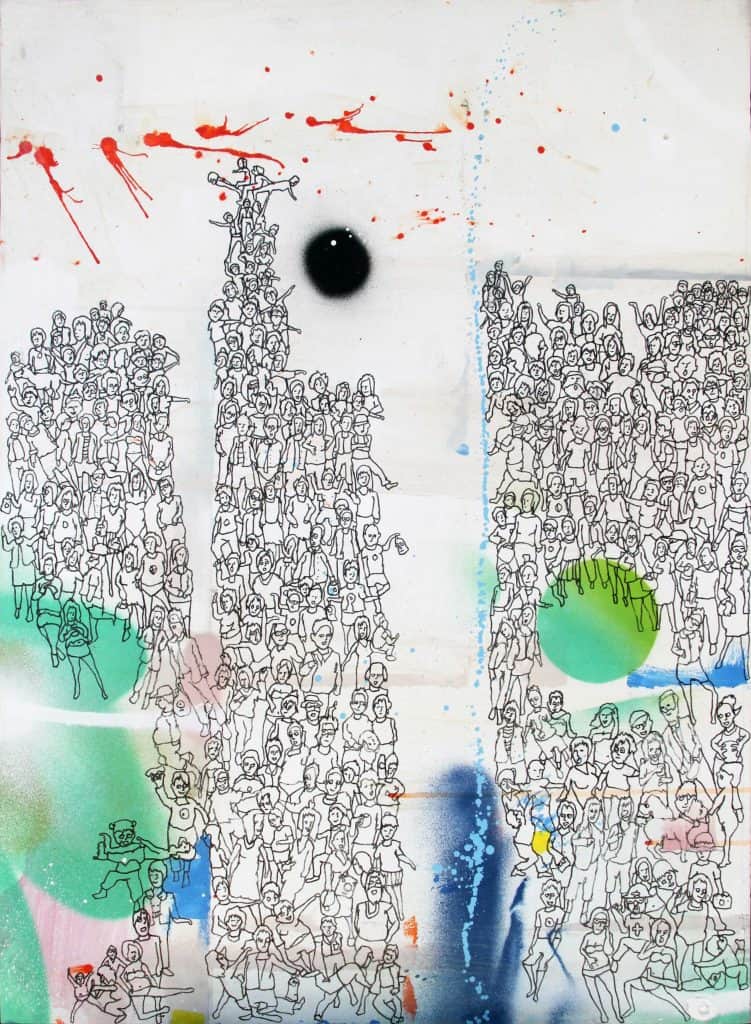 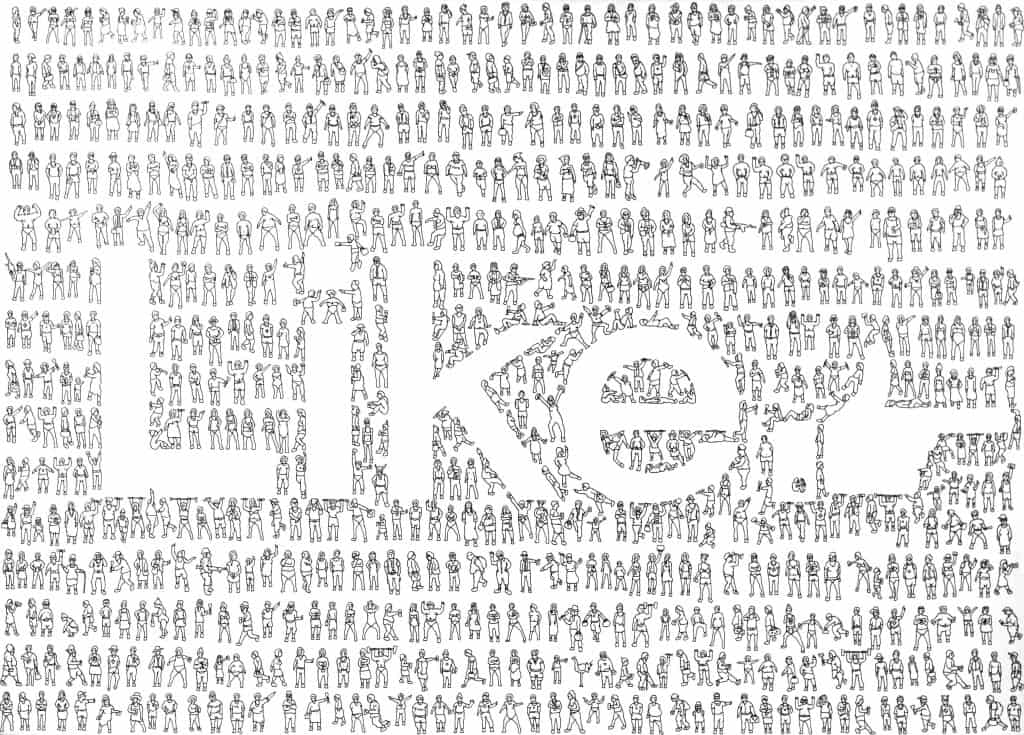 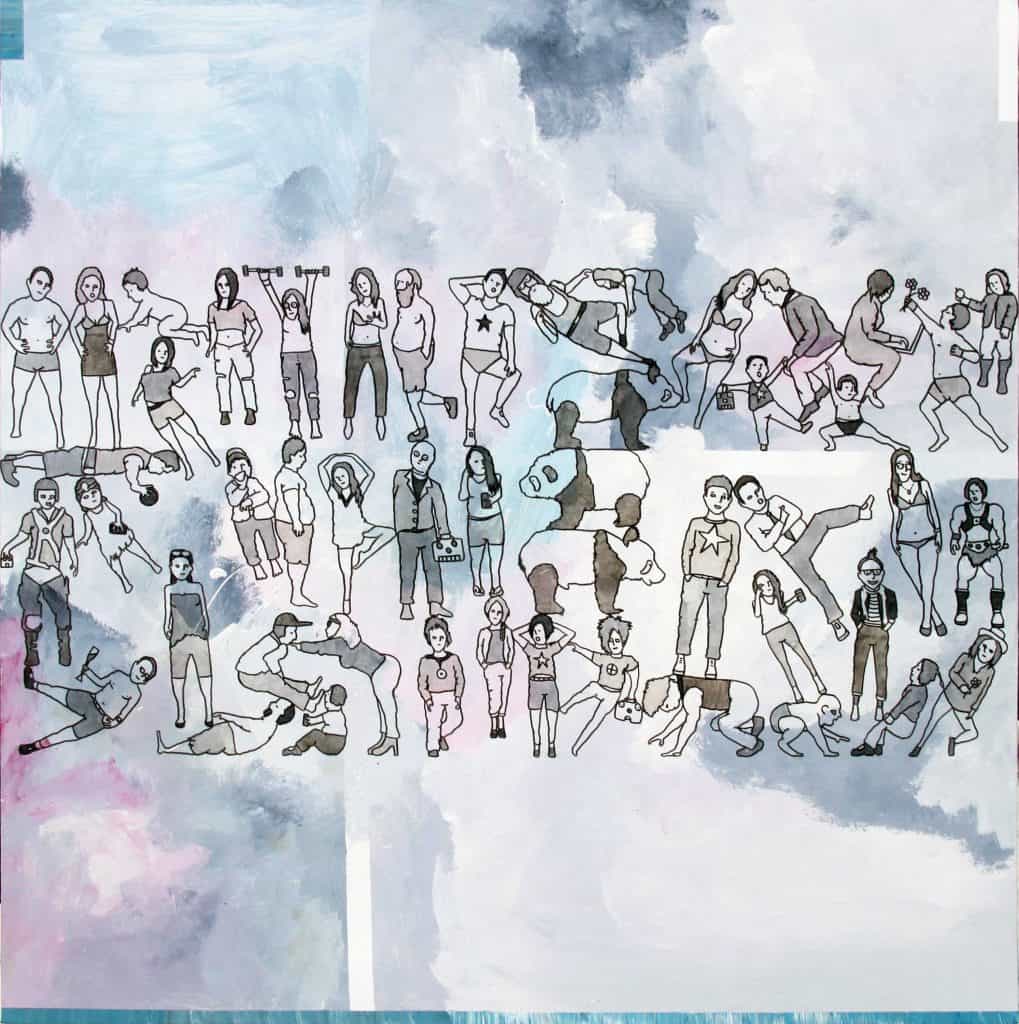 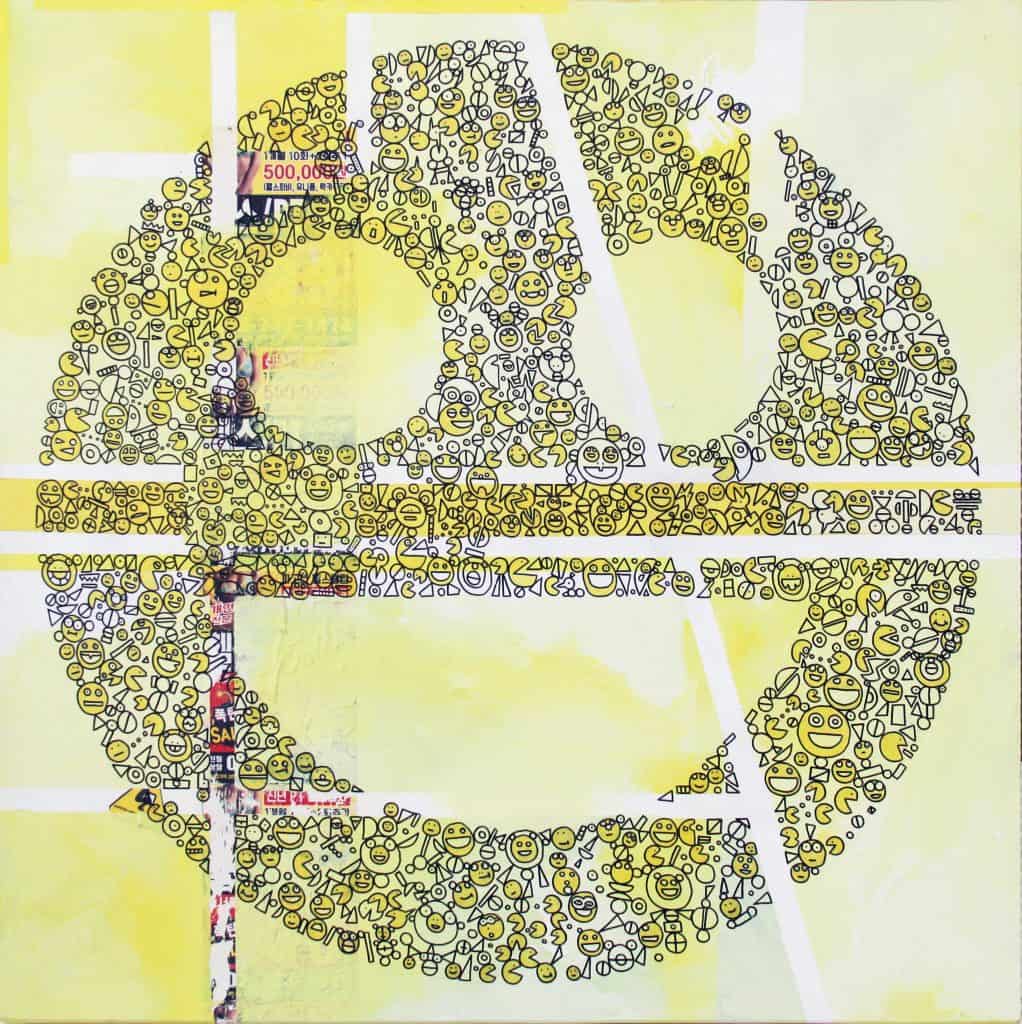 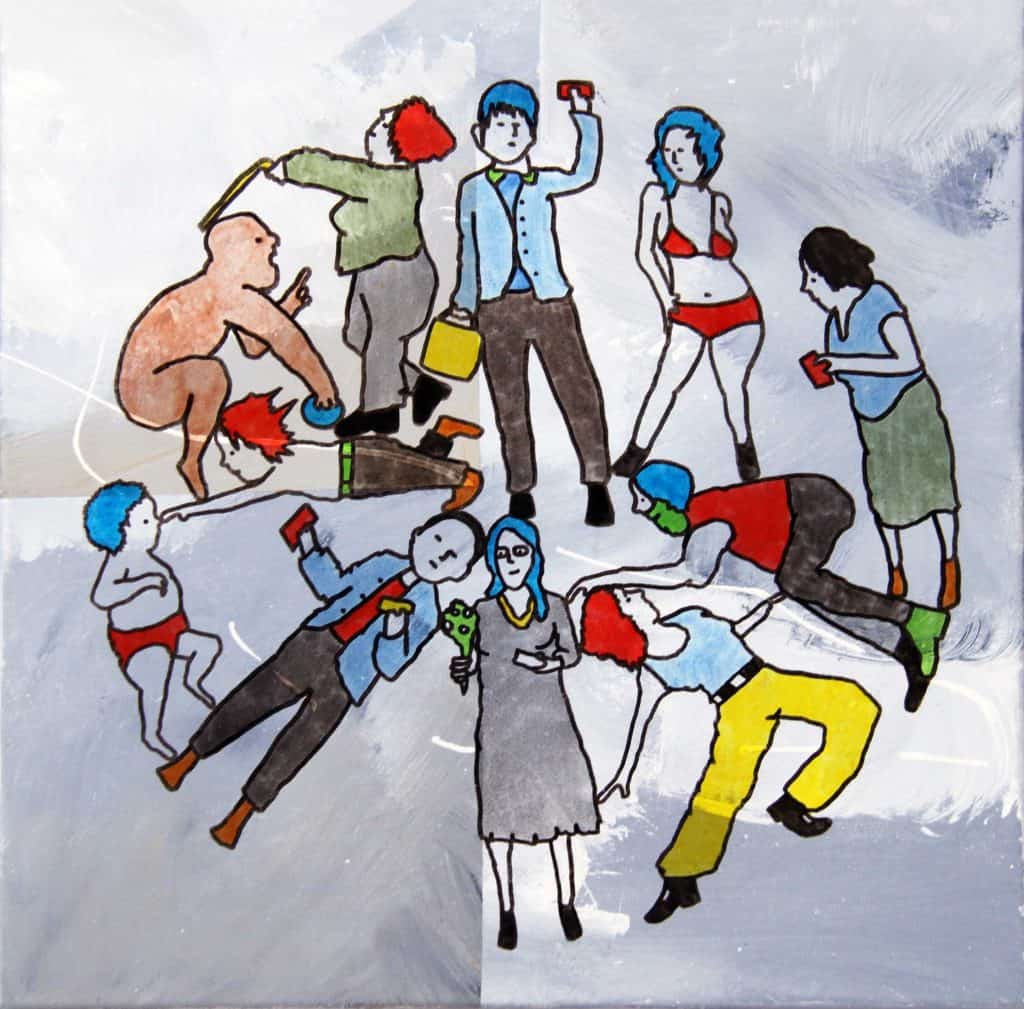 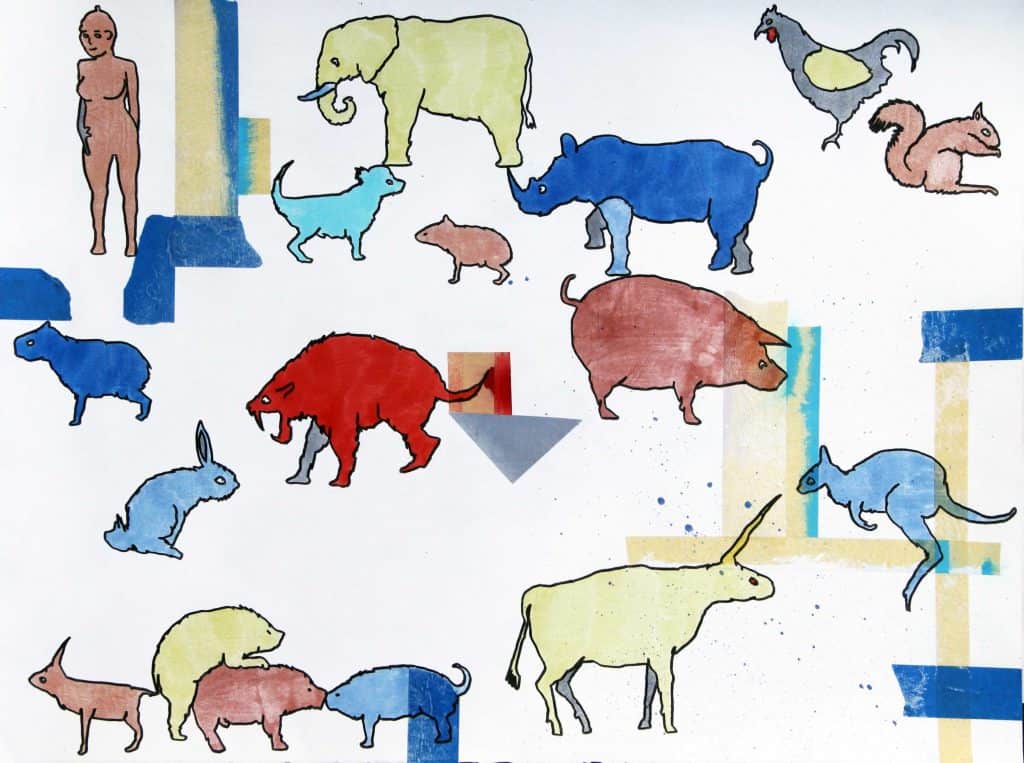 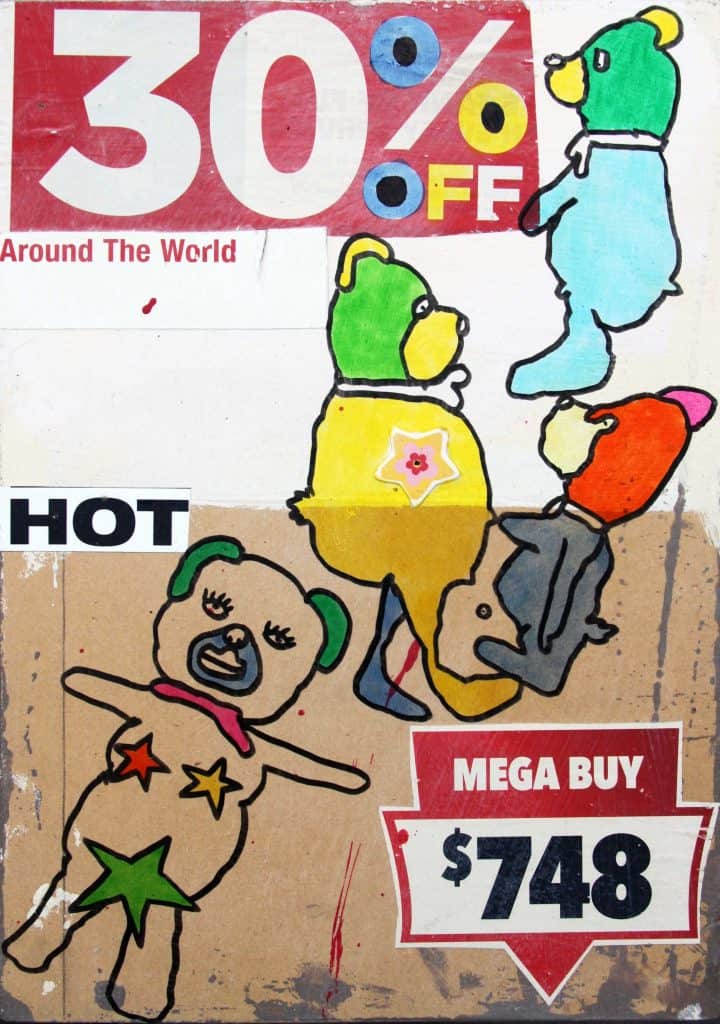 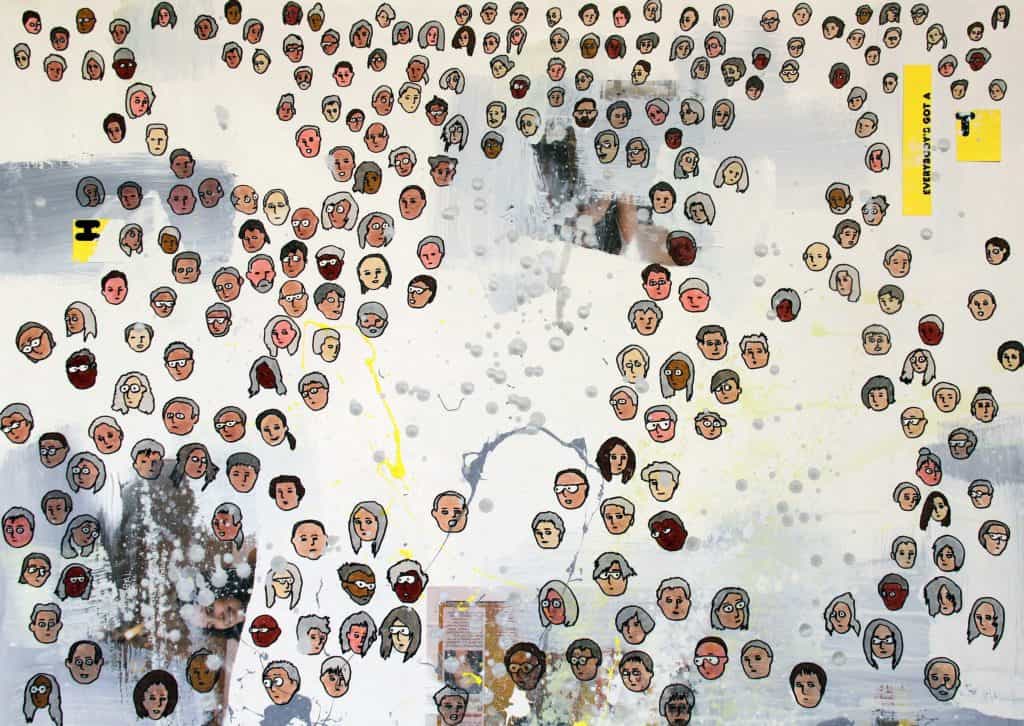 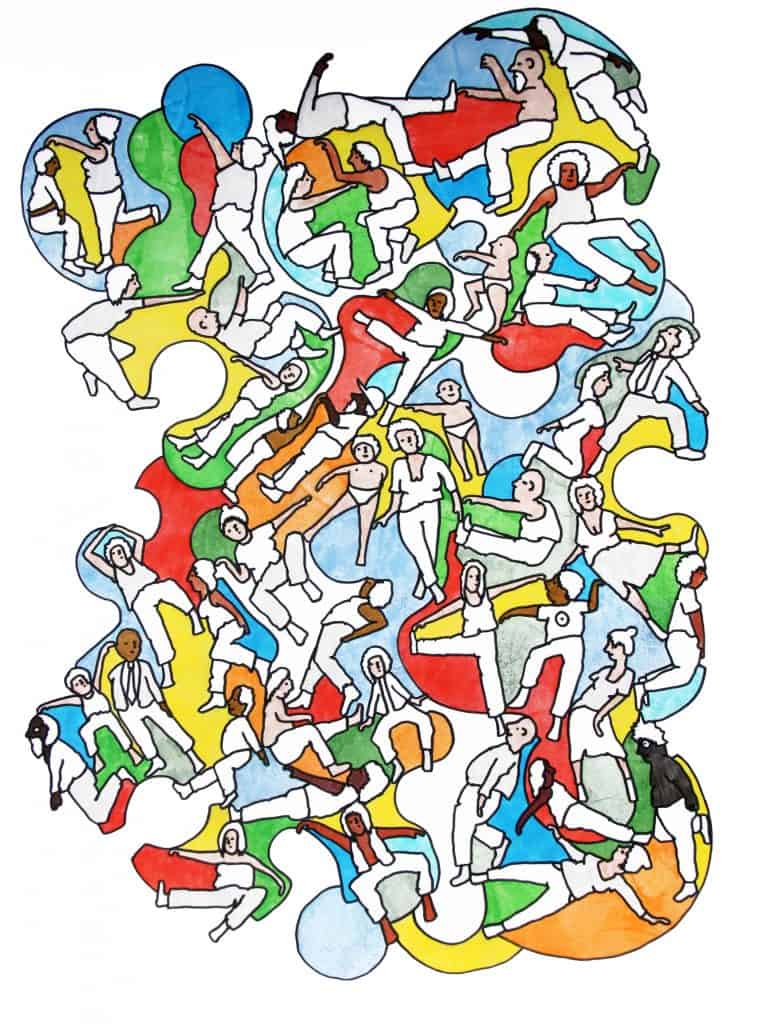 A self-taught artist, South African born Eddie Botha’s work is about interaction between people and people, people and nature, and people and technology. Botha draws from photos taken in public spaces, capturing movement as a moment in time, perhaps inspired by manga and the influence of video art.

Botha aims to entertain the viewer for as long as possible. His electronic works, ‘Artronica’, let the viewer interact directly with the work to determine how the work responds to them. In part motivated by breaking down the separation between people and art, Botha allows the viewer to touch the works, thus inviting them to make it a part of their life. Colours are used symbolically, as is the absence of colours. Botha’s artworks deal with the ‘pursuit of happiness’, some work with the theme of ‘terror-resting’, others look at what is halal.

Botha’s work is driven by what is happening around him and where it is produced. The importance of context is seen with the inclusion of the exact date and location of production.  Keeping his work light- hearted humour for Botha plays an important role, lightening the mood while pointing to serious issues the viewer can ponder.

Using found objects, collaged backgrounds set the scene for the story. Botha collages them into a partially painted background which he then draws on. The layered effects of the backgrounds are symbolic of concealing what has gone before and a certain renewal of the scene, allowing space to incorporate the ‘new’ story with the drawing, interpreting the present and, perhaps, revealing the future. 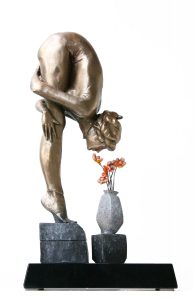