Fox Galleries is proud to present Fragile by Amanda Robins. As the artist writes:

Every year, I go to Wilsons’s Promontory in South Gippsland, the southern most point on the Australian mainland and a popular holiday destination for many Victorians. I love it there and spend my time painting, drawing, walking, swimming (if its warm enough!) and taking photos. It’s an endlessly inspiring place and I always come home refreshed with a folio of watercolours and photos to be worked on in my studio.

When I was a student at RMIT, we would go to the “prom” as a group to paint and I would set myself up in front of the brooding mountains, beside granite tors or over the dark brown waters of Tidal River to experiment and document the landscape. It was part of my painting apprenticeship and I loved being alone in the landscape, getting lost in the work and in my surroundings. Over the years my practice has evolved and grown and coming back to landscape more recently has surprised and delighted me – the works in Fragile feel freer and more connected – and the ideas and symbols of landscape have renewed my passion for painting.

As well as the “prom”, the works in Fragile also explore the beauty of the Antarctic landscape and of rugged wildernesses such as the Canadian Rockies and the Arctic tundra. I am drawn to the intricate structures and filigree of both mountains and ice and how they carry the brush on and inspire me in painting. I am also fascinated by the shapes and colours of these unusual landscapes and the beauty of their contained spaces – lakes and caves and swirling forms.

The other thing I am interested in is reflection – both in a literal and in a metaphorical sense. The reflective properties of water and ice and the idea of reflection as a part of the work of psychotherapy – and of painting.

The works in Fragile are part of a conversation about connection – connection with myself, of course but also in a wider sense about the connections we have with others, with ourselves and with the natural world that is a part of us.

To view this online exhibition visit our website or come in to the gallery’s stockroom starting 20 October. 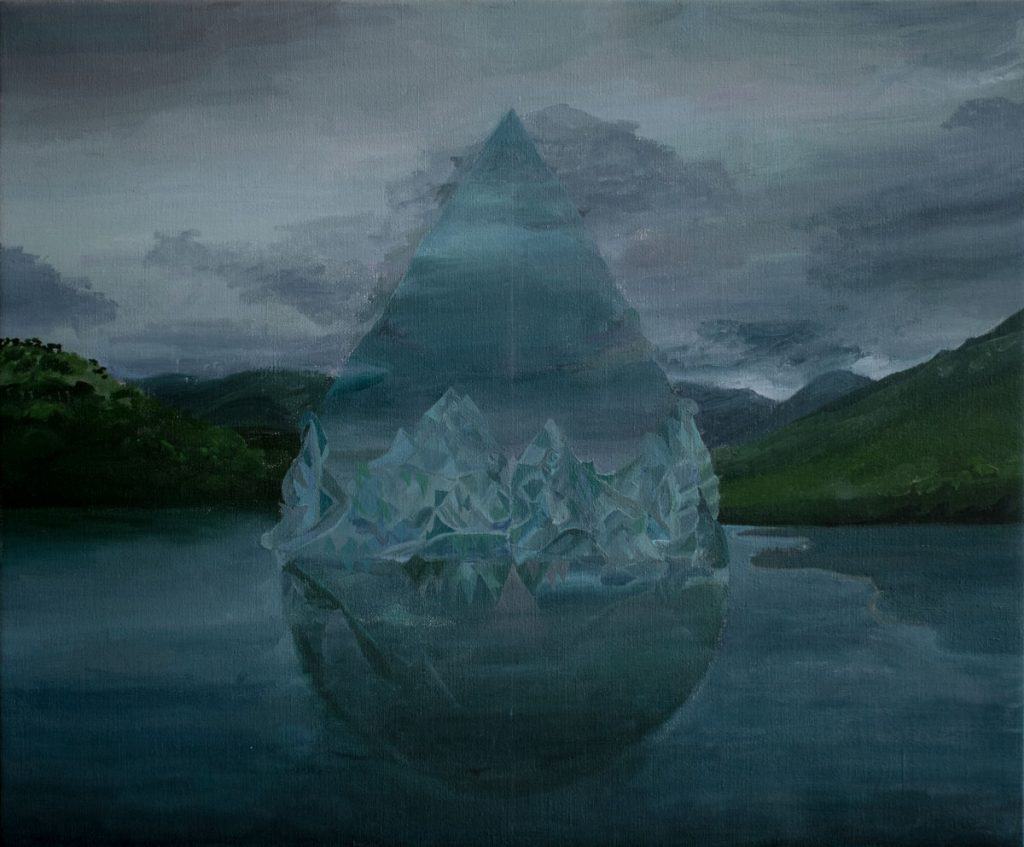 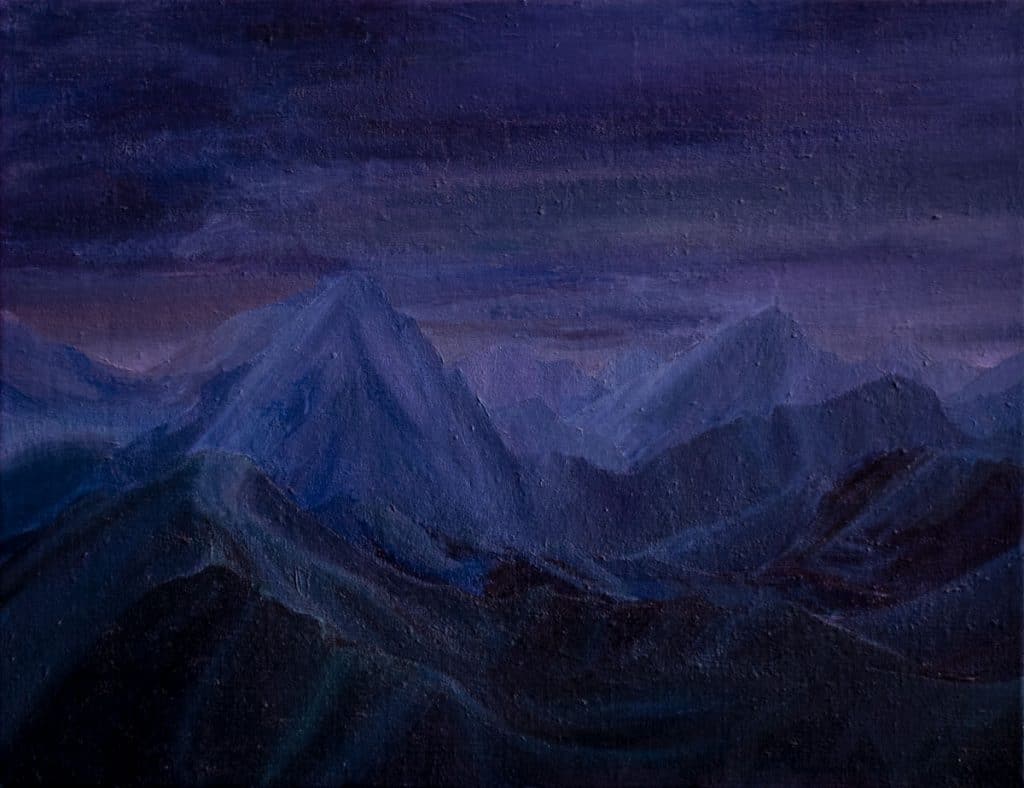 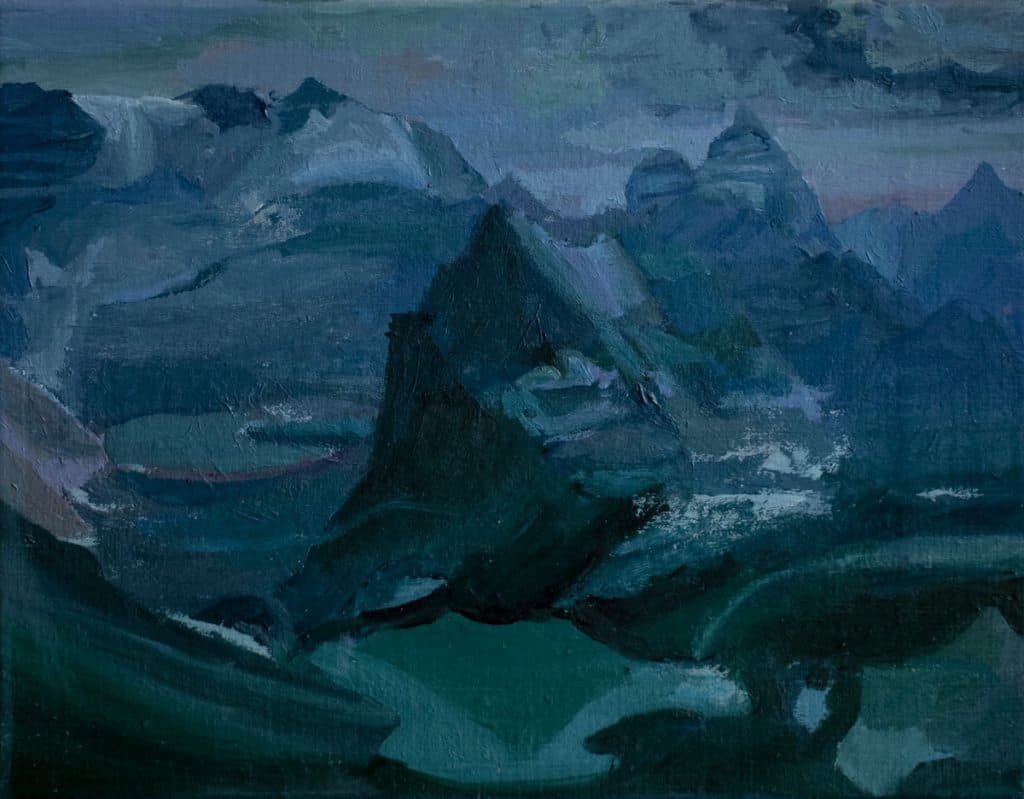 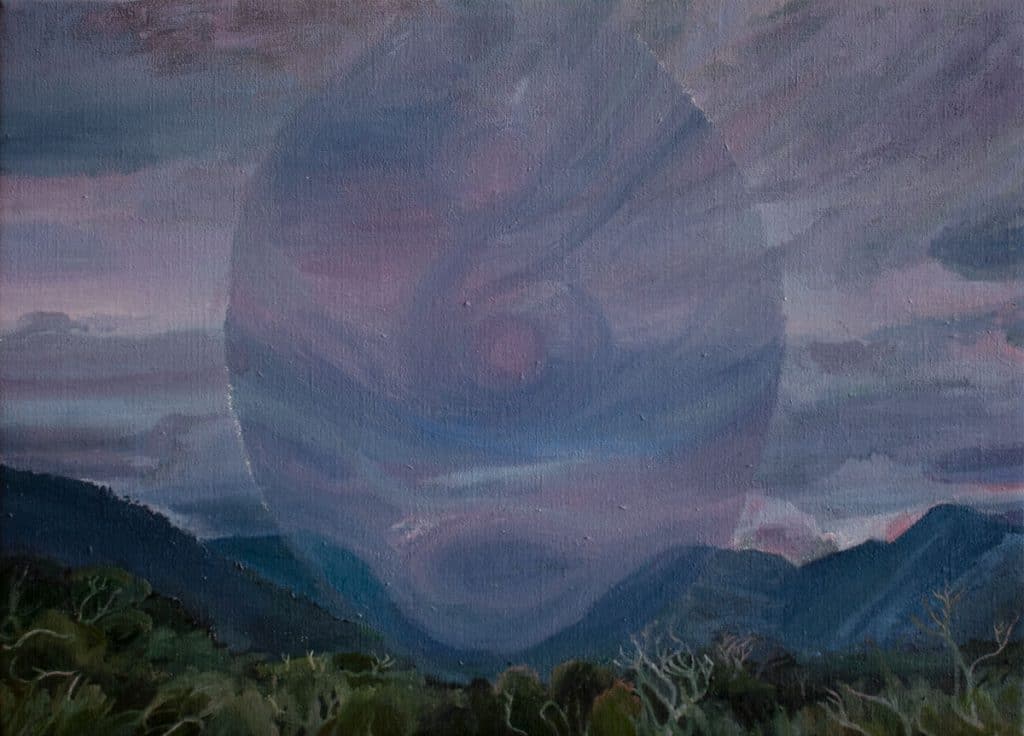 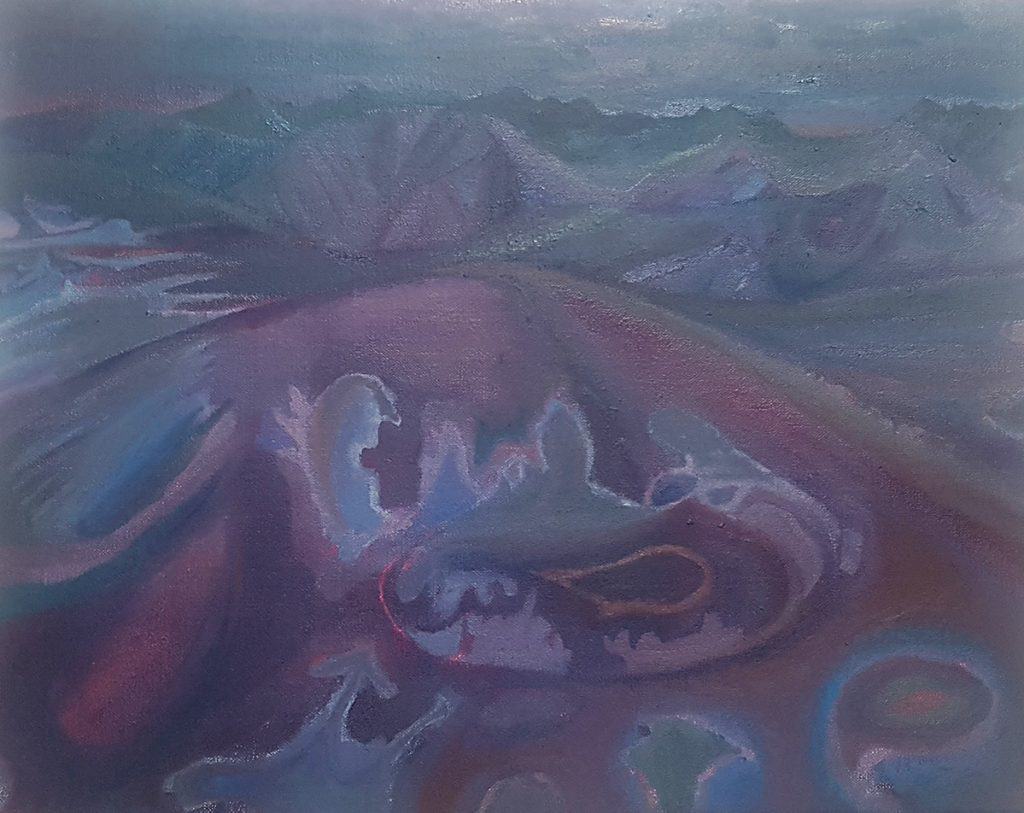